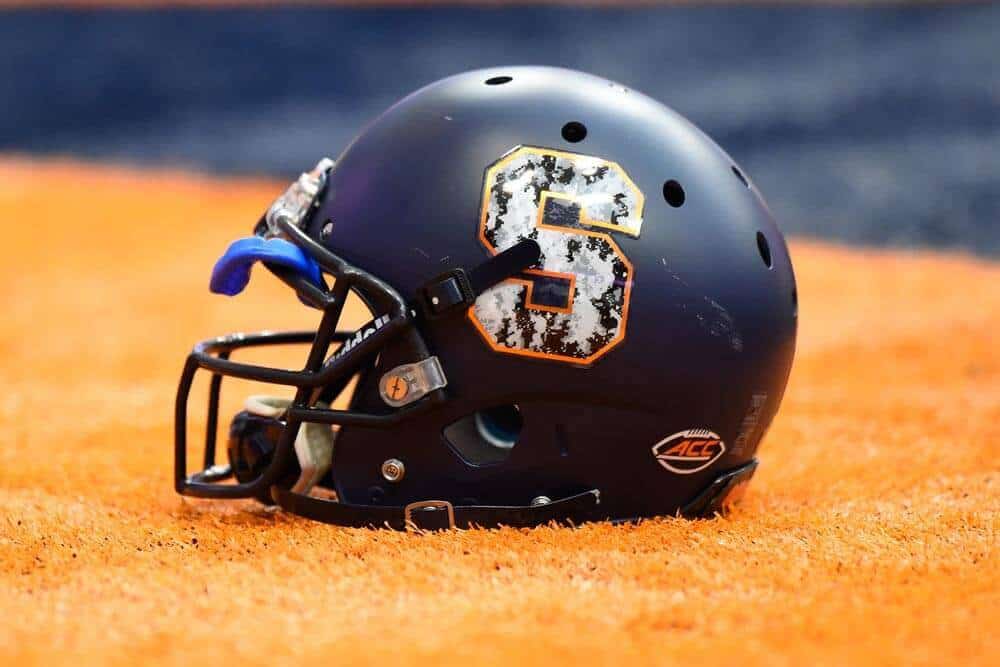 The Syracuse Orange and the Liberty Flames have scheduled a three-game football series for 2019 through 2021, both schools announced on Friday.

In the first game of the series, Liberty will host Syracuse at Williams Stadium in Lynchburg, Virginia on Aug. 31, 2019. The Flames will then travelt o face the Orange in back-to-back seasons at the Carrier Dome in 2020 (date TBA) and on Sept. 25, 2021.

The 2019 opener vs. Syracuse will mark Liberty’s first game as a full-fledged member of the Football Bowl Subdivision (FBS).

“We are grateful and excited to play our inaugural game as a full FBS member against Syracuse,” Liberty Director of Athletics Ian McCaw said. “To host a tradition-rich, ACC opponent at Williams Stadium will energize Flames Nation and provide widespread exposure for our emerging football program.”

Liberty moves up to the FBS next season, but will not be eligible to play in a bowl game until after the 2019 season. The Flames released their 2018 football schedule and several future opponents two weeks ago.

“We are pleased to add Liberty as an opponent,” Syracuse Director of Athletics John Wildhack said. “This series makes sense for many reasons. It’s an opportunity to play in an area that’s important to our recruiting and it’s within driving distance of one of our largest alumni centers (Washington, D.C.). Liberty is transitioning to the FBS and they are eager to get quality Power-Five teams on their schedule.”

Syracuse was previously scheduled to open the 2019 season at home vs. Holy Cross. As a result of adding the game at Liberty, Syracuse will move the Holy Cross game to another date that season.

But Syracuse is unable to announce their final opponent for the 2018 season?