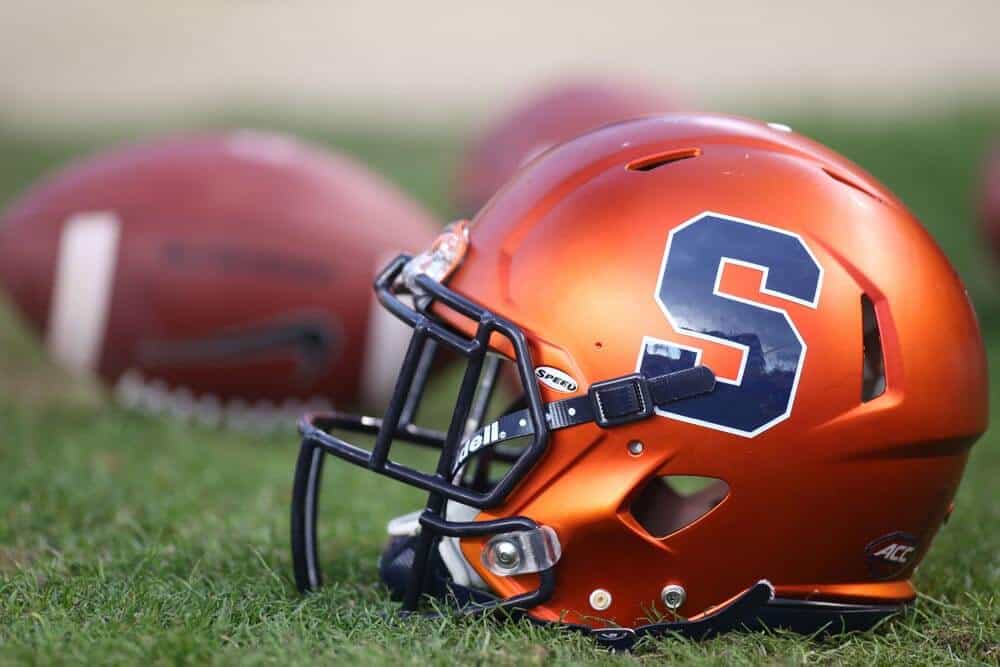 The Syracuse Orange have completed their 2017 non-conference football schedule, the school announced on Thursday.

Syracuse completed their 2017 slate with the addition of Central Connecticut State University. The two teams will open the 2017 season at the Carrier Dome on Sept. 2.

CCSU is a member of the Northeast Conference (NEC) in the Football Championship Subdivision (FCS). The Blue Devils finished the 2016 season 2-9 overall and 1-5 in conference play.

After hosting the Blue Devils, Syracuse will entertain two more non-conference foes at the Carrier Dome in consecutive weeks. Middle Tennessee visits on Sept. 9 and is followed by Central Michigan on Sept. 16.

Syracuse closes out the non-conference portion of their 2017 schedule on Sept. 23 at LSU. The game is the second half of a home-and-home series that began in 2015 at the Carrier Dome. LSU won that game 34-24.

Per today’s release, Syracuse expects the 2017 ACC football schedule to be released “in late January or early February.”

I think if the ACC is going to continue playing only 8 conference games a year schools should at least do what Clemson and North Carolina do and schedule two P5 OOC games a year. Gives you a better benchmark as to how strong a team is as compared to one P5 game OOC a year and three garbage games they are supposed to win.

Or, if you want play Boise/BYU/San Diego State back to back to back or something. Hard with those games though, as with any other OOC games as it is impossible to predict where any program will be 3 to 5 years from now.

Middle Tenn is a respectable G5, and LSU isn’t a cakewalk. CCSU is an embarrassment when much better CAA FCS like Maine or New Hampshire would gladly come to Syracuse. Central Michigan… well, I wouldn’t let them hang around until a hail mary! ;)

Correct me if I’m wrong, but the only FBS schools with only 11 games scheduled for 2017 are: UNLV, Air Force, Coastal Carolina, Miami FL, FIU, and NIU.

Don’t know the answer to that.