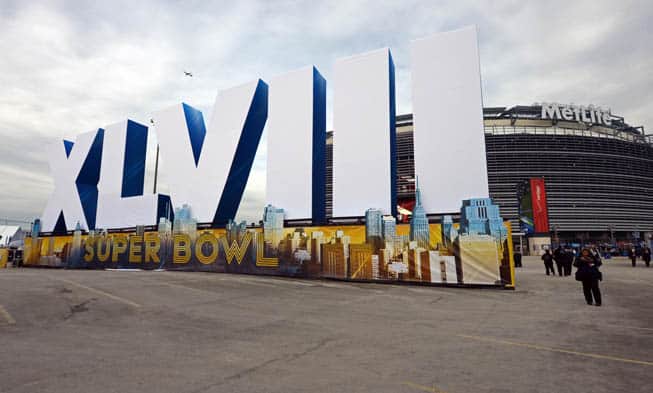 The Denver Broncos and the Seattle Seahawks are set to meet in Super Bowl XLVIII this evening at MetLife Stadium in East Rutherford, NJ. The game will be televised by FOX at 6:30pm ET.

Weather was a concern for the Super Bowl tonight, but it looks like the game will be played in decent conditions under the circumstances. The temperature should be around 44 degrees at kickoff, and precipitation is not expected in the area until late in the evening.

Who are you rooting for in the Super Bowl? Let us know in the comments below. Also, don’t forget you still have a chance to win a Broncos or Seahawks Limited Edition Super Bowl Jersey from FanKave.