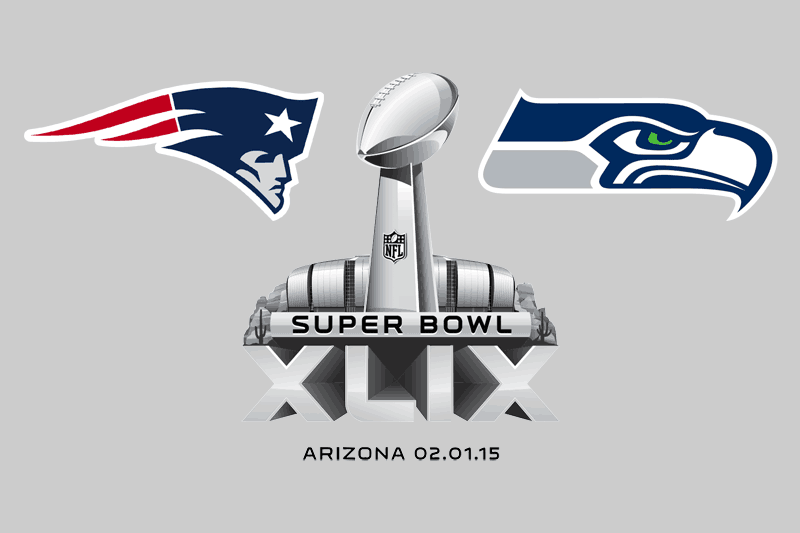 Super Bowl XLIX will feature the New England Patriots vs. the Seattle Seahawks. The game will be played on Sunday, Feb. 1, 2015 at University of Phoenix Stadium in Glendale, AZ (6:30pm ET, NBC).

New England (14-4) advanced to the Super Bowl by beating Baltimore 35-31 in the Divisional Round and Indianapolis 45-7 in the AFC Championship Game.

Seattle (14-4) made it to the big game after defeating Carolina 31-17 in the Divisional Round and Green Bay 28-22 (OT) in the NFC Championship Game.

This will be New England’s eighth Super Bowl appearance and Seattle’s third. The Patriots are 3-4 overall, while the Seahawks are 1-1.

That’s because there is no team like the Seahawks!! These guys define the word. They are CHAMPIONS!! Not just because they’re winners but they love eachother, the spirit of the game and the twelves!!! There is no dollar amount too high for this TEAM. GO HAWKS!!!

New England Patriots rule but they only won by luck