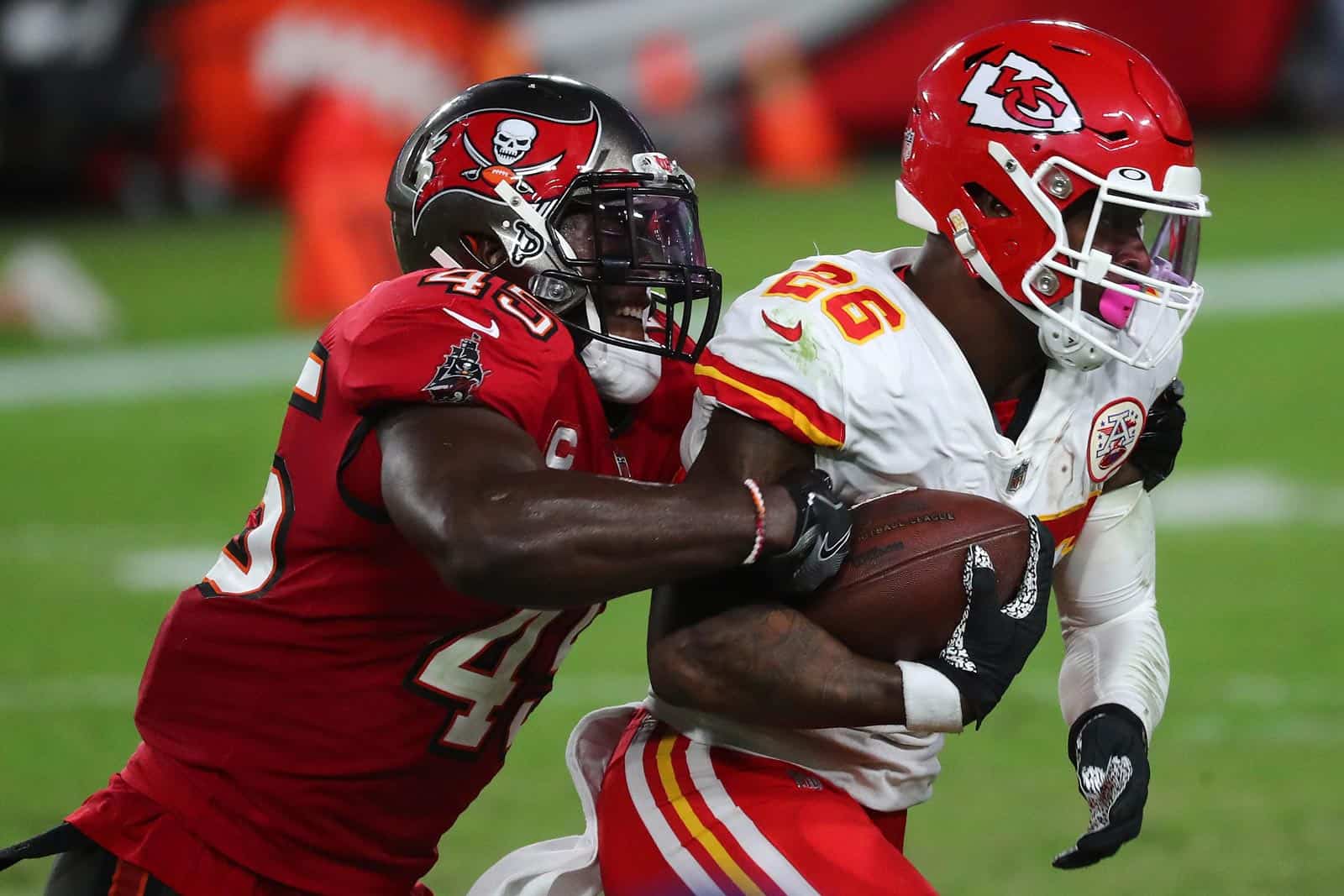 Raymond James Stadium in Tampa, Fla., will host Super Bowl LV between the Chiefs and Buccaneers on Sunday, Feb. 7, 2021 at 6:30pm ET. The game will be televised by CBS.

Kansas City (14-2), the defending Super Bowl champion, advanced to Super Bowl LV after defeating the Cleveland Browns 22-17 in the Divisional Round and the Buffalo Bills 38-24 in the AFC Championship Game, both at home at Arrowhead Stadium in Kansas City, Mo.

Tampa Bay (11-5) made it to the big game by defeating the Washington Football Team 31-23 in the Wild-Card Round, the New Orleans Saints 30-20 in the Divisional Round, and the Green Bay Packers 31-26 in the NFC Championship Game. The Buccaneers won all three contests on the road and are the first team to make the Super Bowl as a Wild-Card since the 2010-11 Green Bay Packers.

Sunday’s game will mark Kansas City’s fourth Super Bowl appearance, which is tied for 11th among all franchises. The Chiefs have a 2-1 record in the big game and last won on February 2, 2020 over the San Francisco 49ers in Miami Gardens, Fla., 31-20, in Super Bowl LIV.

Tampa Bay will be playing in only their second Super Bowl as a franchise. The Buccaneers defeated the Oakland Raiders 48-21 in their first appearance on January 26, 2003 in Super Bowl XXXVII in San Diego, Calif.

Kansas City and Tampa Bay last met during the 2020 regular-season. The Chiefs defeated the Buccaneers 27-24 in that matchup in Tampa, but the Buccaneers still lead the overall series 7-6.

Carl Cheffers, who wears uniform number 51, is the referee for Super Bowl LV. The Tampa Bay Buccaneers are a three-point favorite in the contest.