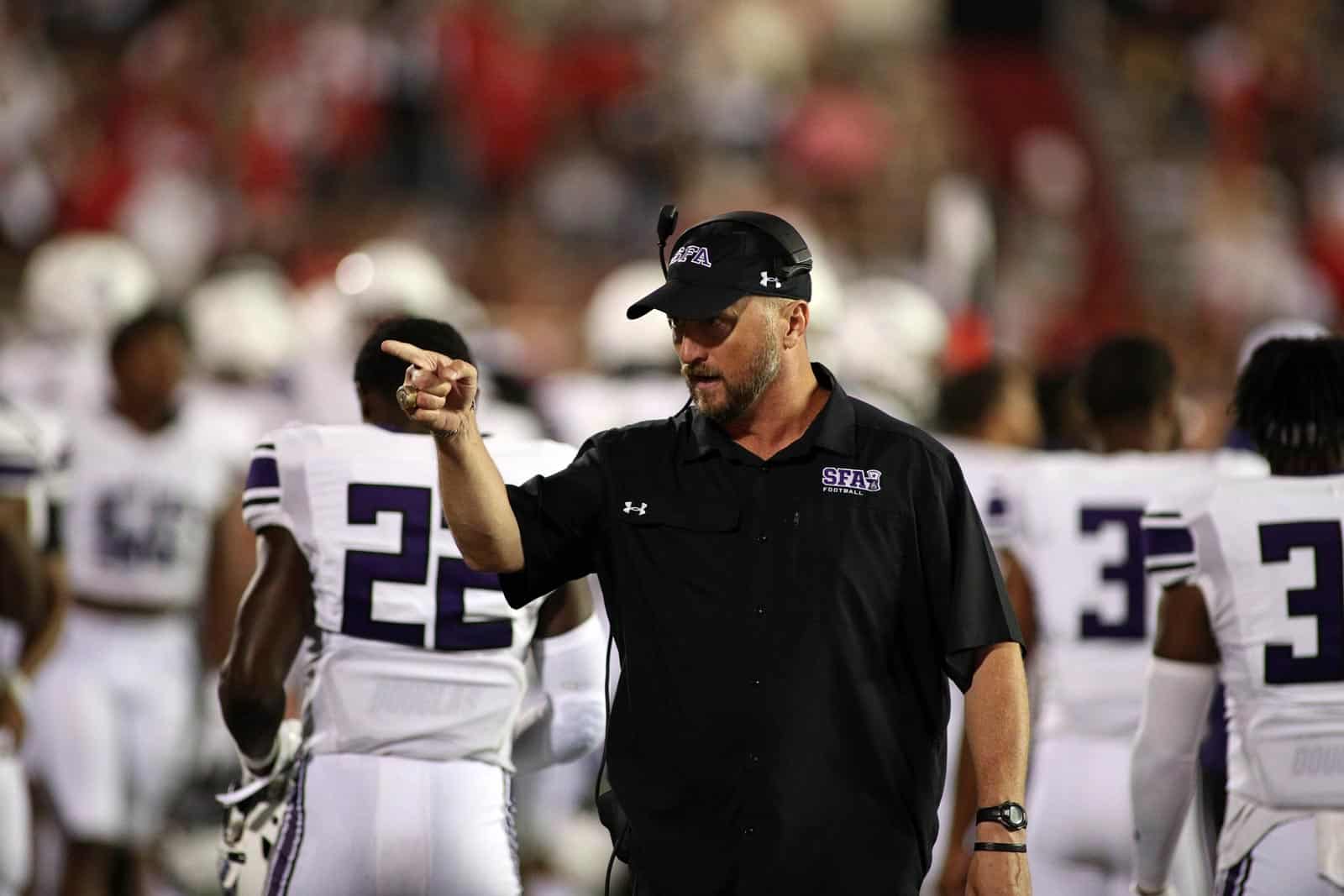 The Stephen F. Austin Lumberjacks have released their 2022 football schedule, which features a game at Louisiana Tech.

Stephen F. Austin opens the 2022 season in Week Zero on Saturday, Aug. 27 in the Montgomery Kickoff against the Jacksonville State Gamecocks. The game will be played at the Cramton Bowl in Montgomery, Ala.

Consecutive road contests are up next as the Lumberjacks visit the Alcorn State Braves on Sept. 3 and the Louisiana Tech Bulldogs on Sept. 10.

Following an open date, Stephen F. Austin opens their home slate at Homer Bryce Stadium in Nacogdoches, Texas, on Saturday, Sept. 24 against the Lamar Cardinals, which will be the Western Athletic Conference (WAC) opener for the Lumberjacks.

The Battle of the Piney Woods, SFA’s annual clash with Sam Houston, is set for Saturday, Oct. 1 and will be played at NRG Stadium in Houston, Texas.

Following that contest, the Lumberjacks return home to host UIW on Oct. 8 at Homer Bryce Stadium. After an open date on Oct. 15, SFA travels to take on Southern Utah on Oct. 22.

Stephen F. Austin then returns home to Nacogdoches to host three consecutive games against Dixie State on Oct. 29, Tarleton State on Nov. 5, and Central Arkansas on Nov. 12. The contest against Central Arkansas was previously unannounced.

Stephen F. Austin wraps up the 2022 regular-season with a road contest at Abilene Christian on Nov. 19.

Below is Stephen F. Austin’s complete schedule for the 2022 season, plus a link to their schedule page which will be updated with kickoff times and TV as they are announced:

Stephen F. Austin finished the fall 2021 season 8-4 overall and 6-2 in the WAC-ASUN Challenge. The Lumberjacks advanced to the FCS Playoffs, but fell on the road at UIW 35-28 in overtime.