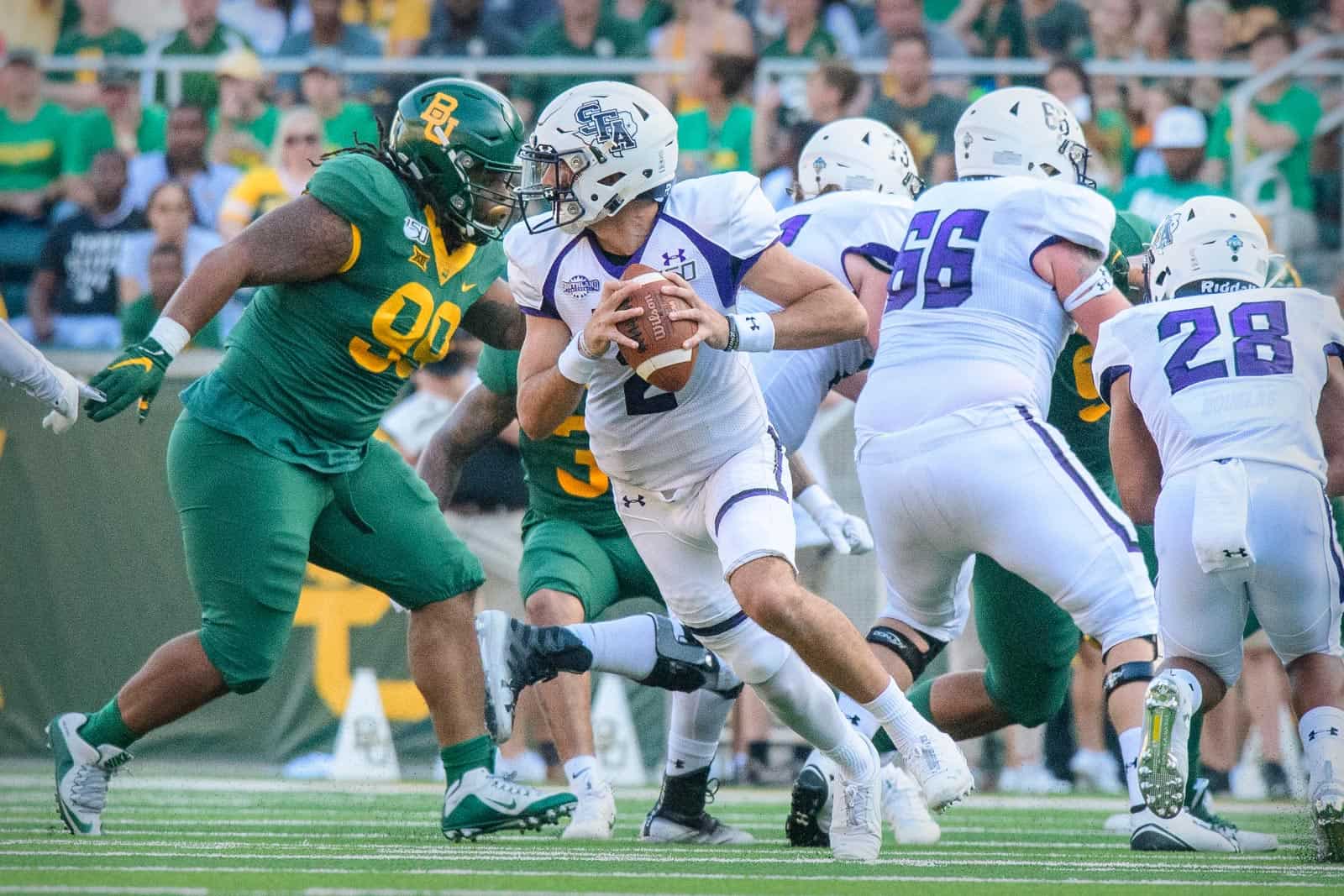 The Stephen F. Austin Lumberjacks have released their 2020 football schedule, which features a game at SMU.

Stephen F. Austin opens the 2020 season with a non-conference contest on the road against Alabama A&M on Saturday, Sept. 5.

The following week on Sept 12, the Lumberjacks travel to take on SMU, their only game against a Football Bowl Subdivision (FBS) opponent and second of two non-conference games this season.

Stephen F. Austin kicks off their Southland Conference schedule with back-to-back contests at home at Homer Bryce Stadium in Nacogdoches, Texas, against Lamar on Sept. 19 and Abilene Christian on Sept. 26.

The following week on Oct. 3, Stephen F. Austin takes on Sam Houston State in the Battle of the Piney Woods at NRG Stadium in Houston, Texas. Another road game for Stephen F. Austin is scheduled for Oct. 10 at Nicholls.

After an open date on Oct. 17, the Lumberjacks host Central Arkansas in Nacogdoches on Oct. 24. Stephen F. Austin then travels to take on McNeese on Halloween (Oct. 31).

Stephen F. Austin wraps up the 2020 regular-season with two of three games at Homer Bryce Stadium. The Lumberjacks host Southeastern Louisiana on Nov. 7, play at Incarnate Word on Nov. 14, and host Northwestern State on Thursday, Nov. 19.

The Lumberjacks finished the 2019 season 3-9 overall and 3-6 in Southland Conference action. It was the first season under head coach Colby Carthel.

Below is Stephen F. Austin’s complete schedule for the 2020 season, plus a link to their schedule page which will be updated with kickoff times and TV as they are announced: