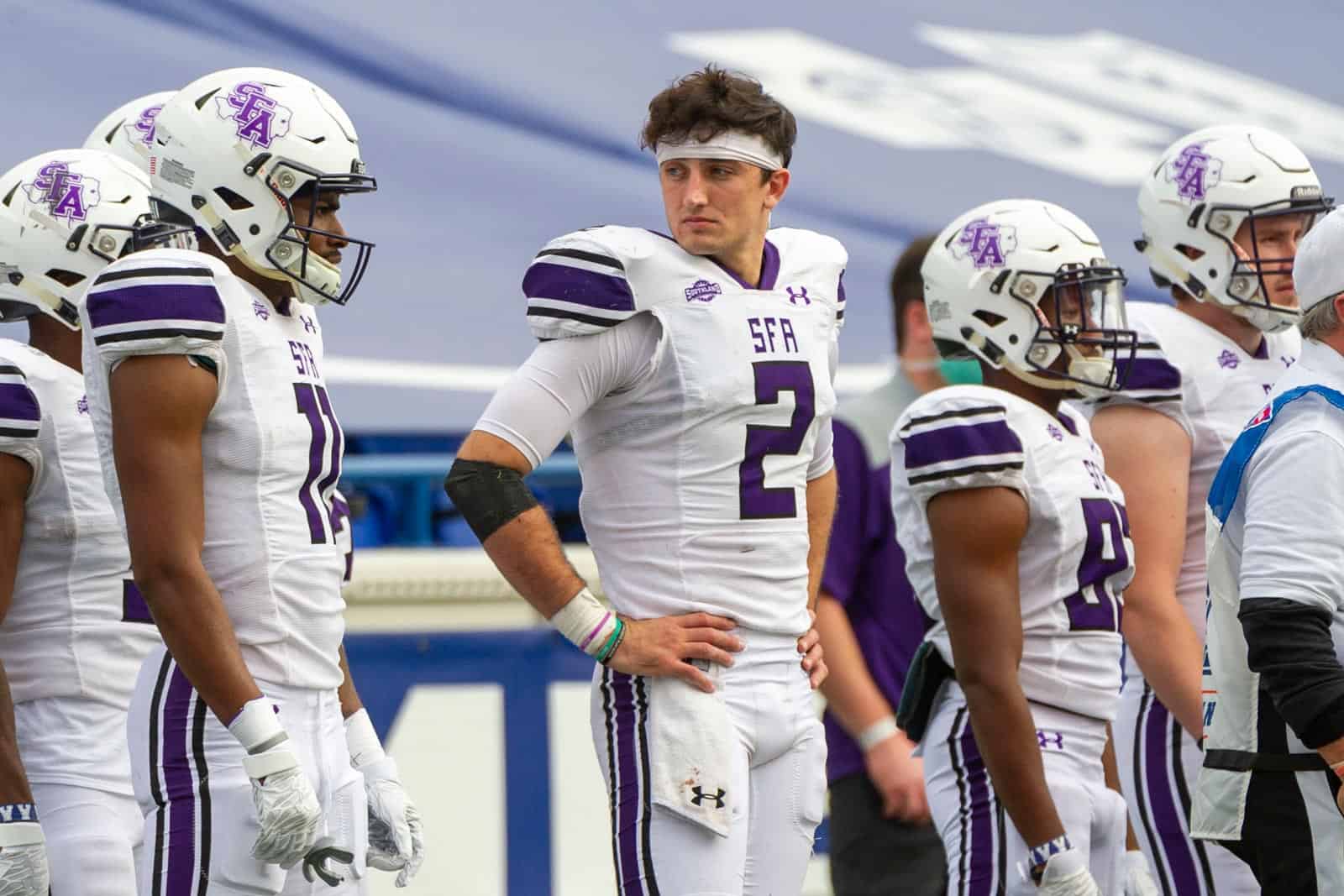 The Stephen F. Austin Lumberjacks have announced their 2021 football schedule, which features a game at Texas Tech.

Stephen F. Austin officially departs the Southland Conference on July 1 and will begin play as a member of the Western Athletic Conference (WAC) this fall. For the 2021 season only, the Lumberjacks will compete with six other schools, three from the ASUN, as the AQ7 for an automatic bid to the FCS Playoffs.

Stephen F. Austin opens the 2021 season at home at Homer Bryce Stadium in Nacogdoches, Texas, on Saturday, Sept. 4 against the Tarleton State Texans. The Lumberjacks then travel to face Texas Tech on Sept. 11 before returning home to host Mississippi Valley State on Sept. 18 and Lincoln University on Sept. 25.

The Battle of the Piney Woods, SFA’s annual clash with Sam Houston State, is set for Oct. 2 and will be played at NRG Stadium in Houston, Texas. Following that contest, the Lumberjacks travel to take on Jacksonville State on Oct. 9 before their only open date of the season on Oct. 16.

Stephen F. Austin wraps up the 2021 regular-season with back-to-back road contests at Central Arkansas on Nov. 13 and at Lamar on Nov. 20.

Below is Stephen F. Austin’s complete schedule for the 2021 season, plus a link to their schedule page which will be updated with kickoff times and TV as they are announced:

Since the fall 2020 Southland Conference season was postponed, Stephen F. Austin opted to play a full non-conference schedule during the fall. The Lumberjacks finished that slate 6-4 overall.

Lincoln of California is not a member of NCAA Division II.

I got that from FootballScoop, couldn’t find any other information: