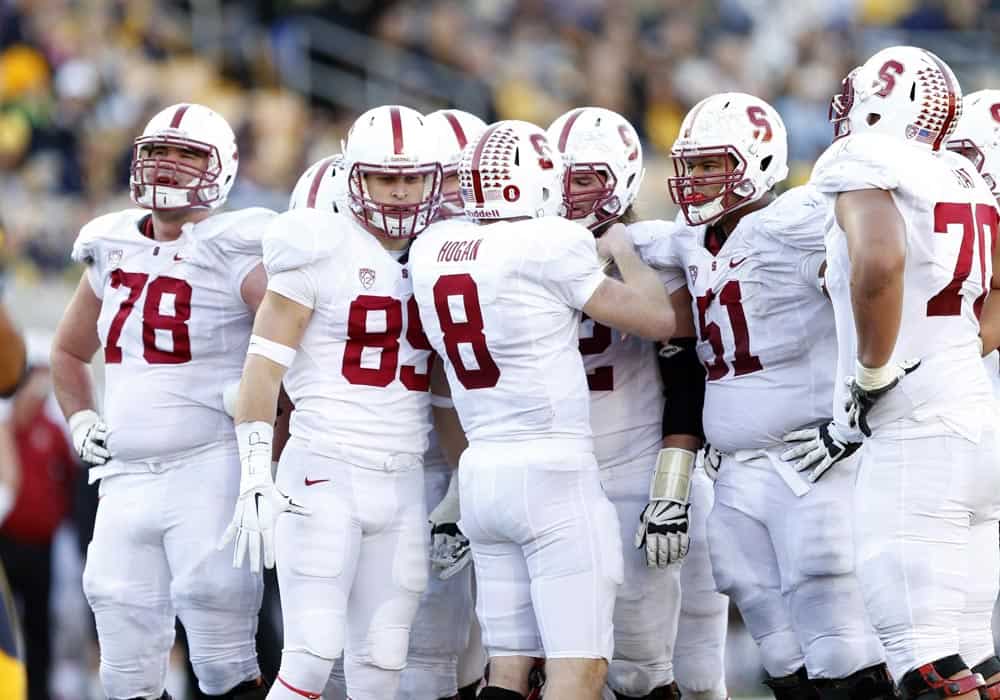 The Stanford Cardinal have posted an update to their future non-conference football schedule in their 2015 media guide.

Stanford currently has 24 games scheduled through the 2027 season. The listing reveals a change in their future series with Northwestern and also lists a few previously unreleased dates against Notre Dame.

But with the Big Ten moving to a nine-game schedule, the 2016 contest was scrapped, and now a Stanford spokesperson has confirmed that the 2020 through 2022 games have been dropped as well. The lone games remaining are Sept. 5, 2015 at Northwestern and Aug. 31, 2019 at Stanford.

Stanford has played Notre Dame annually since 1997 and has games scheduled with the Fighting Irish through 2020. However, Stanford’s media guide currently does not list future games against Notre Dame in 2021 or 2025 through 2027.

Come on, Dickson. Be proactive.

Also weird no ND game in 2021, as since ND plays USC at home means ND will not go to Cali for the first time in 25 years. ND always schedules stanford and usc alternating dates so they always get a game in Cali to recruit.

It’s possible that Stanford and ND don’t have agreed upon dates in those seasons so they didn’t list them.