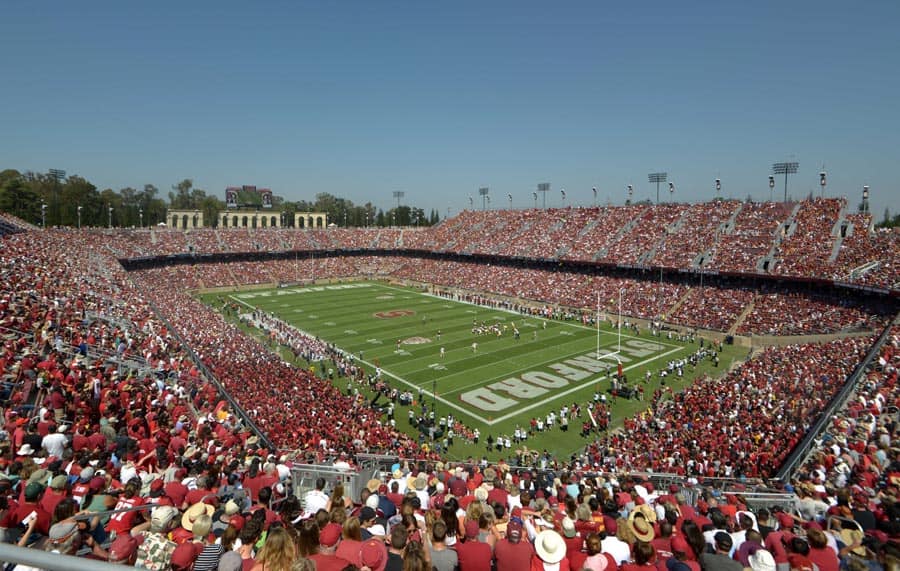 The Stanford Cardinal and the San Diego State Aztecs have agreed to a home-and-home football series in 2017 and 2018, both schools have announced.

Stanford and San Diego State have met a total of four times on the gridiron with the last contest coming in 1988. The Cardinal lead the series 3-1.

For Stanford, the series with San Diego State replaces a previously scheduled set against Virginia for the same two seasons. According to a prior release, the Stanford-Virginia series was canceled due to a “scheduling conflict.”

Stanford has now tentatively completed their non-conference schedule in 2017. The Cardinal are also set to open at Rice on Sept. 2 and host Notre Dame on a date to be announced.

In 2018, Stanford is slated to travel to Notre Dame on Oct. 15. The Cardinal need only one more non-conference game for that season.

San Diego State has also completed their 2017 non-conference schedule. In addition to Stanford, the Aztecs are set to host UC Davis (Sept. 2) and Northern Illinois (Sept. 30) and travel to Arizona State (Sept. 9).

The Aztecs currently have one other non-conference games announced for the 2018 season, which is a Sept. 15 home game vs. Arizona State.

Are you sure they’re playing on October 15, 2018? Just checked Notre Dame’s website and it’s not listed on the upcoming schedule, and that is a Monday, as well.