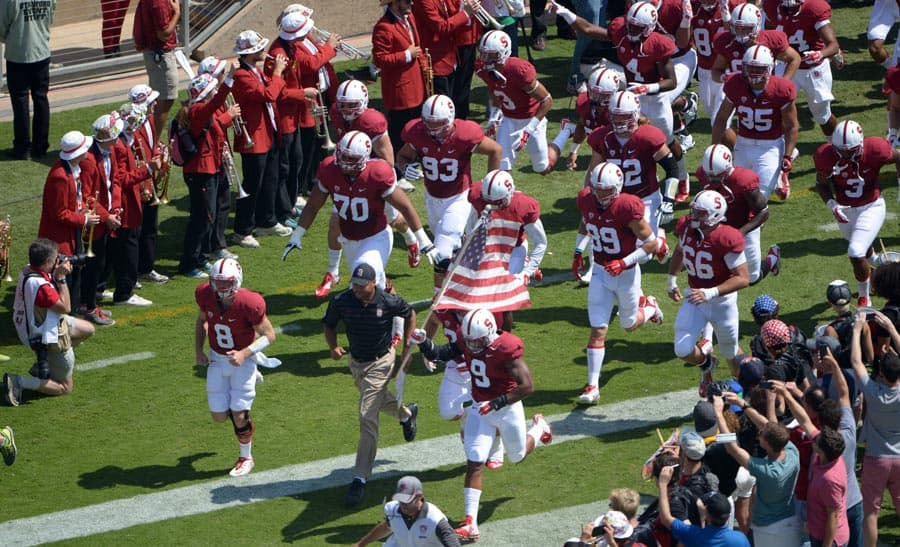 The Stanford Cardinal have scheduled a home-and-home series with TCU and a four-game series with Vanderbilt, it was officially announced today.

Last May, Vanderbilt head coach Derek Mason, who came from Stanford, told the media that they were in the process of scheduling the Cardinal.

Stanford has also scheduled a home-and-home series with TCU of the Big 12. Stanford will host TCU on Aug. 31, 2024 and will travel to face the Horned Frogs at Amon G. Carter Stadium in Fort Worth on Sept. 4, 2027.

Stanford and TCU have met twice in their history in a home-and-home series in 2007 and 2008. TCU won both games and holds a 2-0 lead in the series.

Really hard to believe Stanford and Vanderbilt have never played. Seems like Stanford, Duke, Northwestern, Vandy, Rice, Army, and Navy are constantly playing series with each other.

It’s nice to see that TCU is doing the right thing and beefing up their schedule. Baylor on the other hand, isn’t doing much of nothing.

Come on Tulane, schedule like you are a serious player.