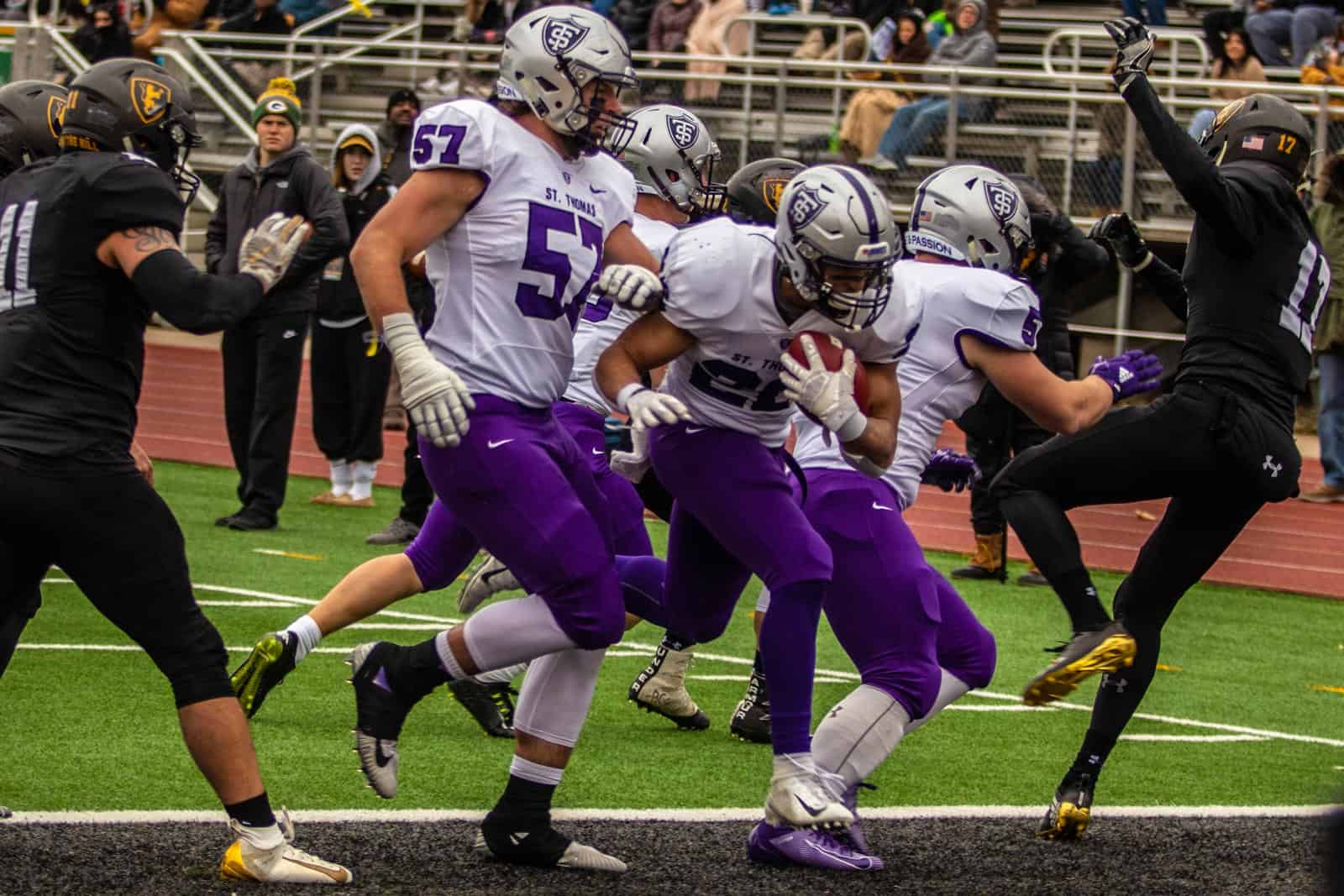 The St. Thomas Tommies will join the Pioneer Football League in the Football Championship Subdivision (FCS) in 2021, the school announced on Wednesday.

St. Thomas University, located in Saint Paul, Minn., is currently a member of the Minnesota Intercollegiate Athletic Conference (MIAC) in Division III. However, on May 22, 2019, the school announced that they were “involuntarily” being removed from the MIAC because of their “competitive” advantages.

The Tommies have won six MIAC titles since 2010 and played in the Division III national championship game in both 2012 and 2015.

Due to their removal from the MIAC, the school applied to the NCAA for a waiver to jump directly from Division III to Division I football, a process that normally takes 12 years under NCAA rules.

“Our St. Thomas community is excited to embark on this journey of building Minnesota’s first private D-I collegiate athletics program and the second D-I program in the state,” said Julie Sullivan, president, University of St. Thomas. “St. Thomas has a long history of academic and athletic excellence and embracing change with an entrepreneurial spirit. This move continues that trajectory.”

St. Thomas will join the Presbyterian Blue Hose as new members of the Pioneer Football League in 2021. Jacksonville dropped their football program earlier this year, which will give the PFL 11-members beginning in 2021. Other current members include Butler, Davidson, Dayton, Drake, Marist, Morehead State, San Diego, Stetson, and Valparaiso.

“The Tommies were one of the NCAA’s most successful football programs at any level over the past decade and they live their university mission off the field, which makes them an outstanding institutional fit for us,” said Patty Viverito, Pioneer Football League commissioner. “We are thrilled to expand to the Twin Cities, and proud to welcome a program with a track record for graduating players, winning conference titles and playoff games, and serving its community.”

correction, they will be Minnesota’s 3rd D1 football program. Everyone forgets the Minnesota State Screamig Eagles.

The irony is that if St. Thomas had decided to play scholarship football, the Summit League could have sponsored the sport – the 4 Dakota schools and Western Illinois also sponsor the sport, which likely would have led to the absorption of the MVFC.

As it is now, the MVFC is in a conundrum. They now have 11 members. That, along with the desire to protect regional rivalries, results in scheduling issues.

With St. Thomas out of the picture, the solution is clear. They should poach Duquesne from being a football-only member of the Northeast Conference. They would have Youngstown State as a regional rival. YSU’s current closest MVFC opponent is Indiana State, which is 425 miles away. Duquesne is only 66 miles away. Of course it is likely that YSU will end up in the MAC by the end of the decade, but for now, Duquesne to the MVFC makes a lot of sense. A decade ago, they successfully transitioned from a non-scholarship program to a limited-scholarship program in the NEC. They could do well as a full-scholarship program, plus more FBS schools would be willing to schedule them.

The divisional split would be as follows:

MVFC would be crazy not to add Duquesne

The MVFC should add Drake, a full member of the MVC, to the league so that Northern Iowa has an in-state conference foe that it plays every year. The MVFC would have 12 schools and can institute a conference championship game.

I don’t think Drake has any plans to reinstate scholarship football.

Even if they did, the MVC would then have 6 schools with scholarship football. Thus the MVFC would merge formally with the MVC.

Still, Duquesne is more likely because they already play some form of scholarship football, and would provide Youngstown State with a much-needed travel partner.

And also, by your logic, if you add a second team in Iowa, you’d also have to add second teams in Missouri, Indiana and Ohio.

My long term projections do entail the MVC sponsoring football with 12 full members that sponsor the sport, including additional schools in Indiana, Illinois and Missouri with some schools coming from other FCS conferences.

Good luck to the Tommies and the Pioneer League.