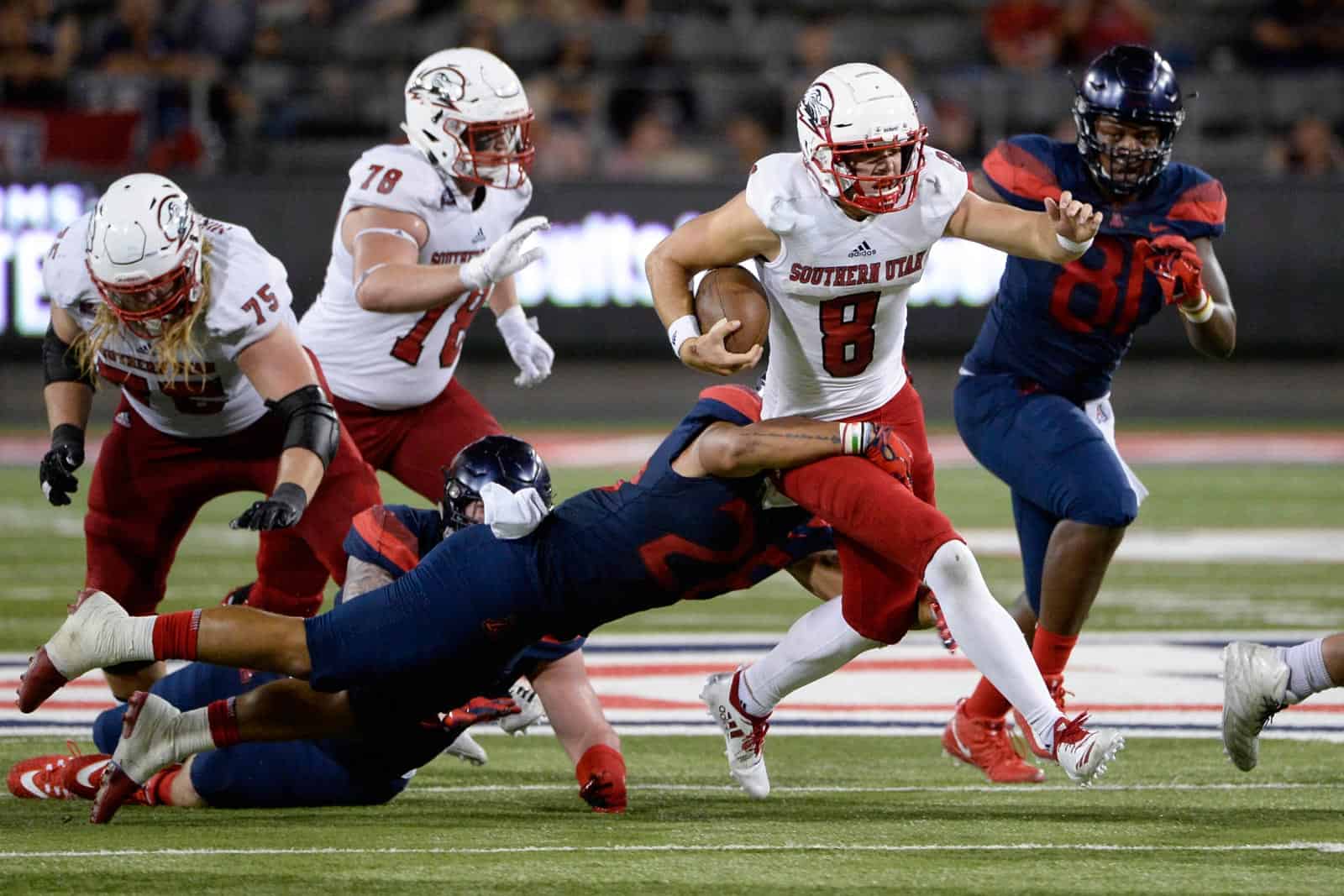 The Southern Utah Thunderbirds and the St. Thomas Tommies have scheduled a home-and-home football series for the 2022 and 2026 seasons, both schools announced on Tuesday.

In the first game of the series, Southern Utah will host St. Thomas at Eccles Coliseum in Cedar City, Utah, on Saturday, Sept. 3, 2022. The Thunderbirds will travel to face the Tommies at O’Shaughnessy Stadium in Saint Paul, Minn., on Saturday, Sept. 19, 2026, which will conclude the two-game series.

Southern Utah is a member of the Big Sky Conference, while St. Thomas is entering their first season at the Football Championship Subdivision (FCS) level and will compete in the Pioneer Football League (PFL). The Tommies moved up from Division III to the FCS following an appeal to the NCAA.

The Thunderbirds are moving to the Western Athletic Conference (WAC) in the fall of 2022 following their announcement of the reinstatement of football. The WAC will also consist of Abilene Christian, Lamar, Sam Houston, and Stephen F. Austin of the Southland Conference and Dixie State and Tarleton State, currently FCS Independents in football.

Southern Utah now has three non-conference opponents scheduled for the 2022 season. The Thunderbirds are also slated to play at the Utah Utes on Sept. 10 and at the Western Illinois Leathernecks on Sept. 17.

Southern Utah is the second scheduled non-conference opponent for the Tommies. St. Thomas is also slated to host the Michigan Tech Huskies Sept. 10 that season.