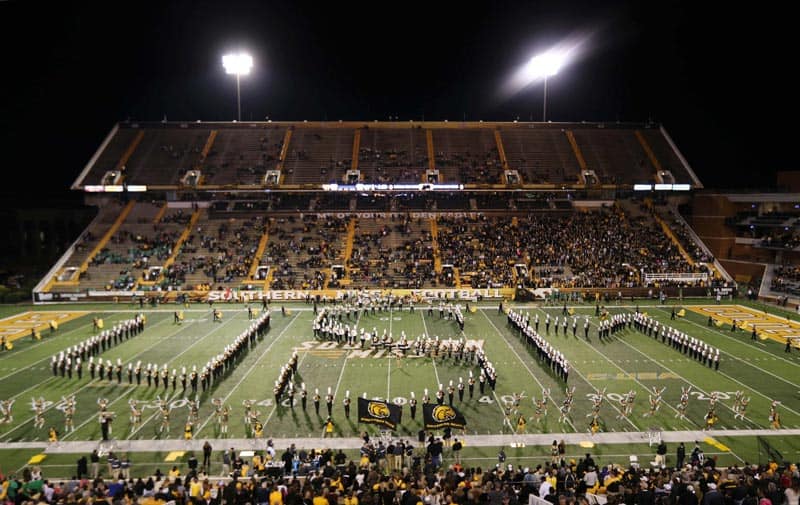 The Southern Miss Golden Eagles and the Troy Trojans have scheduled a home-and-home football series for 2016 and 2019. The series was first reported by the Hattiesburg American and confirmed today by Troy.

In the first game of the series, Southern Miss will host Troy at M.M. Roberts Stadium in Hattiesburg on Sept. 17, 2016. The Golden Eagles will then travel to face Troy at Veterans Memorial Stadium on Sept. 7, 2019.

Southern Miss and Troy have met a total of eight times and the Golden Eagles lead the series 7-1. USM won the last meeting 30-27 in the 2008 New Orleans Bowl.

The Hattiesburg American also reported on Saturday that Southern Miss will open the 2015 season at home on Sept. 5 against Austin Peay.

For Troy, their 2016 game at Southern Miss replaces a previously scheduled game at UAB after the Blazers football program was shut down.

The Trojans are also scheduled to visit Clemson on Sept. 10, 2016 and host UMass on Nov. 5. The 2019 game against USM is their first announced non-conference game for that season.

“We wanted to act quickly to fill the void left by UAB on our 2015 and 2016 schedules and this is a series that simply makes sense for a lot of reasons,” Troy Athletic Director John Hartwell said. “We already play each other in almost every sport and geographically it is a great fit for both fan bases. With the UAB rivalry done, I hope this is the start of many more football games with Southern Miss.”