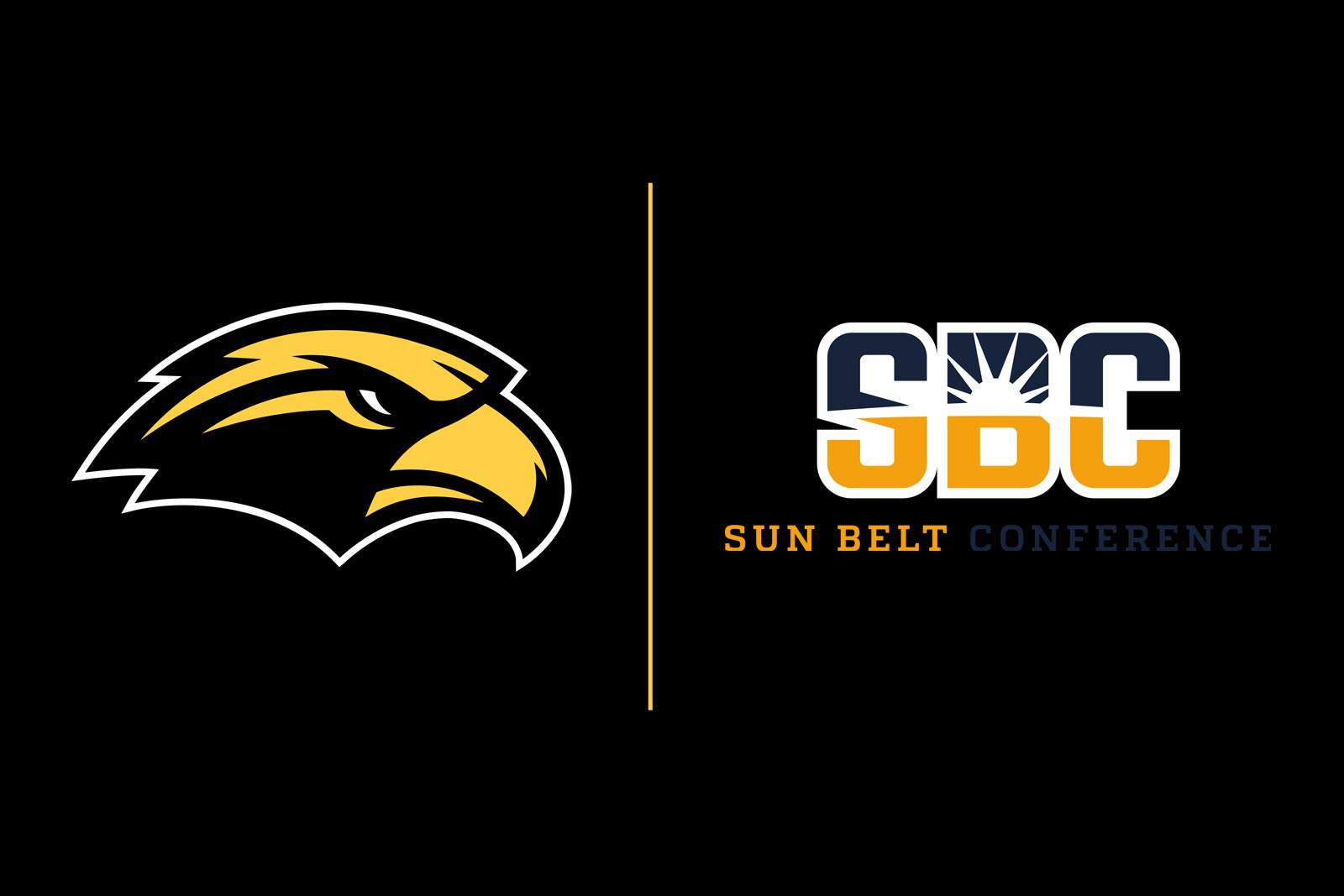 The Southern Miss Golden Eagles have accepted an invitation to join the Sun Belt Conference, it was announced on Tuesday.

Southern Miss, currently a member of Conference USA, will become members of the Sun Belt Conference no later than July 1, 2023, according to the announcement.

“This is a big day for our conference,” said Sun Belt Conference Commissioner Keith Gill. “We are thrilled to welcome The University of Southern Mississippi to the Sun Belt. Southern Miss brings a host of strengths to our conference. They are competitive across all of their sports, have a strong brand and are supported by a great fan base. The electric atmosphere surrounding their games is a tradition we are proud to now be a part of. I am grateful to President Dr. Rodney D. Bennett and Athletics Director Jeremy McClain for their leadership during this process. I’d also like to thank the CEOs and athletic directors of our current member institutions for their efforts as we continue our discussions around adding new members.”

“When national realignment discussions began, our presidents and chancellors expressed confidence in the current SBC configuration, but also defined the parameters for potential new members,” said Dr. Kelly Damphousse, Arkansas State President & Chair of Sun Belt Executive Committee. “Our goal was to only add schools that added value, that fit geographically, and that mirrored our athletics and academic missions. Southern Miss perfectly matched those parameters, and my colleagues look forward to welcoming President Bennett and his colleagues to the Sun Belt Conference.”

Southern Miss was an original member of Conference USA since the league’s inception in 1995. The Golden Eagles claimed a share of the Conference USA championship in 1996 and won the title outright in 1997, 1999, 2003, and 2011.

“Today is a great day for Southern Miss,” said Jeremy McClain, Southern Miss Director of Athletics. “I want to thank Commissioner Gill and the Board of Directors within the Sun Belt for their faith in our institution and our ability to add value to the conference. We are excited about adding our rich tradition of success and passionate fan base to a conference that values those attributes, and look forward to working together to continue to elevate the Sun Belt on the national stage.”

Three other schools — Old Dominion and Marshall of Conference USA and James Madison of the FCS — are also expected to apply for acceptance into the Sun Belt Conference in the coming days. That would give the Sun Belt a total of 14 football-playing schools.

There was a time where C-USA was above the SBC in the pecking order.

It seems that time has passed.

You are correct in 2013 C-USA added Sun Belt members North Texas and FIU.

Souther Miss- the Alma mater of the great Brett Favre.

If SBC adds ODU and Marshall, CUSA will be down to 5: LA Tech, UTEP, FIU, WKU, and MTSU.

I doubt anybody jumps from their current conference to CUSA. No way UConn gives up Big East basketball, so they’ll stay Independent. Army doesn’t want to be in a conference, so they’ll stay independent. Maybe New Mexico State considering their rivalry with UTEP, but I imagine the issues they had being in the SBC are the same if they join CUSA. Does Liberty want to join or they happy as an independent?

Crazy possibility, but what if CUSA hijacks some of these new ASUN football schools?

Kennesaw State, Jacksonville State, Central Arkansas, and Eastern Kentucky have beaten FBS teams or come close in recent history. North Alabama is still new to FCS from D2, so this quick of a jump to FBS seems unlikely, but who knows? Austin Peay football is the most competitive it’s been in a long time. Plus, Liberty is ASUN in all other sports.

These last dominos go fall will be the most interesting.

It isn’t a crazy possibility at all. The CUSA absolutely will do that, unless it decides to go West, which I believe would be a mistake.

Feel like the Sun Belt should add Liberty and Louisiana Tech to make it 16.

NMSU and UTEP to the Mountain West. Add Montana and Montana State if you want 16.

UConn should wait until Notre Dame is ready to become a football member of the ACC.

And Army should join the AAC along with FIU.

Several of these programs should go back to FCS.

The MAC got rid of Army and UMass recently.
New Mexico St was left by the WAC and not renewed with the Sun Belt last decade.
UConn quit the AAC for Basketball reasons, but have been awful as an independent.

I would have liked to see Air Force and Army along with Navy in the same conference for football. However Air Force stopped that from happening.

I do feel bad for MTSU and W. Kentucky they really do not deserve their fate.

The AAC needs Army! And whether they know it or not, Army needs the AAC!

Wow this looks like the end of C-USA if Southern Miss has to take a step down.

If I had to guess, I’d say MTSU and FIU return to the Sun Belt to bring them up to 15. Marshall and WKU probably join the MAC. With the WAC wanting to return to FBS around 2030, I wouldn’t be surprised to see NMSU, UTEP, and/or LTech to join the WAC as non-football members, and stay independent in football until 2030.
It’s also conceivable that LTech will join the Sun Belt as well, bring their membership total up to 16, and UTEP could join the Mountain West.
As I said, this is just a guess. I have no idea what’s going to happen.

I feel kind of bad for UTEP. The AAC took all the other Texas teams, including UTSA who hasn’t had a football program for anywhere near as long and, unless it’s been updated, plays in a pretty bad stadium (while I thought the Sun Bowl was pretty cool back when I went to a game). And now where do they go? Ideally they’d find a way into the MWC but it seems like they’d need to add 2 teams, and the only team that I see that’s out that way is NMSU who has been available for whoever wants them for a while now. The other teams at least are closer to other conferences or at least close to other CUSA leftovers, but UTEP is out on a (very landlocked) island.

Yeah, UTEP was historically a WAC school, then left for C-USA when TCU left for the MWC. They weren’t good enough to get into the MWC 10 years ago. Now? I wouldn’t be surprised if they go the route of their neighbors NMSU, rejoin the WAC, but be independent in football. With the WAC thinking about sponsoring FBS football by 2030, that might be a permanent landing spot for those 2 schools a decade from now.
Ideally I think they would want to join the Mountain West in 2023, but I agree–I don’t know if they would want 13 teams–although, Hawai’i is a football-only school, and having 12 full-time schools instead of 11 might even things out.