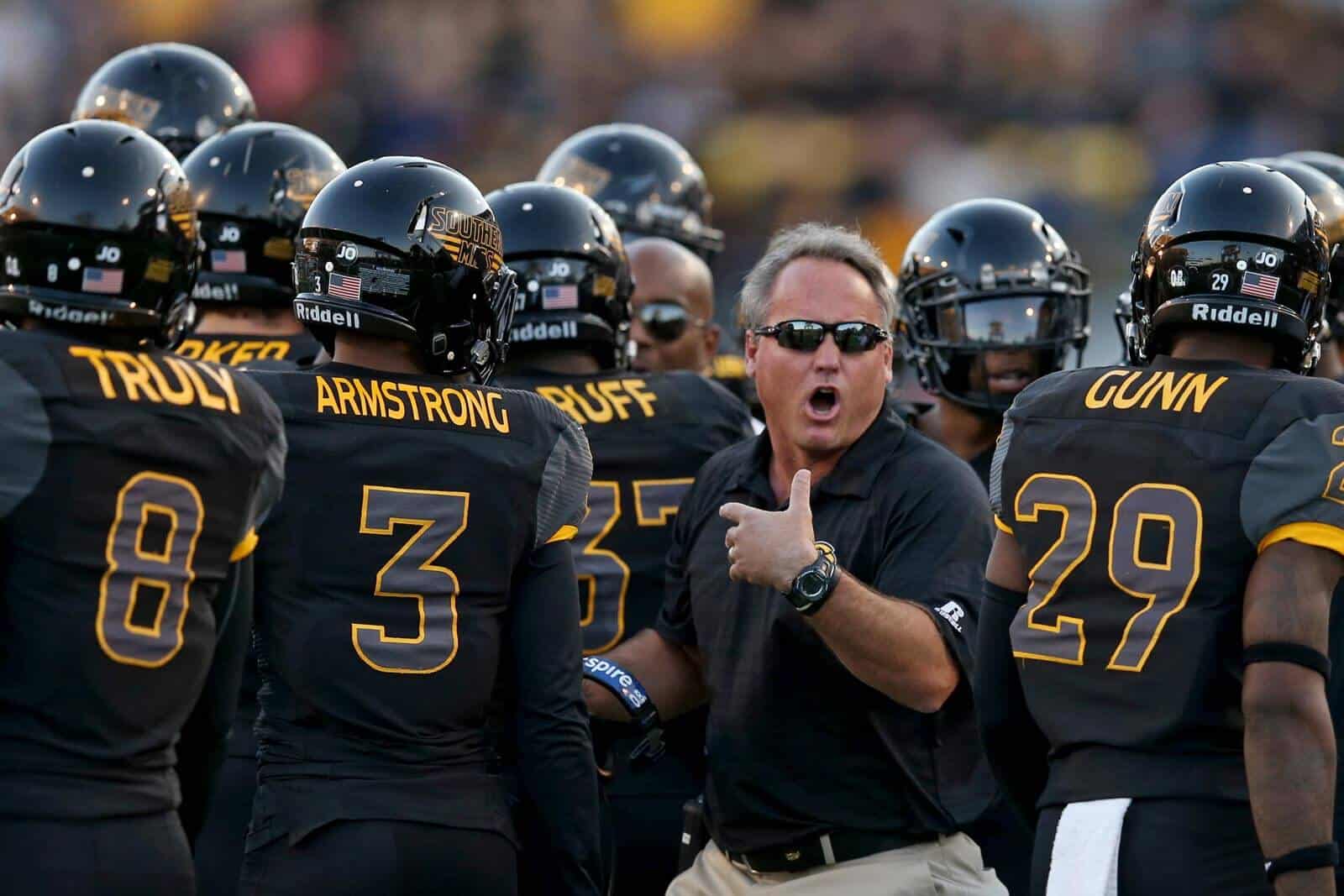 The Southern Miss Golden Eagles and the Mississippi State Bulldogs have scheduled a three-game football series, USM announced on Tuesday.

Southern Miss will travel to take on Mississippi State at Davis-Wade Stadium in Starkville on Sept. 7, 2019 and then four seasons later on Sept. 23, 2023. The Golden Eagles will host the Bulldogs at M.M. Roberts Stadium in Hattiesburg on Sept. 14, 2024.

“We are pleased to announce this series, which is good for the football fans in the state of Mississippi,” said Southern Miss Director of Athletics Jon Gilbert.

Per a copy of the contract obtained by FBSchedules.com from USM, Mississippi State will pay Southern Miss a $1.2 million guarantee for the 2019 game in Starkville. No guarantee will be exchanged for the games in Starkville in 2023 and in Hattiesburg in 2024.

Too bad Ole Miss is scheduled out for the next few years. I would love to see it play Southern Miss one of these days.