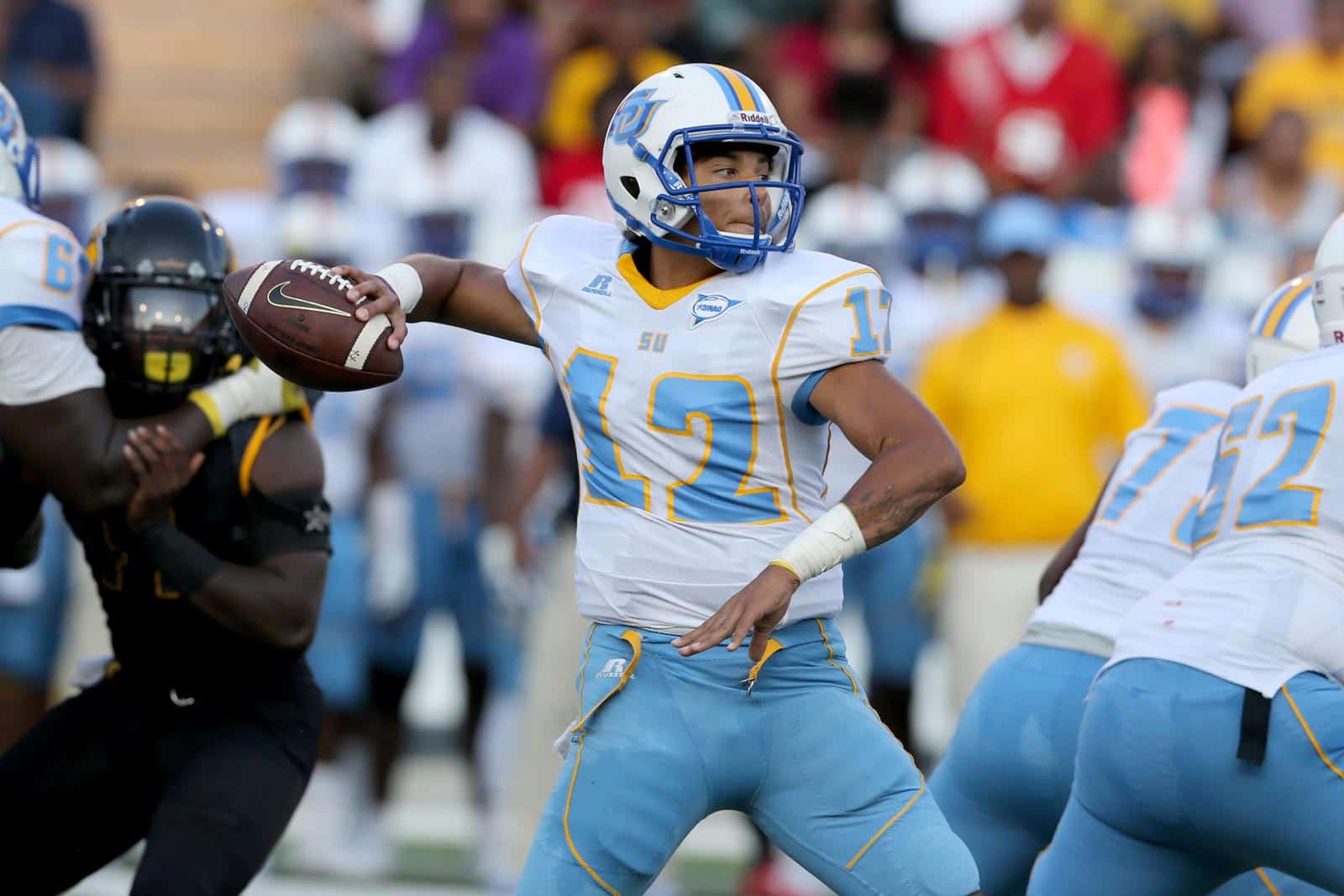 The Southern Jaguars have announced their 2020 football schedule, which includes five home contests.

“No question, I’m excited about having five games,” Southern athletic director Roman Banks said. “I’ve been saying it for a while and I wanted to work hard for the fans. I had to make a lot of sacrifices. Hopefully we can get five (games every other year) going forward.

“It’s too hard to get five every year. We’re working three to five, and, sometimes, seven years in advance. We have had a lot of conversations with fans and listen to them.”

Southern will open the 2020 season in the Detroit Classic on September 5 against the Tennessee State Tigers. The game will be played at Ford Field in Detroit, Mich.

Southern’s home-opener at Ace W. Mumford Stadium in Baton Rouge, La., is set for Saturday, Sept. 12. The Jaguars will host the Florida A&M Rattlers in that contest.

The Jaguars then hit the road to take on the Alabama A&M Bulldogs on Sept. 19 before returning home to host the Jackson State Tigers on Sept. 26.

After a bye week on October 3, Southern travels to take on the Alabama State Hornets on Oct. 10. The Jaguars then head to the Texas State Fair Showdown to take on the Texas Southern Tigers. That contest is slated for Oct. 17 at AT&T Stadium in Arlington, Texas.

Next, Southern plays back-to-back home contests at Ace W. Mumford Stadium against the Alcorn State Braves on Oct. 24 and the Morehouse Maroon Tigers on Oct. 31 (Homecoming). The contest against Morehouse was previously unreported.

On November 7, Southern travels to take on the Prairie View A&M Panthers before returning to Baton Rouge to host the Arkansas-Pine Bluff Golden Lions on Nov. 14.

Southern will have second bye week on Nov. 21 before they conclude the regular-season against the Grambling State Tigers in the 47th Bayou Classic. The game will be played at Mercedes-Benz Superdome in New Orleans, La., on Nov. 28.