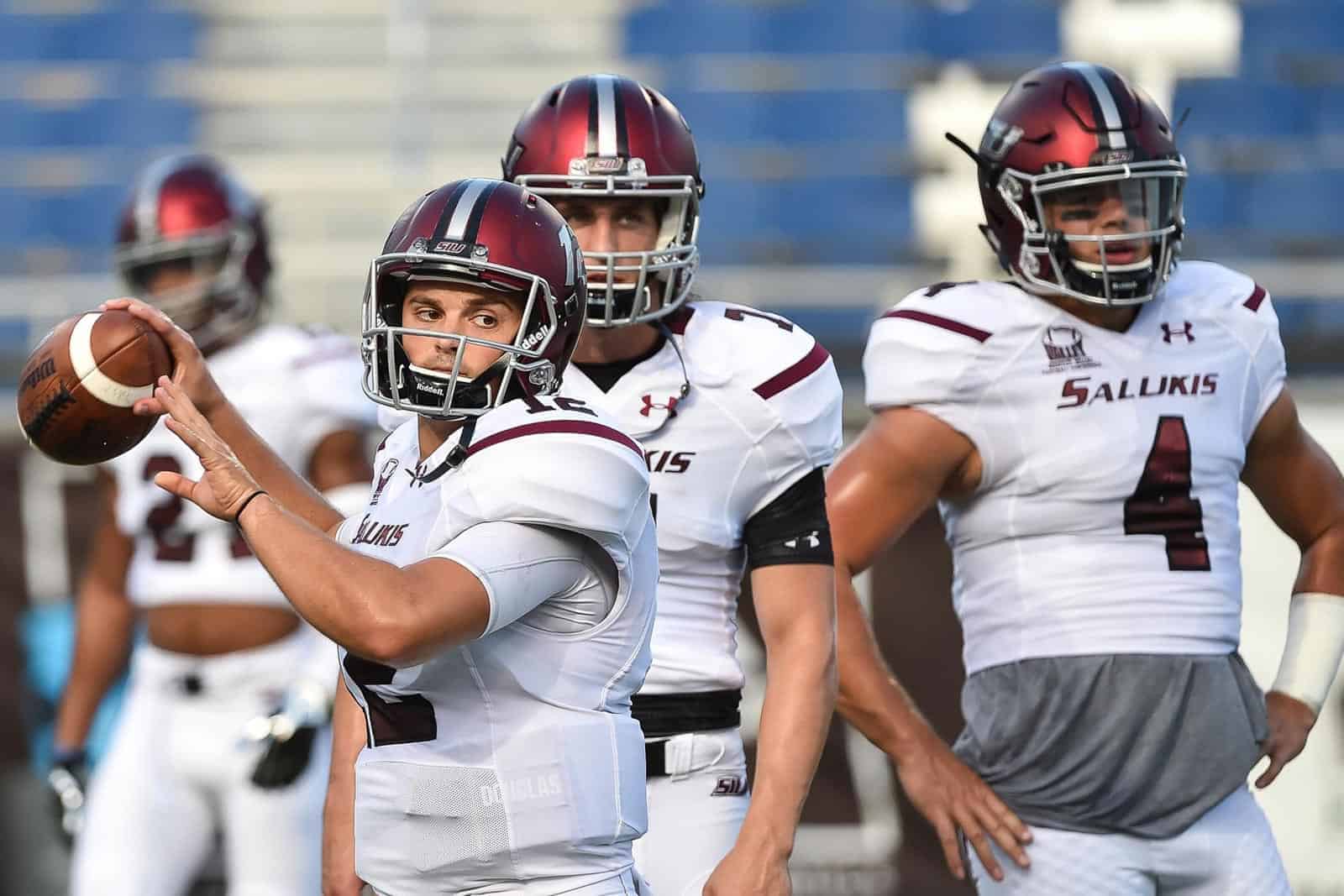 Southern Illinois will travel to face UMass on Sept. 7, 2019 at McGuirk Alumni Stadium. The game will be the second meeting between the two schools following SIU’s 34-27 playoff quarterfinal win back in 2007.

Also in 2019, Southern Illinois will travel to take on Arkansas State at Centennial Bank Stadium in Jonesboro on a date to be announced.

SIU and Arkansas State have met 38 times on the gridiron. The Red Wolves have won four straight in the series and lead 28-9-1 overall.

On a date to be announced in 2022, Southern Illinois will take on Northwestern at Ryan Field in Evanston. In their first and only meeting back in 2008, Northwestern defeated the Salukis 33-7.