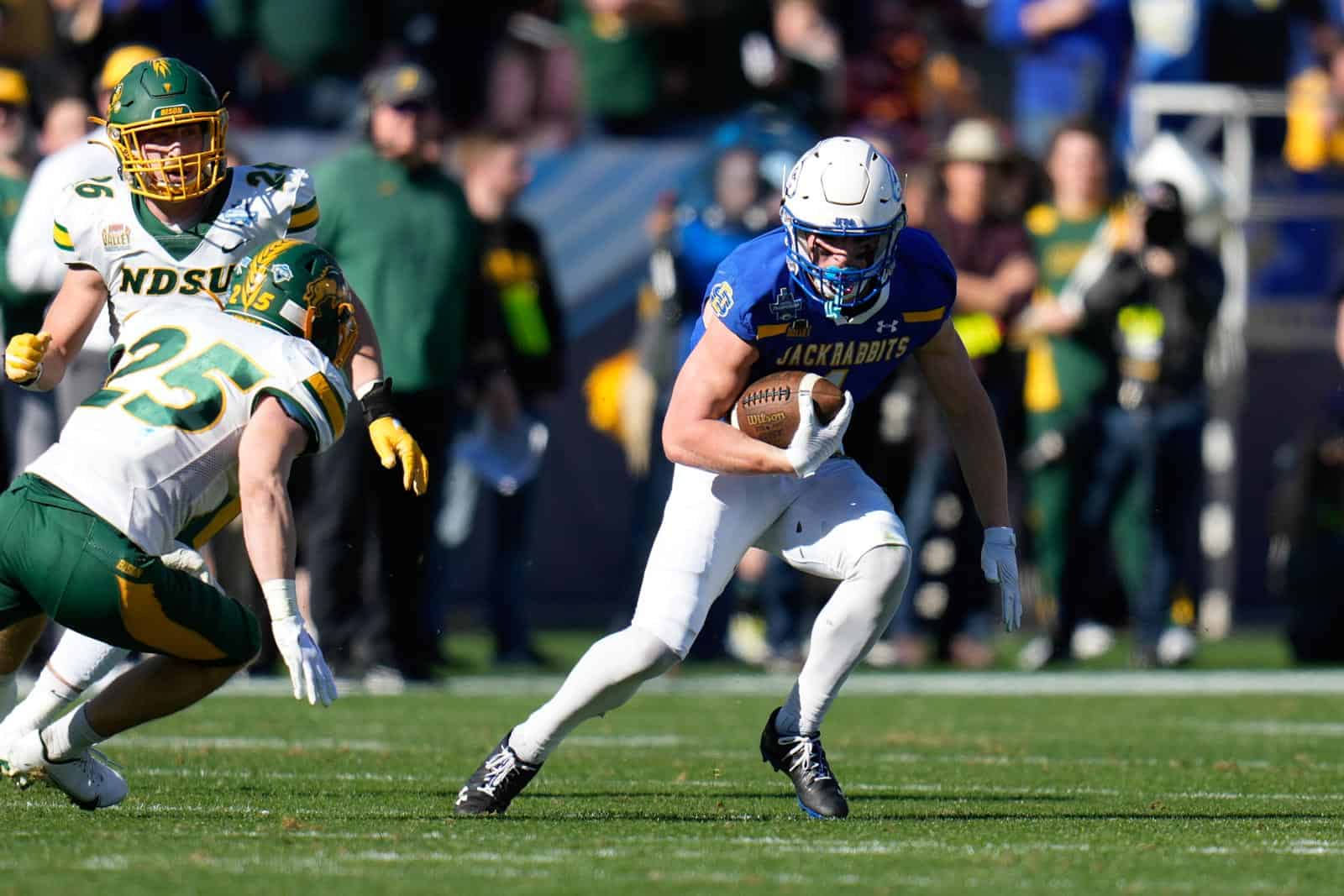 It’s the first-ever Division I national championship for the Jackrabbits, who finish the season 14-1 overall. South Dakota State also won the Missouri Valley Football Conference (MVFC) championship this season after finishing a perfect 8-0 in conference play.

Quarterback Mark Gronowski led the Jackrabbits in the FCS Championship victory over the Bison by completing 14-of-21 passes for 223 yards and three touchdowns. Gronowski also scored a touchdown on a 51-yard scamper.

Running backs Amar Johnson and Isaiah Davis both eclipsed 100-yards on the ground for South Dakota State, rushing for 126 yards and 103 yards, respectively. Both backs also scored a touchdown in the victory.

On the ground, the Bison were led by Cam Miller (13 carries for 64 yards) and Kobe Johnson (11 carries for 63 yards and one touchdown). Johnson also lost a fumble, which gave the Bison three turnovers overall compared to none for the Jackrabbits.

The 2022 FCS Championship game was played at Toyota Stadium in Frisco, Texas. The announced crowd for the game was 18,023, which was just short of the venue’s capacity of 20,500.

Congratulations to the 2 Teams who earned the championship Opportunity thru three Rounds of Playoffs.
They then Played the 4th Round of the Championship Round & no game ending Injury to SDakotaSU’s QB kept them from winning the Championship like it did in either 2021 or 2020.

All the QBs, RBs, WRs were healthy for this awesome Year of college football.

Congratulations to the NDSU Bison Dynasty.

The entire 2000 Teens has been your dominant Decade.