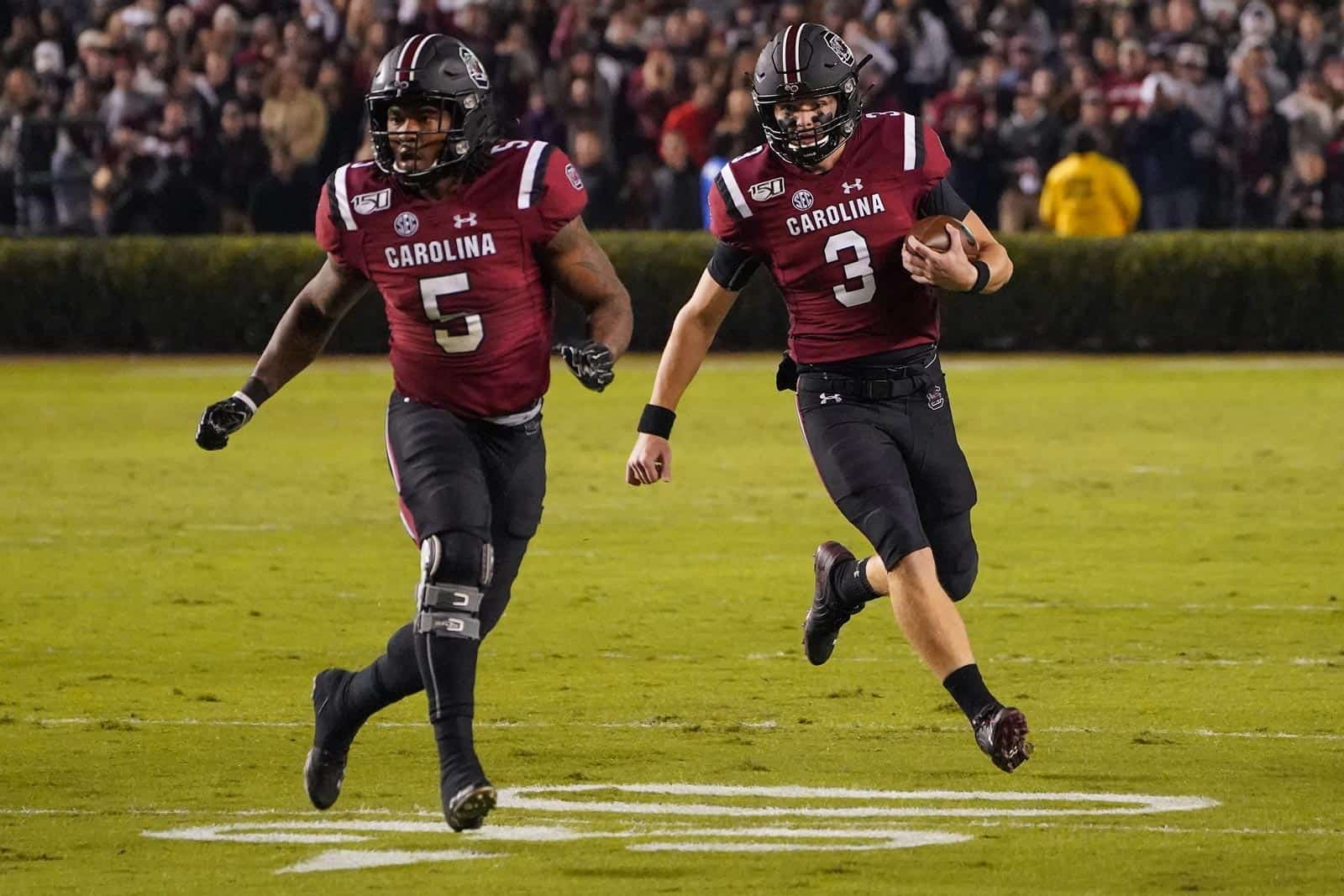 The South Carolina Gamecocks and the Virginia Tech Hokies have scheduled a home-and-home football series for the 2034 and 2035 seasons, both schools announced on Wednesday.

In the first game of the series, South Carolina will host Virginia Tech at Williams-Brice Stadium in Columbia, S.C., on Sept. 16, 2034. The Gamecocks will then travel to face the Hokies at Lane Stadium in Blacksburg, Va., to conclude the series on Sept. 15, 2035.

“By adding Virginia Tech to our future football schedules, it gives us a quality opponent with a regional matchup,” said South Carolina Athletics Director Ray Tanner. “Coach Muschamp and I are looking to fill our non-conference schedule with teams that would be appealing for our fans and supplement our already-tough Southeastern Conference slate with opponents that our squad will be excited to play. I hope we can make more of these announcements in the near future.”

“We’re excited to add South Carolina to our schedule, renewing a series that has its roots in the Southern Conference,” Virginia Tech Director of Athletic Whit Babcock said. “Columbia, S.C. is also another drivable trip for our fans to a venue where the Hokies haven’t played since the early 1990s. With eight future games against SEC opponents on our schedules, we feel very confident about the strength of our scheduling going forward, as well as its appeal to our fans across the region.”

For South Carolina, the series with Virginia Tech adds to their annual rivalry game with the Clemson Tigers for both the 2034 and 2035 seasons.

Virginia Tech now has two SEC opponents scheduled in 2034 and 2035. The Hokies are slated to play the Alabama Crimson Tide in Blacksburg on Sept. 2, 2034 and in Tuscaloosa, Ala., the following season on Sept. 1.

First graders all over the Mid-atlantic jumping for joy.

Muschamp won’t make it thru next season!!!

This is a good series for both schools. Should be fun for people in the region.

Great News for the Cracker Barrel in Statesville, NC (half way spot).