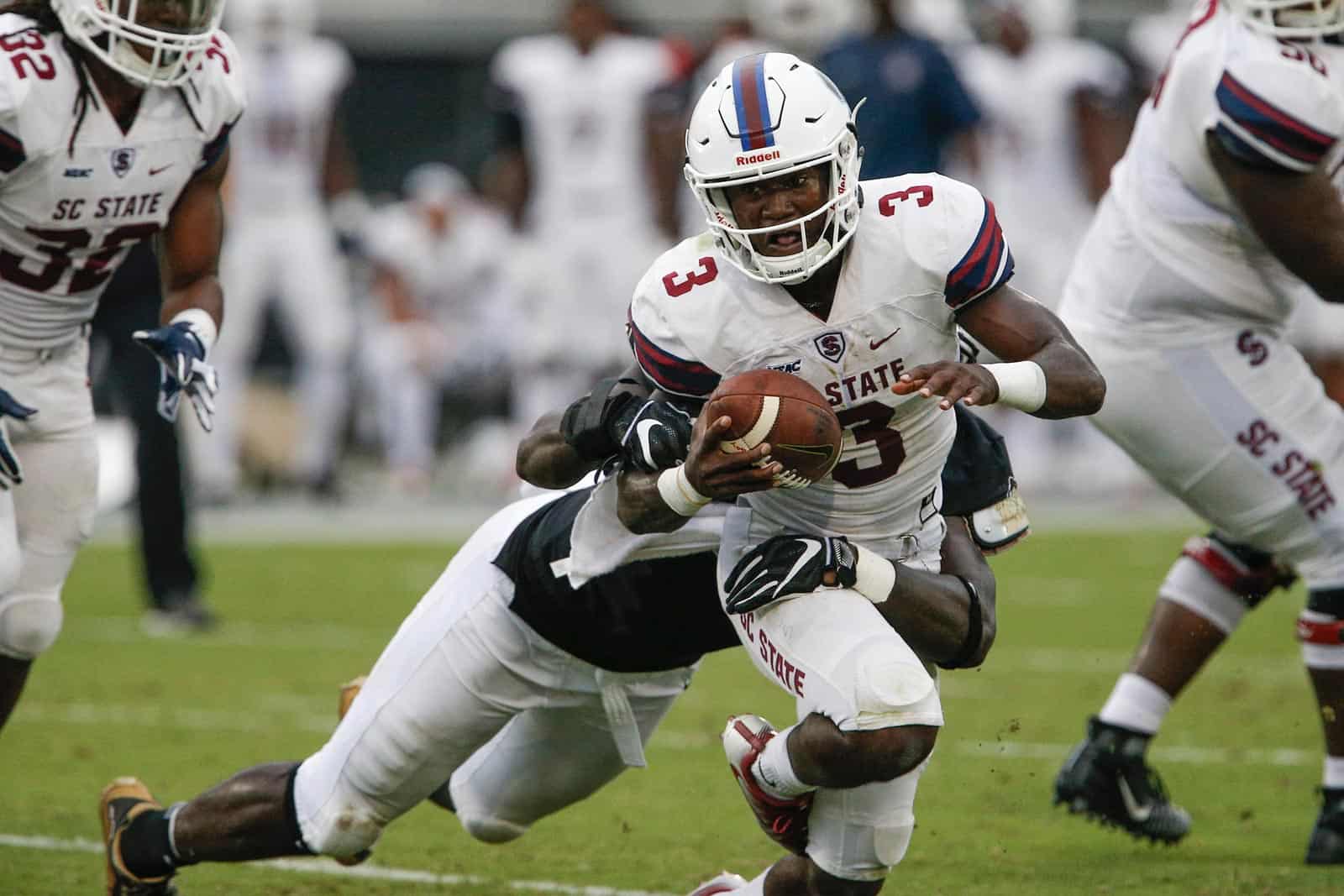 South Carolina State initially had to revise their schedule following an announcement on February 11 that the Mid-Eastern Athletic Conference (MEAC) had suspended the spring 2021 season.

The Bulldogs, along with fellow MEAC members Delaware State and Howard, each announced that they were opting to continue their football season this spring with contests against each other.

However, Howard announced on Tuesday, March 2 that their games against South Carolina State were being canceled due to “…the District of Columbia’s restrictions on travel to and from the state of South Carolina” amid the novel coronavirus 2019 (COVID-19) pandemic.

As a result of those cancellations, South Carolina State has added games against the Alabama A&M Bulldogs and the Alabama State Hornets of the Southwestern Athletic Conference (SWAC). The Bulldogs will host Alabama A&M for their season-opener on Saturday, March 6 at Oliver C. Dawson Stadium in Orangeburg, S.C., and will travel to take on Alabama State on Saturday, April 3.

South Carolina State will also host fellow MEAC member Delaware State on March 13 and will return the trip to Dover, Dela., on Saturday, April 17. The latter game was previously scheduled for April 3.

Below is South Carolina State’s complete Spring 2021 football schedule and a link to their schedule page that will be updated with kickoff times and TV as they are announced.