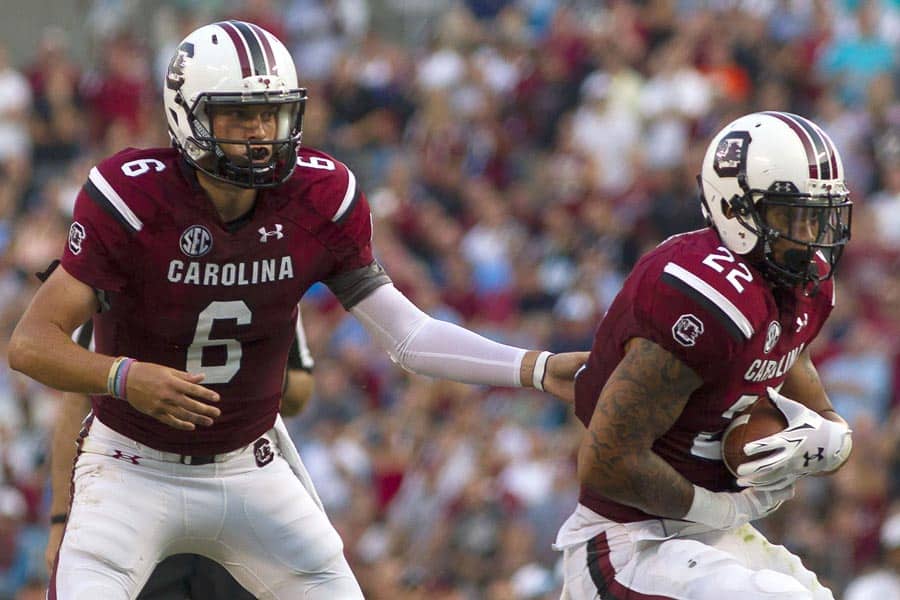 The South Carolina Gamecocks have added games against the Louisiana Tech Bulldogs and the Wofford Terriers to their future football schedules, FBSchedules.com has learned.

South Carolina will host Louisiana Tech at Williams-Brice Stadium in Columbia on Sept. 23, 2017. The Gamecocks will pay the Bulldogs a $1 million guarantee for the game, according to a copy of the contract obtained via an FOIA request.

The two schools have met a total of five times, and the games were played in Columbia in consecutive seasons from 1991 through 1995. South Carolina leads the series 4-0-1.

Louisiana Tech, a member of Conference USA, is currently led by head coach Skip Holtz, who coached at South Carolina under his father, Lou Holtz, from 1999 through 2004.

The addition of Louisiana Tech and Wofford gives South Carolina three non-conference games for the 2017 season. The Gamecocks are also slated to close the regular-season at home vs. Clemson on Nov. 25.

Lame. Add BYU to a home and home.

BYU is a threat. They beat Texas multiple years and other B12 and P12 schools. They beat Nebraska this year and UCLA squeaked by them.