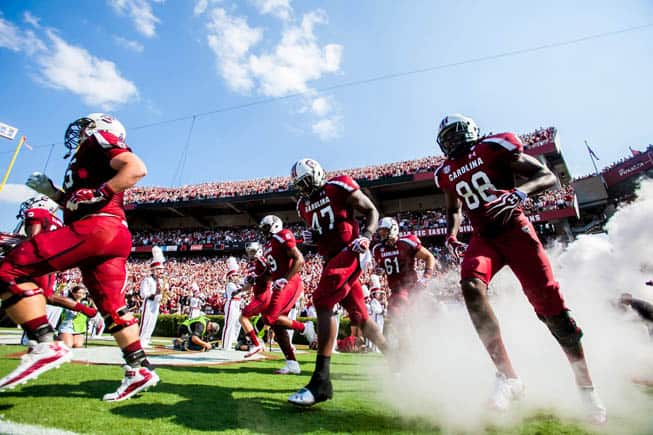 South Carolina and Georgia Tech have canceled their home-and-home football series that was scheduled for 2021 and 2022, FBSchedules.com has confirmed through an open records request.

The series, which was agreed to back in October 2009, was slated for September 2021 in Columbia, SC and September 2022 in Atlanta, GA.

In a letter dated November 5, 2012 from Charles Waddell, Deputy Athletics Director, University of South Carolina to Dan Radakovich, (former) Director of Athletics, Georgia Institute of Technology, Waddel confirmed that the two games were canceled and that there would be no financial obligation for either school. Waddel also wrote the following:

We appreciate your cooperation. With the addition of new schools into the Southeastern Conference and the ever changing schedule, we do not feel it’s possible to commit to these games at this time.

Couple the “ever changing schedule” in the SEC with news that Texas A&M never finalized a contract with USC and was reported to be canceling Oregon (turned out to be incorrect), it sure seems that the SEC will move to a nine-game schedule sometime soon.

Earlier today, SEC commissioner Mike Slive officially announced that the conference will have an 8-game schedule in 2014 and 2015. He didn’t say any anything about 2016 and beyond, and 2016 seems like the most likely year to make a move to nine games.

Since South Carolina already plays in-state rival Clemson each season, the Gamecocks would only have two non-conference openings each year if they play nine SEC games. Chances are that they would want those two games to be at home most years.

The Gamecocks now have a clear non-conference schedule from 2017 onward. They have full schedules in 2014 and 2015, and just three non-conference games set for 2016.

Per copies of the contracts, we now have specific dates for Georgia Tech’s future football games vs. Tulane and Wofford.

Tech will open the 2014 season at home vs. Wofford on Aug. 30 and then travel to Tulane on Sept. 6. Those two dates tentatively complete Georgia Tech’s 2014 non-conference schedule.

Why is anyone looking at 2021 for games. That’s to far away.

as a Tech fan, I hate this. So wanted to smack the chickens!

Hopefully you can get ’em in a bowl game. My advice: wait for Clowney to leave.

Maybe we can schedule MTSU again…. No, better not….

The scuttlebutt is most of these teams don’t want to face our option attack. Word is Ole Miss is thinking about backing out of their series with us, too.

Ga Tech should schedule a home and home with Georgia State and play both in the Georgia Dome. They might just sell out