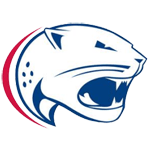 Due to Tropical Storm Isaac, South Alabama has moved their season-opener against UTSA to Saturday, Sept. 1 at 1 p.m. CT. The game was initially slated for Thursday night.

“After long consideration of numerous factors impacting the game, the logical decision is to move the game to Saturday,” Erdmann said. “We encourage our fans to come out, enjoy a great football game and support the Jaguars.”

The game, which is slated to be broadcast exclusively by ESPN3, will be the first for both South Alabama and UTSA at the FBS level. UTSA will play in the WAC this season before moving to Conference USA in 2013. South Alabama is a member of the Sun Belt Conference, but will not be eligible for the conference title or a post-season bowl game until the 2013 season.

Other games that could be affected by the storm include North Texas at LSU and Louisiana Tech vs. Texas A&M. LSU’s game is scheduled for Saturday at 6 p.m. CT at Tiger Stadium in Baton Rouge. Yesterday, LSU Director of Athletics Joe Alleva said “at this time we are planning to hold the game at 6 p.m. on Saturday as scheduled.”

Louisiana Tech and Texas A&M are set to meet at Independence Stadium in Shreveport, LA. Tech athletics director Bruce Van De Velde hopes to make a “definitive decision” on the status of their game this afternoon.

We will keep you posted on any date changes or cancellations for football games due to Isaac.

Thanks for including the link to the map. Damn, it looks like once again New Orleans will be hit the hardest. I wonder what this could mean for Tulane?

Better get your act together, FEMA.

Tulane relocated to Birmingham, AL in order to practice. They’re monitoring the situation hour by hour, but as of right now the game is still on.

Kevin
Want this be South’s 1st game at the FBS level too?

Yes, thanks. Made the correction.

Louisiana TECH vs. A & M