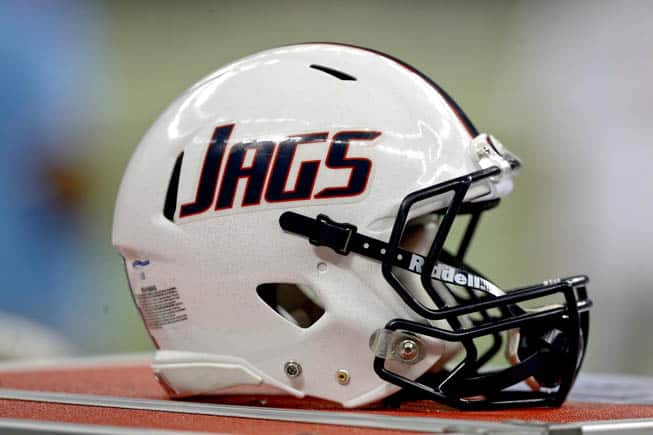 The South Alabama Jaguars have completed their 2015 non-conference football schedule with the addition of a game against Gardner-Webb.

South Alabama will host the Gardner-Webb Bulldogs at Ladd-Peebles Stadium in Mobile on Sept. 5, 2015. The game will be the first ever meeting between the two schools.

The Jaguars then hit the road for back-to-back road games at Nebraska on Sept. 12 and UAB on Sept. 19. South Alabama will also be facing Nebraska and UAB for the first time on the gridiron.

South Alabama’s final non-conference game is at home against NC State. The game was originally scheduled for Sept. 5, but will now be played on Sept. 26. This will be the final game of a tw0-for-one series between the two schools.

The Jaguars are preparing for their sixth season of football and third in the Sun Belt Conference. USA opens the 2014 season on Sept. 6 at Kent State.