Soft start: The 7 Non-Conference Power vs. Power season openers in 2019 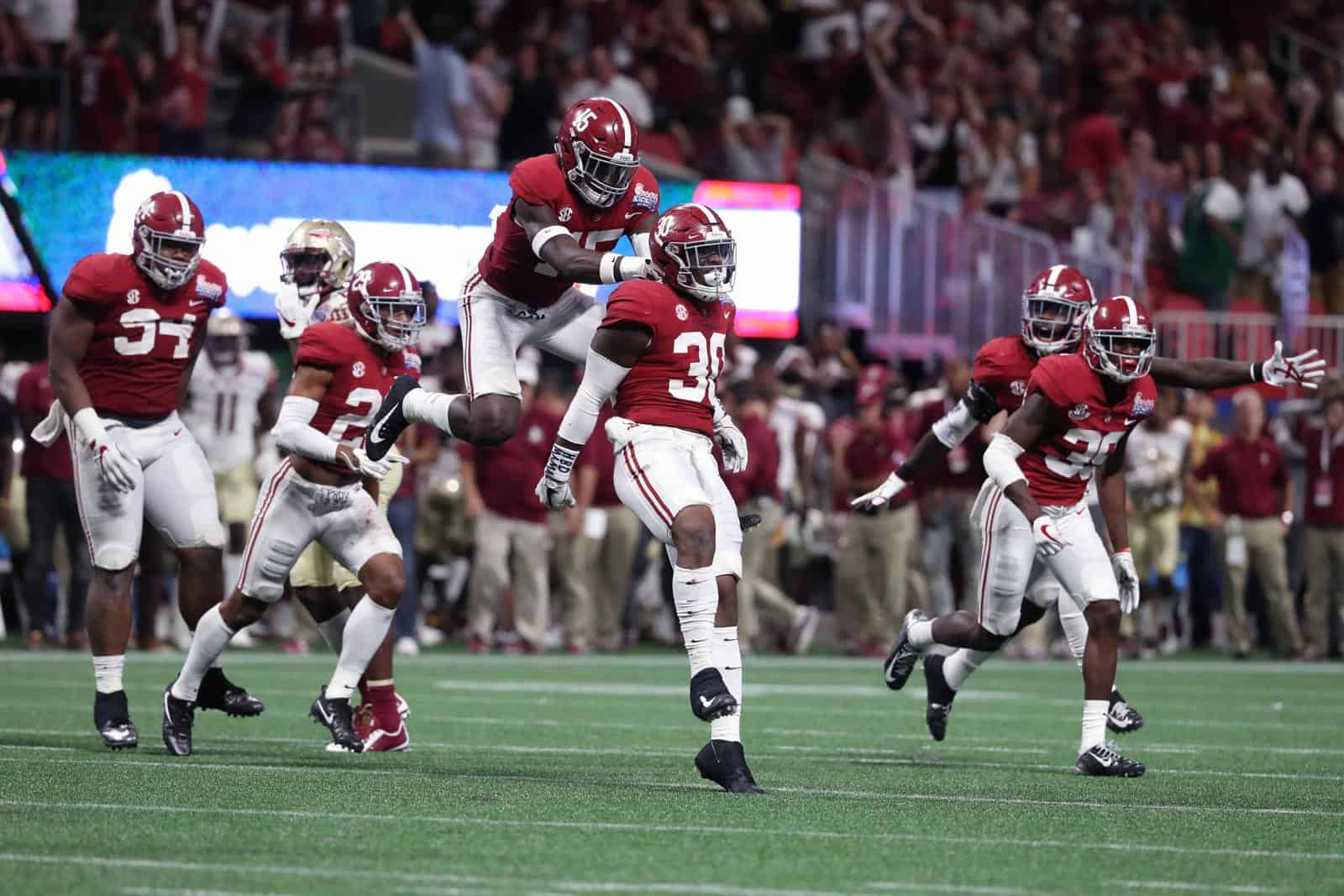 Of the 64 schools who are members of Power 5 conferences, only 13, or 22 percent, will begin the 2019 season with a non-conference game vs. a Power opponent.

By league, four members each from the SEC and ACC will play such a game, three from the Pac-12, and then only one apiece from the Big Ten and Big 12.

This number doesn’t include the eight teams that will kick off the year with a conference game (Boston College vs. Virginia Tech, Clemson vs. Georgia Tech, Pitt vs. Virginia, and Georgia vs. Vandy).

The bigger picture is that a whopping 43 Power programs (or 67 percent of the field) will begin 2019 vs. a Group of 5 or FCS opponent. It also means that going into Week 2 with a 1-0 mark won’t be anywhere near an apples-to-apples comparison.

After meeting consecutively from 1944 to 1987, these two have played only six times since 2000 with only four meetings coming during the regular season. Though they’ve split the last two games (in 2008 in Gainesville and 2013 in Miami – the home team winning on each occasion), the Hurricanes have won seven of the last eight. The Gators hold a narrow 29-26 lead in the all-time series.

The Blue Devils haven’t beaten a Top Ten opponent since 1989 – the final season of the Steve Spurrier era – when they shocked (7) Clemson 21-17. Alabama hasn’t lost to an unranked team since 2007 – the first campaign of the Nick Saban era – when they fell 21-14 to Louisiana-Monroe.

While these two have never met when both teams were ranked in the Top 25, they are both listed among the Top Ten institutions in U.S. News & World Report’s National University rankings for 2019 – Stanford coming in at No. 7 and Northwestern earning the No. 10 slot. The two brain trusts have met seven times previously, most recently in 2015. The Cardinal lead the series 3-2-2 but the Wildcats drew blood last with a 16-6 win in Evanston. Northwestern is 0-3 all-time at Stanford.

Notre Dame and Louisville have only met once previously, late in the 2014 season. That’s when Bobby Petrino, in the first season of his second stanza with the Cardinals, strolled into South Bend on Nov. 22 and nipped the Irish 31-28. For Notre Dame, it was the second of four-consecutive losses to close out the regular season, freefalling from an AP rank of No. 5 in mid-October to an unranked finish.

The only first-ever meeting on our list, this is also Oklahoma State’s first-ever football game in the state of Oregon. The Cowboys are 33-37-1 all-time vs. the current Pac-12, the bulk coming via a 20-26-1 mark against old Big 8/12 rival Colorado. The Beavers are 9-12 the Big 12 and haven’t beaten a current member since upending Baylor in Corvallis in 1998.

Wow, nothing to get overly excited about here. Oregon vs Auburn should be interesting although each year only one of these teams seems to be relevant. Miami, FL vs Florida should excite me, but somehow it does not really get me there, maybe if Mark Richt was still there. The other 5 are such mismatches I wish I could substitute UCF into those games.

Practically all teams manipulate the non schedule (and some do to a lesser degree in conference scheduling with the help of the conference) to gain an advantage to the CFP Championship or the biggest payout bowl they can attain.