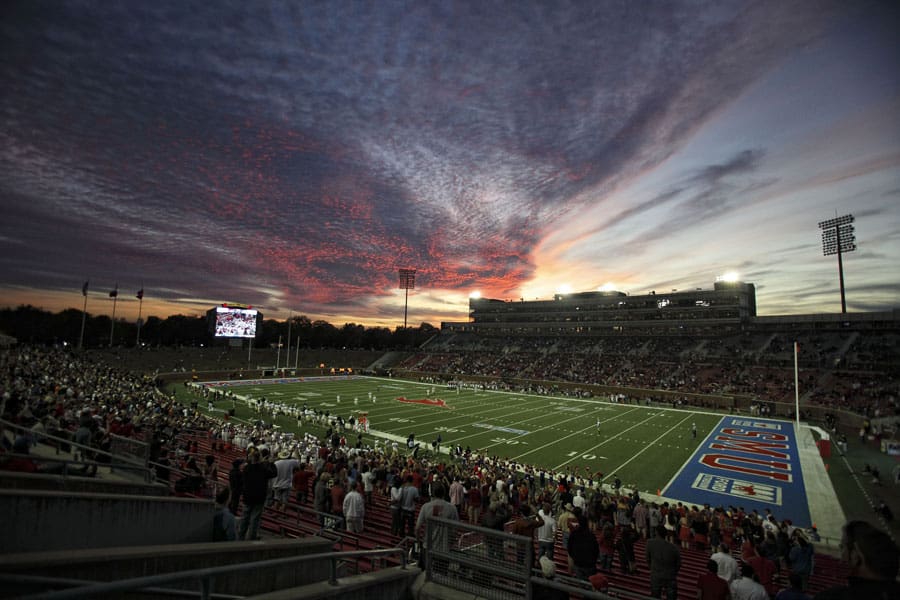 The SMU Mustangs and the Texas State Bobcats have scheduled a home-and-home football series for 2019 and 2020, the two schools announced today.

In the first game of the series, SMU will host Texas State at Gerald J. Ford Stadium in Dallas, Texas on Sept. 14, 2019. The Mustangs will then travel to take on the Bobcats at Bobcat Stadium in San Marcos on Sept. 19, 2020.

SMU and Texas State have met once on the gridiron, but it was back in 2008 when the Bobcats were a member of the FCS and known as Southwest Texas State. SMU won that game 47-36 in Dallas.

The addition of Texas State gives SMU three scheduled non-conference games in 2019 and two in 2020. SMU is slated to open the 2019 season at Arkansas State on Aug. 31 and then hosts North Texas on Sept. 7.

SMU is the first announced non-conference opponent for Texas State for the 2019 season. In 2020, the Bobcats are also scheduled to host UTSA on Sept. 12 and Ohio on Sept. 26.

This is the kind of scheduling we need to see more of from the G5 conferences. A good home & home with a nearby team that fans would enjoy traveling to see.

Now living in Texas, it’d be nice if these G5 Texas schools just created their own conference.

13 schools, conference championship, and play a Florida-like schedule where you pretty much never leave the state.

The league APR is absolute garbage, I don’t think the other schools would want to be associated with that. It’d be like inviting the University of Phoenix in.

SMU would never do that for basketball reasons alone.

The sunset in that photo is amazing.

If you’re going to try to create a Texas based Group of 5 conference I’d go with:

Never going to happen since SMU has no interest in being a G5 program long term.