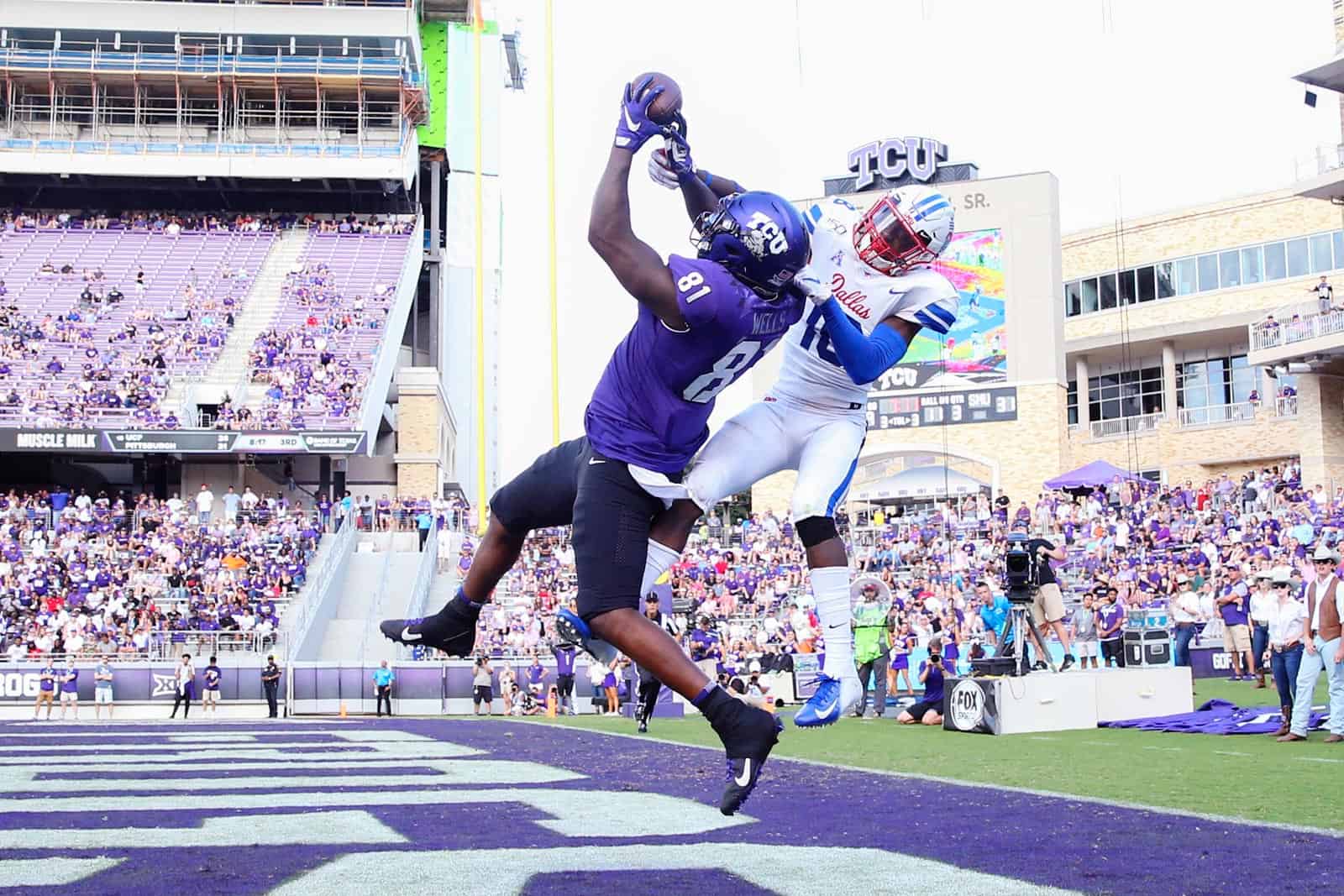 The SMU Mustangs and the TCU Horned Frogs have extended their football series through the 2024 season, according to SMU’s official website.

The SMU-TCU football series was previously announced through the 2021 season, with this year’s game scheduled for Saturday, Sept. 25 at TCU’s Amon G. Carter Stadium in Fort Worth, Texas.

SMU was scheduled to play at TCU during the 2020 season, but the game was canceled due to the novel coronavirus 2019 (COVID-19) pandemic. Instead of skipping the game in Fort Worth and playing in Dallas in 2021, the series was pushed back one season.

The 2021 SMU-TCU game will mark the 100th Battle for the Iron Skillet. The Mustangs and Horned Frogs first met on the gridiron in 1915 and TCU leads the overall series 51-41-7.

SMU is scheduled to open the 2021 season on Saturday, Sept. 4 at home against the Abilene Christian Wildcats. Other non-conference games include North Texas on Sept. 11 at home and Louisiana Tech on Sept. 18 on the road, in addition to the TCU contest.

TCU’s 2021 non-conference schedule also includes a home game against the California Golden Bears on Sept. 11. One non-conference opponent remains to be announced.

SMU could very well be in the Big 12 by the end of this decade. There’s probably much sentiment from both camps about wanting this to be a conference rivalry again.

I think many fans would love to see this become a conference rivalry too, but the Big 12 leaders are probably leery about adding another team from Texas. None of the Texas schools want more competition for their home state recruits, and SMU doesn’t bring in the money and TV viewers that the other schools bring. It probably won’t happen because of those reasons, but it would be great to get those old Southwest Conference rivalries back.

If anything, adding SMU and Houston would strengthen the hold the Big 12 has on Texas, rather than letting them bolt to like the Pac-12.