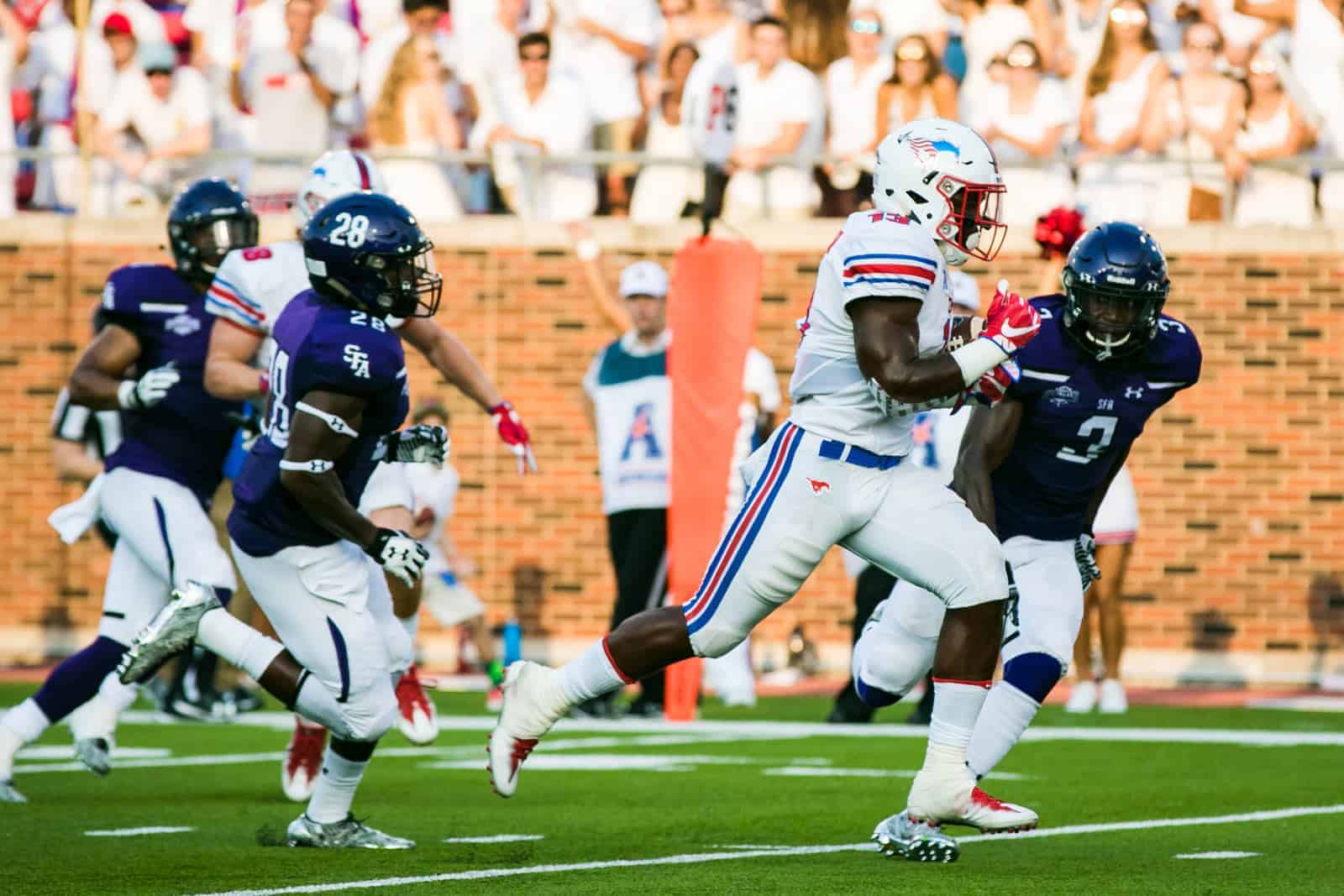 The SMU Mustangs have added the Stephen F. Austin Lumberjacks to their 2020 football schedule, FBSchedules.com has learned.

SMU will host Stephen F. Austin at Gerald J. Ford Stadium in Dallas, Texas on Sept. 12, 2020. SMU will pay SFA a $375,000 guarantee for the game, according to a copy of the contract obtained from Stephen F. Austin University via a Texas Public Information Act request.

SMU and Stephen F. Austin first met on the gridiron in 2009 and have played three games overall. The Mustangs won the most recent meeting 58-14 in 2017 and now lead the overall series 3-0.

Stephen F. Austin competes in the Southland Conference in the Football Championship Subdivision (FCS). The Lumberjacks finished the 2017 season 4-7 overall and 4-5 in conference play.

SMU now has three scheduled non-conference games for the 2020 season. In addition to Stephen F. Austin, SMU is slated to open the season at Texas State on Sept. 5 and later travel to North Texas on a date to be determined.

SMU’s 2018 Spring Game is set for Saturday, April 14 at Noon ET/11am CT. The Mustangs open the 2018 season at in-state rival North Texas in the annual “Safeway Bowl” on Saturday, Sept. 1.