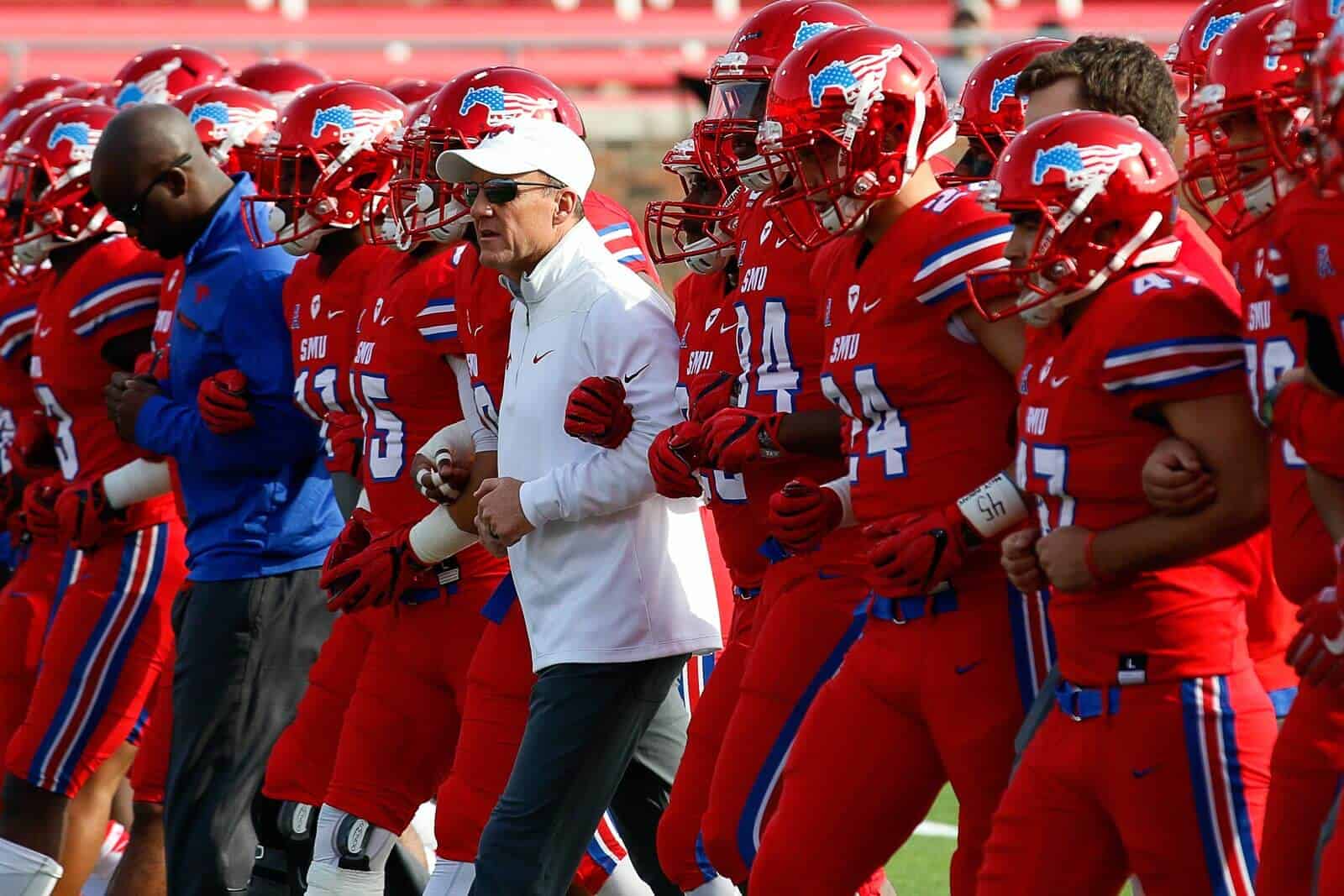 The SMU Mustangs have released their non-conference football schedules for the 2018 and 2019 seasons via their official website.

SMU will open the 2018 season at North Texas on Sept. 1. The following week on Sept. 8, the Mustangs will host TCU at Gerald J. Ford Stadium in Dallas.

A trip to Ann Arbor to take on Michigan looms on Sept. 15. The Mustangs then return home to host Houston Baptist in their final non-conference game of the 2018 season on Sept. 22.

SMU’s 2019 non-conference schedule kicks off with a trip to play Arkansas State on Aug. 31. The Mustangs then host back-to-back games at home against North Texas on Sept. 7 and Texas State on Sept. 14.

SMU will close out their 2019 non-conference slate at TCU on Sept. 21.

The Mustangs are set to kick off the 2017 season at home on Saturday, Sept. 2 against Stephen F. Austin. The game is set for 7:00pm ET on ESPN3.

Is this an extension of the TCU-SMU rivalry and, if so, will there be a return game at SMU?