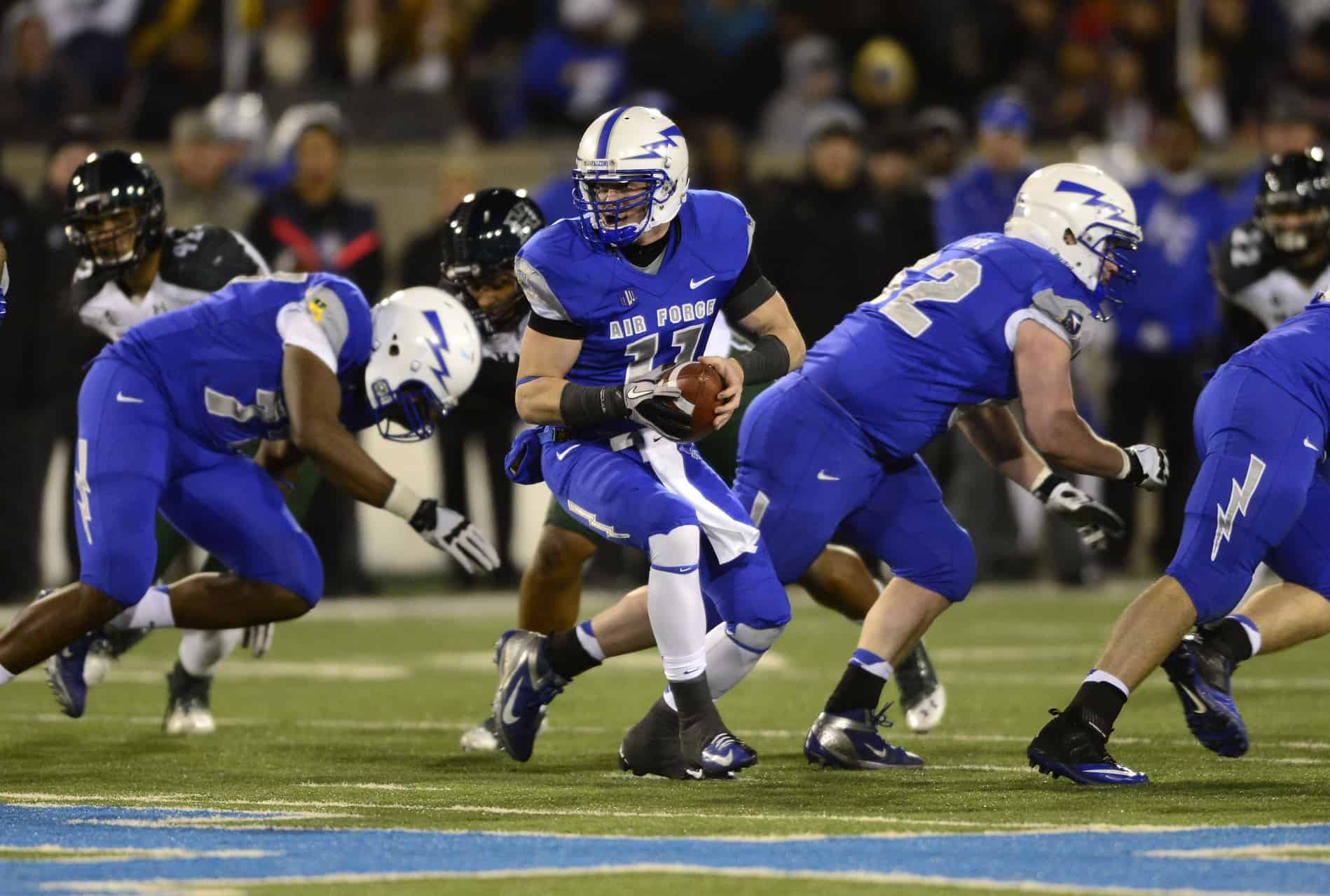 ESPN has announced the television schedule for seven 2013 Mountain West Conference games that will be broadcast on ESPN, ESPN2, and ESPNU.

The schedule kicks off with Air Force at Boise State on Friday, September 13 at 8 p.m. ET on ESPN. Additional television selections for the MWC will be announced later.

Who cares. Talk about an I relevant conference!

Al, why all the hate? The MWC is a descent conference with some good competitive teams. Nevada, Boise State, San Diego State, Air Force usually play a descent brand of football. If the MWC is not your thing, don’t watch it and do something else. I hope you wouldn’t classify Sun Belt, USA, Mid-American, and Independent conferences as “Who Cares” too. I am a huge Navy Midshipmen fan and believe that every team should be allowed to partake in having at lest one of their games televised during the football season by one of the TV networks. Go Navy!!! and lookout for ‘Billy the Goat”!!! I like the way the service academy’s play football, they are for the most part undersized and out matched, but give their all, they play until the final whistle is blown and the clock shows all Zero’s . If a team takes them too lightly, they can and will surprise you. Just ask Notre Dame between the years 2007 and 2010. ND went 1 – 3 versus the Naval Academy, a team that ND used to whip on a yearly basis since the Roger Staubach years. I know every team / conference can have their year, but give every conference a chance. One more note, back in 1984, the BYU Cougars won the National Championship and heck, they played in the WAC conference which is non-existent today. Anyway, All the Best!!! I would like to think that most games are relevant. Later and looking forward to 2014, I wish we could just flash forward through 2013 and get to 2014 and the playoffs.

Look I live in SEC country, and there is nothing wrong with MWC football… or any college football for that matter. GO BSU!

ESPN is smart to get the two Boise games out of the way in September when the Bronocs are still somewhat relevant.

Chuckie Keeton at USU and BYU QB (Stanford Transfer) Taysom Hill are two of the best QBs in the West. That game should be on ESPN not ESPN2.

You might not want to tune into ESPN on October 25th.

It’s hard to say now, what I will be doing on October 25th. Chances are the World Series will still be going on, But usually non-conference and non top 25 games dont hold as much appeal to me as conference games.

@NativePotato I actually will tune into that game and probably none that are talked about in this post. Oct 25th Boise St. vs BYU should be a great game vs the top 2 non BCS teams in the country.

@JST
I will watch it for that very reason. These are two really good teams and BYU has a OLB named Kyle VanNoy who is legit. I saw him outscore SDSU in the Poinsettia Bowl by himself, ESPN ranked it as the most dominant defensive performance of the bowl season. This VanNoy kid will be good at the next level, I hope he goes to my Raiders!

Agreed, but I will watch Air Force @ Boise State.

Unless you want to see if Boise State and BYU can combine for more than 13 points ;)

@jst5 Yeah I’m very much looking forward to that game. I was trying to reply to what BILL said earlier but the comment went to the bottom instead of under the original comment. What up with that FBS.com?

Glad to see ESPN show the Spartans some love..two games against two fine schools…absolutely critical they show up and play great for recruiting purposes. This year’s class went to hell when Coach Mac took the Colorado job so its another chance to show that SJS is not a mere blip but working towards sustained glory!