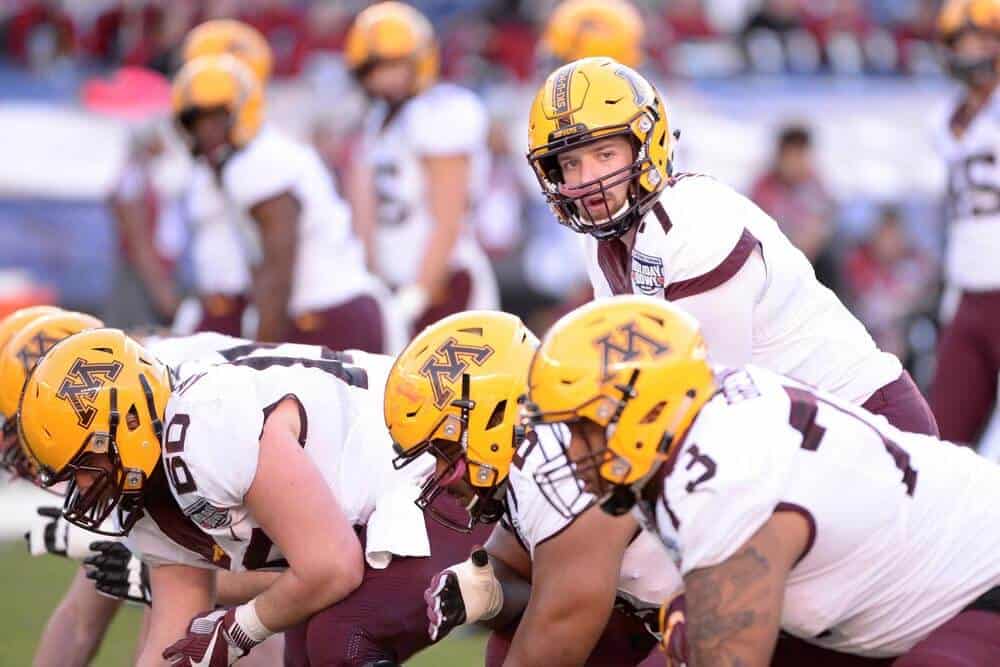 Though it certainly can’t dictate the outcome of a season on its own, scheduling has an impact that is as meaningful as it is overlooked.

In 2016, seven programs engineered turnarounds, at least in part, due to a significant decrease in schedule strength from the previous season. Though it wasn’t the only factor in ramping up the success, it definitely contributed.

Western Michigan hit double-digit wins for the first-time ever in 2016, including earning its first conference crown in 28 years. The Broncos’ 25-spot drop vs. 2015 in schedule strength was the 16th biggest in the FBS ranks.

At first glance, the Broncos’ 2016 slate looks anything but “easy.” WMU traveled to two Big Ten opponents last season; Northwestern and Illinois. Though it wasn’t a walk in the park, it was “easier” than 2015 when the Broncos hosted (5) Michigan State and visited (1) Ohio State. The two losses from one season were converted into wins in the next.

Though Gamecock fans might not have been overly impressed with their 6-7 finish, it did represent double the wins achieved during their 2015 campaign, the worst finish since 1999. Their 34-point drop in schedule strength was fifth in the country and fourth among Power teams.

Beyond its annual meeting with Clemson and an FCS foe, South Carolina exchanged North Carolina and UCF—its non-SEC opponents in 2015—for East Carolina and UMass in 2016. In cross-division play it dropped LSU and picked up Mississippi State. The Gamecocks have lost six straight to the Tigers vs. winning seven straight over the Bulldogs. Additionally, the Cocks got Tennessee, the top dog in the East coming in to the season, at home.

The Vandals picked up five additional wins from 2015 to 2016, scoring their best finish since 1998. It’s no coincidence that their schedule strength dropped 36 places over the same time span. It’s tied for the fourth biggest drop in the FBS.

Though Idaho played both (8) Washington and Washington State in 2016, this was a step down from 2015 when it faced (8) USC and Auburn. In Sun Belt play, the Vandals avoided Arkansas State (0-3 in the last three) and Georgia Southern (who they have never beaten).

UTSA received a bowl bid for the first time in program history in 2016. Of course, the Roadrunners didn’t establish their football program until 2011. Regardless, 6-7 was a huge improvement over the 7-17 mark they posted from 2014 to 2015. Their drop in schedule strength, 36 places, is tied with Idaho for the fourth biggest nationally.

Like Western Michigan, first impressions of UTSA’s 2016 slate are anything but “easy.” The Roadrunners drew FCS Alabama State, Arizona State, (23) Texas A&M and Colorado State out of conference last season. In 2015, they didn’t play an FCS opponent, did play Colorado State and faced (22) Arizona, Kansas State and (25) Oklahoma State. That’s three Power opponents (two ranked) in 2015 vs. only two (one ranked) in 2016.

Like South Carolina, Maryland doubled its 2015 win total in 2016, indicating if nothing else, it’s moving in the right direction. The Terrapins 45-slot drop in schedule strength from one season to the next is the third biggest in the FBS – a free fall from the top 20 to the bottom half.

The biggest reason for the decline was the total lack of a Power opponent in non-conference play in 2016. To keep this in perspective, remember that the Big Ten expanded its in-conference schedule from eight to nine games from 2015 to 2016. So, where members played four non-league games in 2015 they played only three in 2016.

For Maryland, it meant facing FCS Richmond, Bowling Green, USF and West Virginia in 2015 vs. drawing FCS Howard, Florida International and UCF in 2016. It’s no surprise that last season is the first time the Terrapins have managed an undefeated record in non-league play since 2013, their final year in the ACC.

The additional Big Ten foe, for the entire conference, came via a third cross-divisional game. For the Terps it meant playing Wisconsin and (10) Iowa in 2015 vs. facing Purdue, Minnesota and (19) Nebraska in 2016. Though the Huskers are no push over – combining them with the Boilermakers and Golden Gophers is an easier gig than the Badgers and Hawkeyes – arguably the top two teams in the division.

Only one team in the entire 128-school FBS enjoyed a larger drop in schedule strength than Minnesota did from 2015 to 2016. It goes a long way in explaining how it managed to achieve its best results in over a decade.

In 2015, the Golden Gophers drew (2) TCU, Colorado State, Kent State and Ohio out of conference. In 2016, the number reduced to just three (due to the Big Ten schedule changes explained above) – Oregon State, FCS Indiana State and a repeat of Colorado State.

Even more impactful was who Minnesota faced across the conference from the East division. In 2015 it squared off with (15) Michigan and at (1) Ohio State. Compare that to 2016 when the Gophers met Penn State (early in the season) along with Maryland and Rutgers – the two weakest East programs.

The net effect is that they dropped three ranked opponents from 2015 (TCU, Michigan and Ohio State) and replaced them with unranked foes.

The Huskies magical run to their first Pac-12 title in 16 years coincided with the biggest national drop in schedule strength from 2015 to 2016. Though there is no reasonable way it can be the only factor, or even primary factor – it simply can’t be overlooked.

What’s tricky is Washington’s schedule from one year to the next is not as overtly different as others. In 2015, the Huskies drew (23) Boise State, FCS Sacramento State and Utah State out of conference. Compare this to 2016’s slate of Rutgers, Idaho and FCS Portland State.

Even though Washington didn’t play a Power foe out of Pac-12 play last season, that’s not the entire story. The Huskies are 2-2 all-time vs. the Broncos vs. never previously facing Rutgers. The Scarlet Knights have only scored two wins ever vs. the Pac-12 and haven’t beaten a ranked team since 2009, losing 16 straight games vs. Top 25 teams since.

In Pac-12 play, the Huskies had the advantage of drawing both USC and Stanford at home in Seattle last in 2016 vs. getting them both on the road in 2015. It also avoided Colorado (the team that wound up winning the South) in the regular season.

Attention; Virginia. your OOC opponents need to be (like): Delaware St., Mercer, & Tennessee-Martin…

Hard to believe, but Rutgers is in a Power conference

Rutgers is the perfect example of why “P5” status isn’t the sole determinant of schedule strength. They’re in a P5 conference, but they don’t play like it.