September 3, 2016 will be a monster day In college football 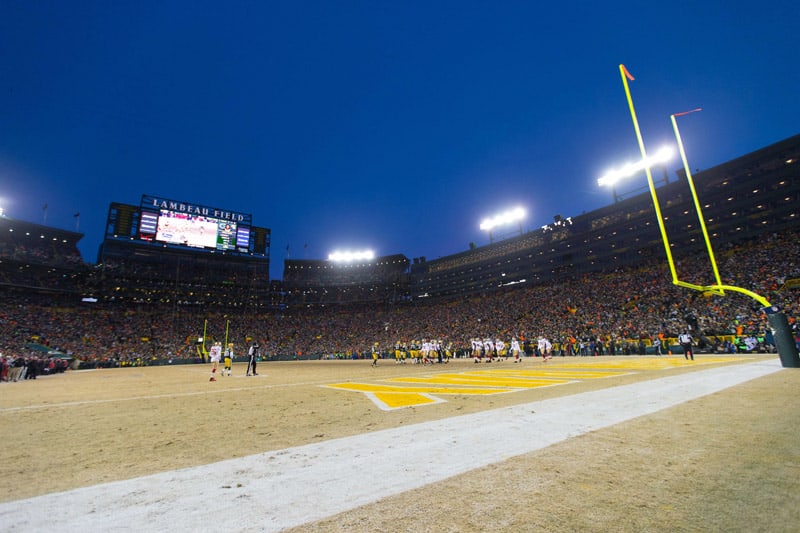 Earlier today, Auburn and Clemson announced a home-and-home football series that kicks off with a Sept. 3, 2016 match-up on the plains.

The ACC-SEC contest adds to an impressive list of non-conference college football games that are currently scheduled for the opening Saturday of the 2016 season.

If this list of games doesn’t see any casualties, it will be a monster day of college football! Go ahead and request the day off if you work weekends, and don’t plan Fall weddings.

Clemson at Auburn
Clemson opens the 2016 season at Auburn and then the series moves to Death Valley in 2017. The two schools have played four contests since 2007, two in Atlanta and two on campus.

Alabama vs. USC
Alabama and USC will square off in the Cowboys Classic at AT&T Stadium in Arlington. Alabama and USC haven’t met in the regular season since a 1978 contest in Birmingham. The Crimson Tide lead the overall series 5-2 and won the last meeting 24-3 in the 1985 Aloha Bowl.

LSU vs. Wisconsin
While it would be nice to have seen LSU and Wisconsin play home-and-home, we get the next best thing — a college football game at historic Lambeau Field in Green Bay. Lambeau also seems like the perfect spot for the first ESPN College GameDay of the season. The two schools also open the 2014 season at NRG Stadium in Houston.

UCLA at Texas A&M
Texas A&M has been criticized for their lackluster non-conference scheduling since moving to the SEC, but they did have to scramble to add some late opponents. The Aggies stepped up to the plate by scheduling a series with UCLA and a 2015 opener vs. Arizona State.

Notre Dame at Texas
Notre Dame and Texas are slated to meet in Austin in 2016 after kicking off a four-game series in 2015 in South Bend. The two schools are also supposed to play in 2019 and 2020, but the two games may be moved.

Arizona vs. BYU
The third opening-day neutral-site game features Arizona and BYU squaring off at University of Phoenix Stadium in Glendale. The three-game series will also see the two schools meet in 2018 in Tucson and 2020 in Provo.

Houston vs. Oklahoma
Although not officially announced, two sources confirmed that the Houston Cougars will take on the Oklahoma Sooners in the AdvoCare Texas Kickoff at NRG Stadium in Houston. The Sooners and Cougars have met twice previously, and neither contest was close. OU trounced UH 40-14 in the 1981 Sun Bowl in El Paso, TX and 63-13 in 2004 in Norman.

In addition, the Chick-fil-A Kickoff Game for the 2016 season has not yet been revealed. It usually features an ACC-SEC match-up, and it was rumored last year that the 2016 game would be Georgia-Florida State.

Florida State has also been rumored to be in talks to play in a neutral-site game in Orlando in 2016.

Mostly thanks to the 9th P5 game requirement in the SEC. Fans definitely win.

what about Florida St. vs. Presbyterian?

Wow! These neutral site games have really taken over & now with the playoffs we will all see better OOC games from all Conferences.

Unfortunately. Teams should schedule home and home b/c these games are a rip off for fans who are losing a quality OOC and have to travel and pay for tickets not included in their season packages that home and home would be.

Not every fan gets a season package or can even afford it these days. Some fans like to go to other states & see different stadiums. It is good for travel, the players, recruiting & is something different & brings excitement to the games. We all have different opinions on this subject.

Chick – Fil -A kick off if they are going with ACC/SEC the only top teams in the conferences that aren’t playing on 9/3 or don’t already have a neutral site that year and/or P5 OOC in september already are FSU and Miami in the ACC and GA and SC in the SEC. So the FSU/GA talks looks like will be what happens.

The Nashville kick off site game could get SC they can’t even go home state with TN b/c they already have a neutral site game 9/10/16. Other top conf teams available or could cancel low level games are OK State, Oregon(unlikely b/c they would have 12 P5 opponents), Miami, Mich St, Michigan(unlikely they would then have 11 P5 opponents plus UCF and would have to cancel Hawaii….I would bet on SC(SEC) and Ok State(B12) or Miami(Miami needs a game and has 2 low level mid majors and their P5 games is ND which is in october

SEC teams sure are all over these neutral site games: Atlanta every year, Dallas most years, Houston fairly often, and soon to be Nashville. Charlotte will host Tennessee against WVU in the next few years, and the Vols will be in Bristol vs. VT soon, too.

I wonder if Midwest cities like Chicago, Detroit, Indy, or Minneapolis will try to host these games for Big Ten vs. whomever. It would be nice, though, if more of these were home-and-homes.

Most SEC teams wan to avoid Home and home series, Bama being the prime example, Florida plays FSU b/c they have to. They tried to get out of it but the legislature made it mandatory when UF was talking about backing away from yearly some years back.

Most likely the SEC team for the Nashville kickoff game will be either Ole Miss (still needs a P5 for 2016) or Mizzou (has no currently scheduled OOC games for 2016). Mississippi State still needs a P5 as well but has South Alabama scheduled for the 2016 opener

Don’t forget Houston and OU on the same day. Very possible that both of them could be ranked as well.

Georgia is seto play North Carolina on Sept 3rd 2016. Not as big a deal as Flordia State but it is still a good matchup.

How awesome would it be if GA/Miami got scheduled in the CFA Kickoff Classic?!! Old coach’s team vs New coach’s team?? They could sell this for days!!