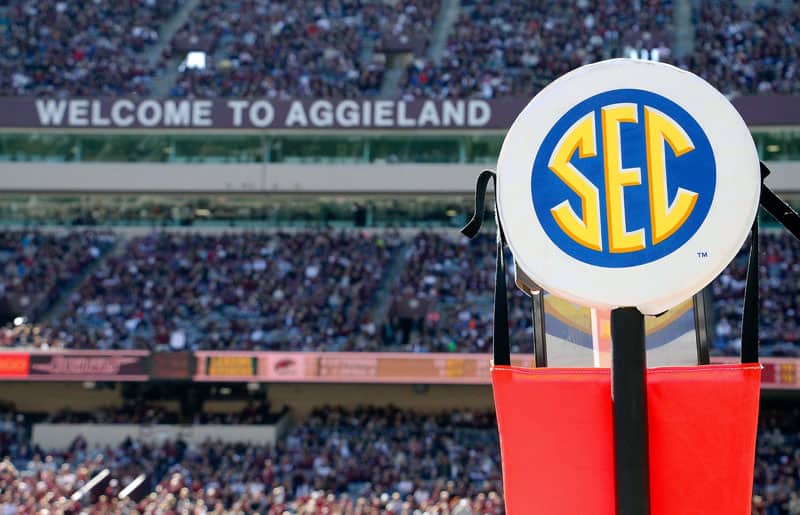 The SEC football TV schedule for Nov. 22 and the weekend of Nov. 29 (Thanksgiving) has been set, the SEC announced today.

The SEC on CBS Game of the Week for Nov. 22 is Ole Miss at Arkansas. On Nov. 29, CBS will features the Egg Bowl between Mississippi State and Ole Miss in Oxford. Both games will begin at 3:30pm ET.

Alabama and Auburn will meet in the Iron Bowl at night for the first time since the 2007 season. The Nov. 29 rivalry game in Tuscaloosa will be televised by ESPN at 7:45pm ET.

Three games involving SEC teams on Nov. 29 have yet to be announced because they are ACC-controlled games.

Listed below are the SEC schedules for the final two weeks of the 2014 regular-season.