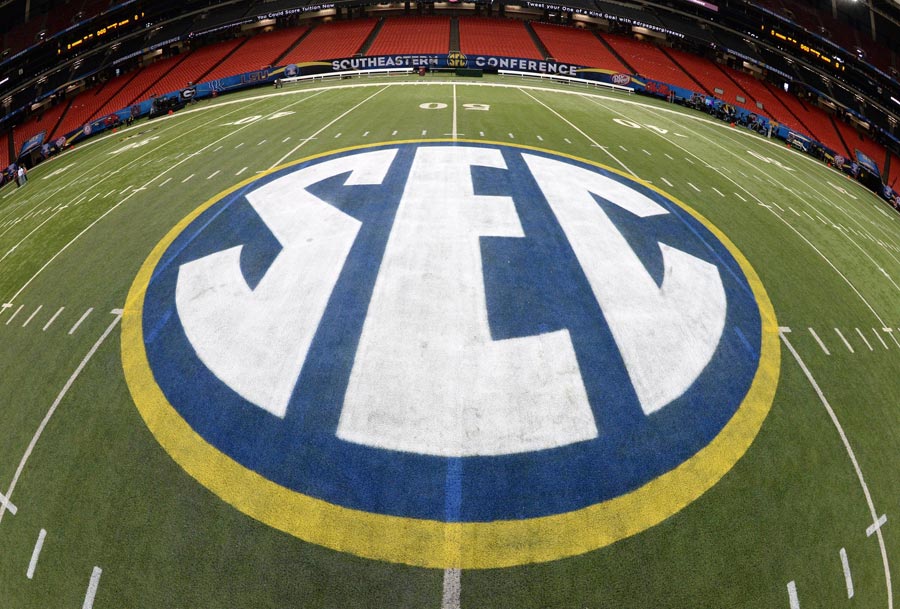 The SEC early season 2015 football TV schedule has been announced. A total of 30 games are now set for the first three weeks of the college football season.

South Carolina will be the first SEC team in action in 2015 when they take on North Carolina in the Belk College Kickoff in Charlotte. The game is set for 6pm ET on ESPN.

The opening Saturday also features a couple of other big non-conference games — Alabama vs. Wisconsin (at Arlington, TX) and Auburn vs. Louisville (at Atlanta, GA).

Listed below are the SEC games that have been selected for television as of June 18. All remaining SEC controlled games will be announced six-to-12 days prior to the date of the game.

why dosent abc get any sec vs sec games

I’m sure it’s a contract thing. They never show SEC games on ABC. I’m guessing might have something to do with CBS contract. Just a guess.

CBS has exclusive over-the-air rights to the SEC. ABC can only show SEC games if they’re on the road or playing in a neutral site.

CBS has the exclusive rights to over-the-air broadcasts per its contract with the SEC. ESPN only has cable rights.

Back in the 2009 season, I remember that ABC showed bonus coverage of the Florida @ Kentucky game & they were told by the SEC and/or CBS that it was a no-no for the reason that you, Pete and Jeffrey said.

Some of those late games won’t be over ’til 1AM on the East Coast… might as well be a Pac-12 game.

I’m puzzled as to why on 9/12, CBS picked Georgia-Vanderbilt instead of Oklahoma-Tennessee…

It’s because in CBS’s contract each SEC team has to be shown at least once.

The CBS contract has to show all the SEC teams at least once every three years. Vandy’s not really CBS worthy in my opinion.

because they only show sec vs sec

My understanding is that CBS did not get the first choice of games the first two weeks of the season and are instead “renting” for lack of a better term games from ESPN. I think they got like the third or fourth pick……behind ESPN and ESPN2 but in front of the ESPNU and the SEC Network.

I’m glad there are competitive games the second weekend of the season unlike last year. LSU-MSU will be intriguing to watch as will Oklahoma-Tennessee.

I have noticed that for all of FBS in week 1, there are no games on ESPN2. Why is this? Is there an event that ESPN is televising? It can’t be NASCAR because they don’t have the broadcasting rights to those anymore I believe. Anyone know?

Also, what is ESPN televising between 3-6 PM ET on September 12 (week 2)?
They are airing the USF/FSU game at 11:30 AM ET, then a 3-hr break until 6 PM when the Okla/Tenn game begins. Does this have to do with ESPN not being allowed to air an SEC game when CBS is airing one?

ESPN2 is showing US Open Tennis which ESPN now has exclusive rights for. This also is why CBS picked up a couple early season SEC games as they normally didn’t air games until Week 3.

The September 12th window on ESPN is the Men’s Semi-Final coverage which ESPN is showing on their main network.

You are correct though that CBS has an exclusive mid-afternoon window to air SEC games. ESPN will show them Saturday nights most of the season. This doesn’t take affect however until Week 3 per the CBS contract.