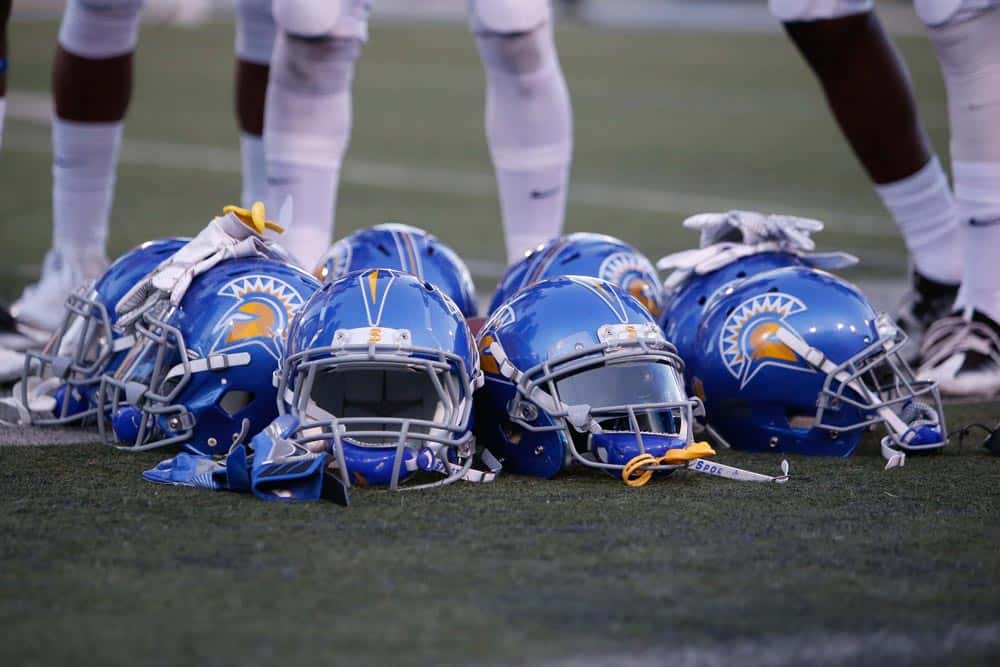 The San Jose State Spartans have added the Texas Longhorns to their 2017 football schedule, the school announced on Tuesday.

San Jose State will travel to take on Texas at Darrell K Royal – Texas Memorial Stadium in Austin on Sept. 9, 2017. The game will be the first-ever meeting between the two schools.

Texas was originally scheduled to host USF on Sept. 9, 2017, but that matchup was pushed back six seasons to 2023.

San Jose State has now completed their 2017 non-conference football schedule and the Spartans will play five opponents. The extra opponent is due to the Hawaii Exemption, which enables teams that play at Hawaii to schedule an extra game to offset travel costs.

The Spartans will open the 2017 season on Aug. 26 at home against USF. The game was previously scheduled for Sept. 9 but was moved up two weeks.

The following weekend, San Jose State will host the Cal Poly Mustangs. An exact date for the game was not specified, although it was previously announced as Thursday, Aug. 31.

San Jose State’s final two non-conference games are both on the road — at Utah on Sept. 16 and at BYU on Oct. 28.

In Mountain West play, the Spartans are set to host Fresno State, San Diego State, Utah State, and Wyoming and will travel to Colorado State, Hawaii, Nevada, and UNLV.

How is San Jose St. opening the season the weekend before Labor Day weekend? Is the NCAA granting an exception because of the 13-game schedule?

Under new NCAA legislation, if you play at Hawaii, you can play the week before Labor Day

Another piece on UCF pushing its Texas date off opening it for SJSU….
http://bangordailynews.com/2016/09/27/sports/central-florida-umass-will-be-umaine-football-teams-next-fbs-opponents/