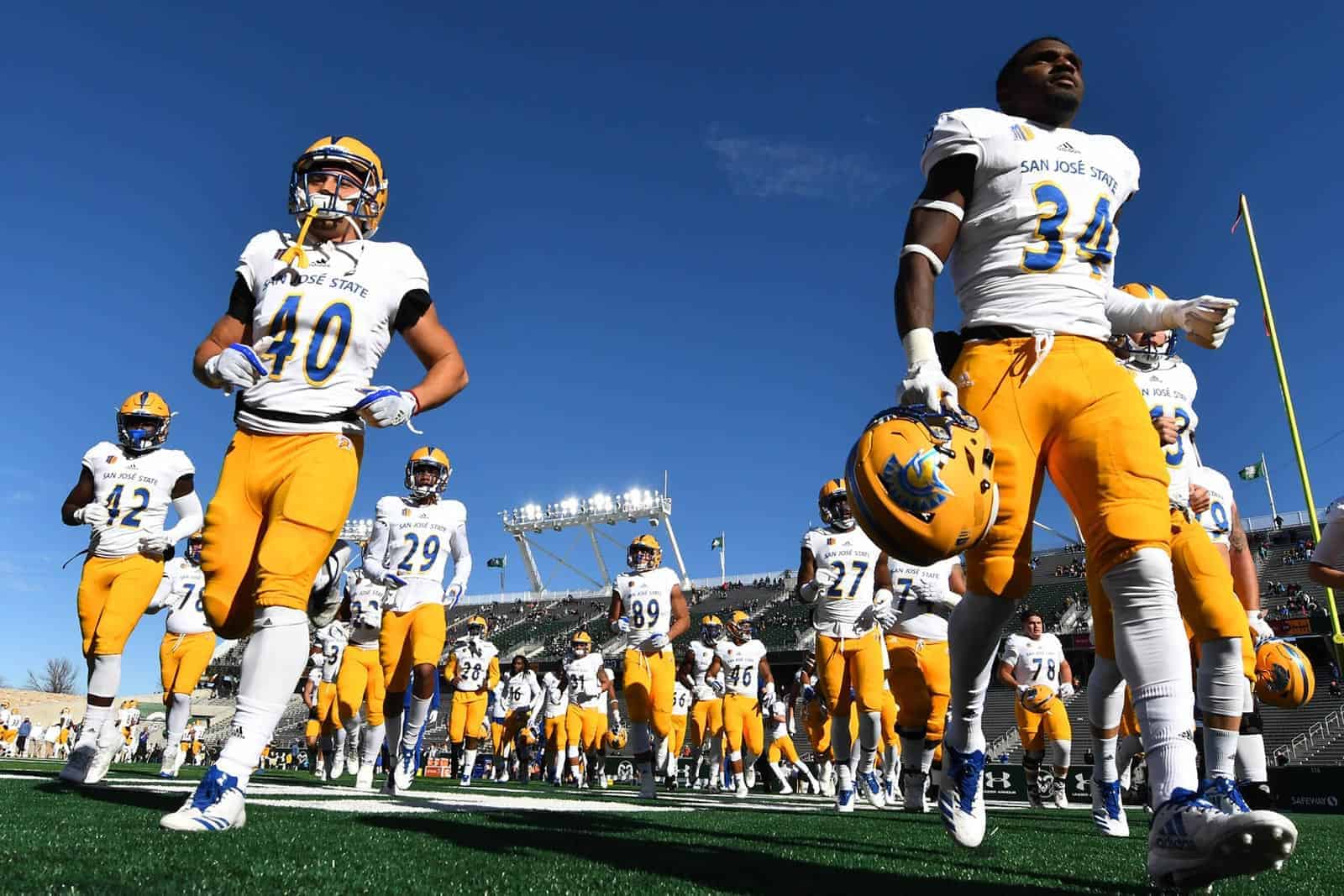 San Jose State’s non-conference opponents for 2018 and 2019 were previously announced and remain the same. In 2018, the Spartans are set to host Army and UC Davis and travel to Oregon and Washington State.

For 2019, San Jose State is slated to host Northern Colorado and Tulsa and play at Arkansas and Army.

San Jose State was previously scheduled to play at USF and host Oregon State in 2020. With this latest release, those two games appear to have been postponed or canceled.

The Spartans will now host Army and UC Davis and travel to Central Michigan and an opponent to be announced for the 2020 season.

The Central Michigan game in 2020 is set for the season-opener on Sept. 5 and is part of a home-and-home series, per a release by CMU. The Chippewas will return the game with a visit to CFECU Stadium on Aug. 30, 2025.

In 2021, San Jose State has added home games vs. New Mexico State and Southern Utah and a trip to play the Georgia Bulldogs. The Spartans are also set to travel to Army on Sept. 18, which was previously announced.

“Our goal for the competitive success and fiscal well-being of our football program is to play two of our four non-conference games at home, play one of those games against a FCS (Football Championship Subdivision) opponent as an early-season game, play a home-and-home series with a FBS (Football Bowl Subdivision) team and schedule one game a season against a team from either the Pac-12, Big 12, Big Ten, SEC or ACC conferences,” said SJSU director of athletics Marie Tuite.

“We have signed contracts that reflect this scheduling philosophy beginning with the 2019 season.

“I’d like to thank Steve O’Brien, our new deputy director for athletics, who took over football scheduling for his work completing the scheduling process once I became athletics director and to Coach Brennan who shares this vision for our program.”