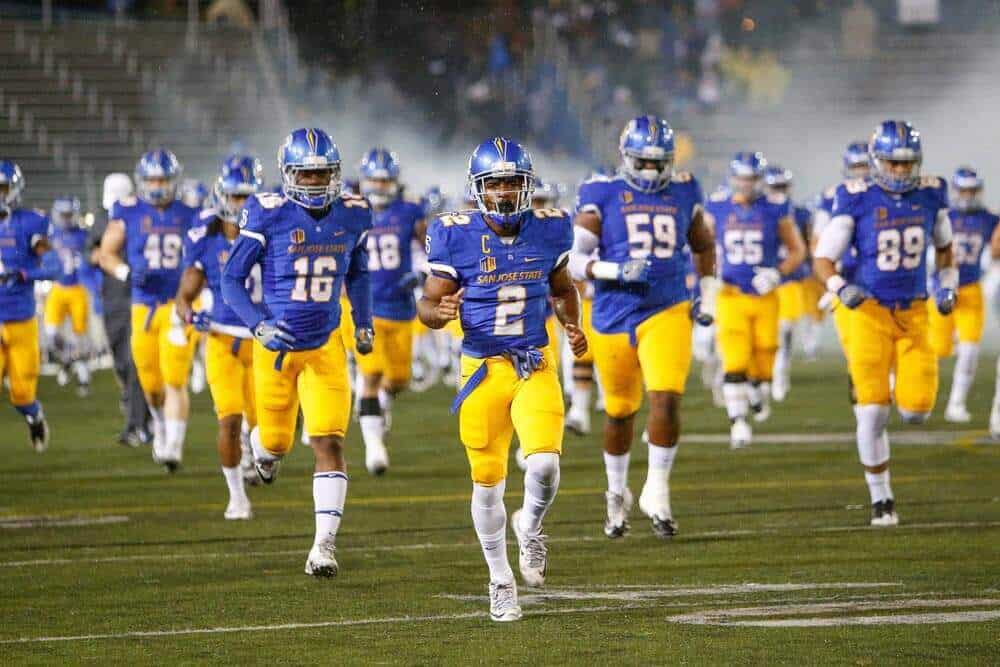 The San Jose State Spartans have announced their 2019 non-conference football schedule, which was completed by the addition of Northern Colorado.

San Jose State will open the season vs. the Northern Colorado Bears at CEFCU Stadium on Thursday, Aug. 29. The game will mark the first-ever meeting between the two schools.

“Our student turnouts for the Thursday night before the Labor Day weekend are good for our team. We look forward to giving our students another entertaining game the first week of school when we host Northern Colorado.”

The following week on Saturday, Sept. 7, San Jose State hosts the Tulsa Golden Hurricane. The game is the second of a home-and-home series that began in Tulsa in 2016.

San Jose State’s fourth non-conference game of the 2019 season is at Army on Saturday, Oct. 19. The two schools are slated to meet for the first time ever on Oct. 13, 2018 in West Point.

In Mountain West Conference play in 2019, the Spartans are scheduled to host Boise State, Fresno State, New Mexico, and San Diego State and to travel to Air Force, Hawaii, Nevada, and UNLV.

Since San Jose State plays a Hawaii in 2019, they have the option of adding a fifth non-conference game and/or opening the season in week zero, which would be Saturday, Aug. 24. However, neither option was mentioned by the school.

This is a much sane schedule….if Coach Brennan can get a couple of solid recruiting classes in and develop some front seven depth,SJSU can not only compete with type of schedule but also win with it. Over scheduling is a step backwards…on paper the Spartans will be even matched up with Army and Tulsa,should handle N.Colorado and we’ll see about the Razorbacks…..

I agree, much more sane. Has the elements that work: 1 money game(Ark.), 1 FCS squad(N Col), and 2 mid-majors. Army could pose a problem if Brennan and his staff can’t figure out how to stop the run. Caragher’s teams let opponents run freely. This has the potential to be a 3-1 OOC schedule.

209 better hope you can beat Army cause Tulsa will smash the Spartans. Sorry Circle but what paper are you looking at to see an even match with the Golden Hurricane?

Tulsa had a nice game against us at their house…..they are a better coached team as well…..I believe Brennan will be a much better HC then Caragher and SJSU will improve after this year. As much as I always want the Spartans to play against a stronger program,I just wish there wasn’t so many games against them with so little depth on defense.
Tulsa is very much like SJSU,they rotate a strong team every 2-4 years….both Tulsa and SJS are on the same level.