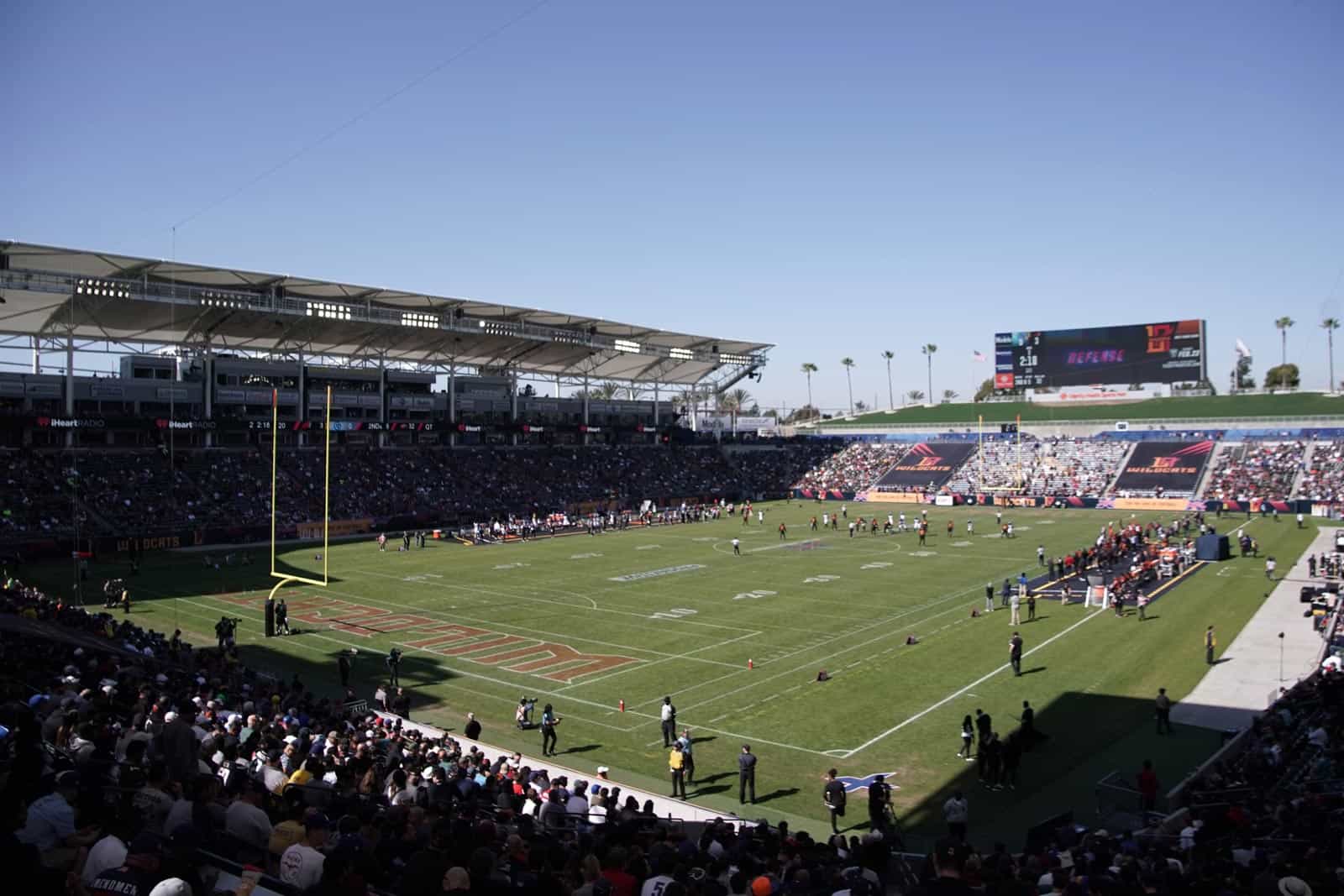 The San Diego State Aztecs will play at Dignity Health Sports Park in 2021, the school announced on Tuesday.

Dignity Health Sports Park, located in Carson, Calif., is the current home of the LA Galaxy of Major League Soccer and former home of the Los Angeles Wildcats of the XFL. The NFL’s Los Angeles Chargers also played there from 2017 through 2019.

The Aztecs would have played their final season at SDCCU Stadium this fall, but the Mountain West Conference postponed their season to spring due to the novel coronavirus 2019 (COVID-19) pandemic.

“Once the sale of the site was finalized with the city and we knew we could play football in Aztec Stadium in fall 2022, based on all the information we had gathered, it became clear the existing stadium had to come down in the first quarter of 2021,” said San Diego State Athletic Director John David Wicker. “Our intention had been to play a final season in SDCCU Stadium. Unfortunately, COVID-19 has forced our hand and we must move the spring 2021 games as well.”

Aztec Stadium is anticipated to be completed in time for San Diego State’s season-opener against the Arizona Wildcats on Saturday, Sept. 3, 2022. The new stadium will have a seating capacity of 35,000

“Although I am disappointed that we will not be playing our home games in San Diego next year, I remain incredibly excited about playing in our new stadium in the fall of 2022,” Wicker said. “While we wait for completion of this transformational facility, I am thrilled that Aztec fans will be able to cheer on our team while enjoying a remarkable game-day college atmosphere. The staff at Dignity Health has experience running marquee events and our staff looks forward to working with them to make this a great experience for our supporters.”

The Mountain West Conference has not yet announced a schedule or format for the spring 2021 season. If the 2020 opponents remain the same, San Diego State will host Colorado State, Hawaii, UNLV, and San Jose State at Dignity Health Sports Park.

In the Fall of 2021, San Diego State is scheduled to host non-conference matchups against New Mexico State, Utah, and Towson. Mountain West home opponents for the Aztecs include Boise State, Fresno State, Nevada, and New Mexico.

Petco Park must have been a non-starter. I wasn’t expecting the Aztecs to have to go all the way to Los Angeles County.

Petco must have been out due to baseball being played simultaneously.

Padres baseball is usually done by end of September

Talking about the Spring season.

I just saw why Petco Park wasn’t an option regardless of the time of year. Football isn’t supposed to be played there to begin with, the Padres wouldn’t want it being played while the MLB club is in-season and a football field wouldn’t fit in there without applying a jackhammer to the outfield walls and that wouldn’t even be worth the exorbitant cost. Also, playing in Carson would cost them less money than playing at the obsolete and decaying concrete donut named SDCCU Stadium would cost, especially when you consider the maintenance costs of the latter venue.

I remain very skeptical about any Spring 2021 exhibition “season”. Why bother? Personally, I would play, simply because it is a chance to compete, but I can certainly hear lots of naysayers asking “Why?” And to top it off, playing all your “home” games as away or at best neutral site games in Los Angeles. Finally, will there even be fans allowed? If not, why not play your home games at the best high school or small college field available?

So, are they going back to SDCCU for one more season this fall, since the stadium must come down in the first 3 months of 2021?

And even more important, where will the Holiday Bowl be played?

What a great time to be FRSchedules! You don’t like the news? Don’t worry, things will be different tomorrow!