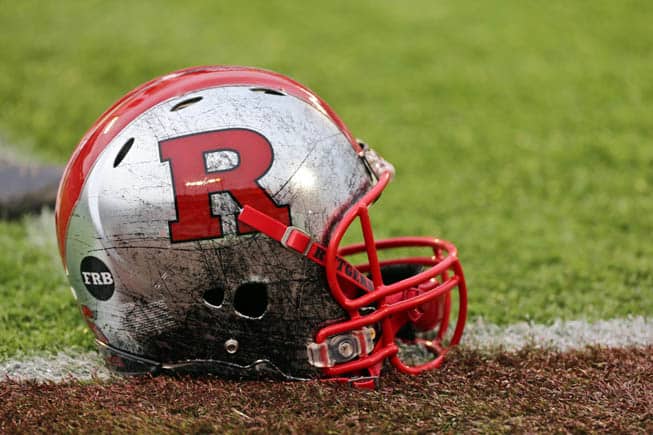 The Rutgers Scarlet Knights have completed their 2014 and 2015 football schedules. The 2014 season will be the first for Rutgers in the Big Ten.

Rutgers’ 2014 and 2015 Big Ten conference schedules were released in May and June, respectively, but both schedules had non-conference holes to fill.

Yesterday, Rutgers announced a 2014-15 home-and-home football series with the Washington State Cougars. The addition of WSU completed the schedule for Rutgers in 2014.

After the Scarlet Knights open the season against the Cougars in Seattle on Friday, Aug. 29, they return home to face Howard of the FCS. Rutgers then plays their inaugural Big Ten football game against Penn State at home on Sept. 13.

Rutgers hits the road to take on Navy on Sept. 20 and then closes out the non-conference portion of their schedule at home against Tulane on Sept. 27.

The rest of B1G play in 2014, in order, includes Michigan, at Ohio State, at Nebraska, Wisconsin, Indiana, at Michigan State, and at Maryland.

Rutgers’ 2015 schedule is also complete with the addition of Washington State and, as the New Jersey Star reports, a season-opener against Norfolk State on Sept. 5.

After an open date, Rutgers resumes B1G conference play at home vs. Michigan State. Their remaining B1G games are at Indiana, vs. Ohio State, at Wisconsin, at Michigan, vs. Nebraska, and vs. Maryland, which is their final game of the regular season.

On November 21, the second-to-last week of the regular season, Rutgers meets Army at Yankee Stadium in Bronx, NY.

It appears Rutgers is playing the same exact Big Ten teams in both 2014 and 2015. Why would the conference be doing that?

I don’t get it, why don’t we play Illinois or Northwestern the first two years??

That’s normal you play your division every year the cross over game are Home and Home.

The better question is why they are getting both Nebraska and Wisconsin as their first two cross-divisional opponents. I’d bet that the Big Ten (Big Fourteen, Big North, whatever) wants to get good NY/NJ TV ratings in the first two years so that they can get a better TV deal in a couple of years.

Rutgers will not win a Big 10 game the first 2 years in the conference.