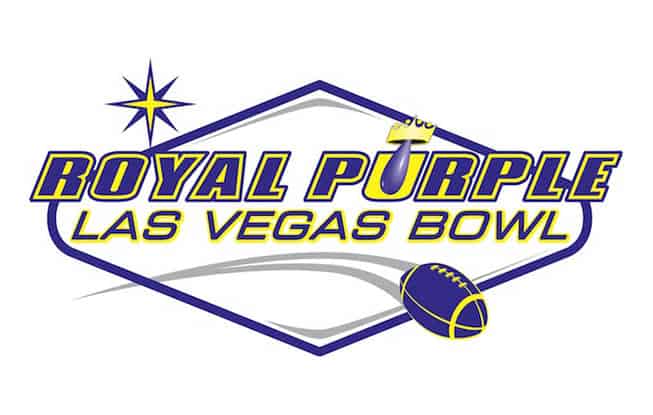 Royal Purple, a manufacturer of high performance lubricants and motor oil, is the new title sponsor of the Las Vegas Bowl.

The Las Vegas Bowl unveiled their new sponsor at The Hard Rock Hotel and provided updates on their Twitter and Facebook pages.

“Today marks a wonderful new alignment between our bowl, our city and Royal Purple,” Las Vegas Bowl executive director Dan Hanneke in a release. “Our event will only continue to grow with the addition of a great title sponsor and we can’t wait for the 22nd edition of the game, which is now just three months away.”

The 2013 Royal Purple Las Vegas Bowl will be played on Saturday, Dec. 21 and will be televised by ABC at 3:30 p.m. ET. The game will be played at Sam Boyd Stadium and will feature a Mountain West Conference team against an opponent from the Pac-12.

Well…small comfort that they didn’t replace Discover as sponsor of the Orange Bowl.