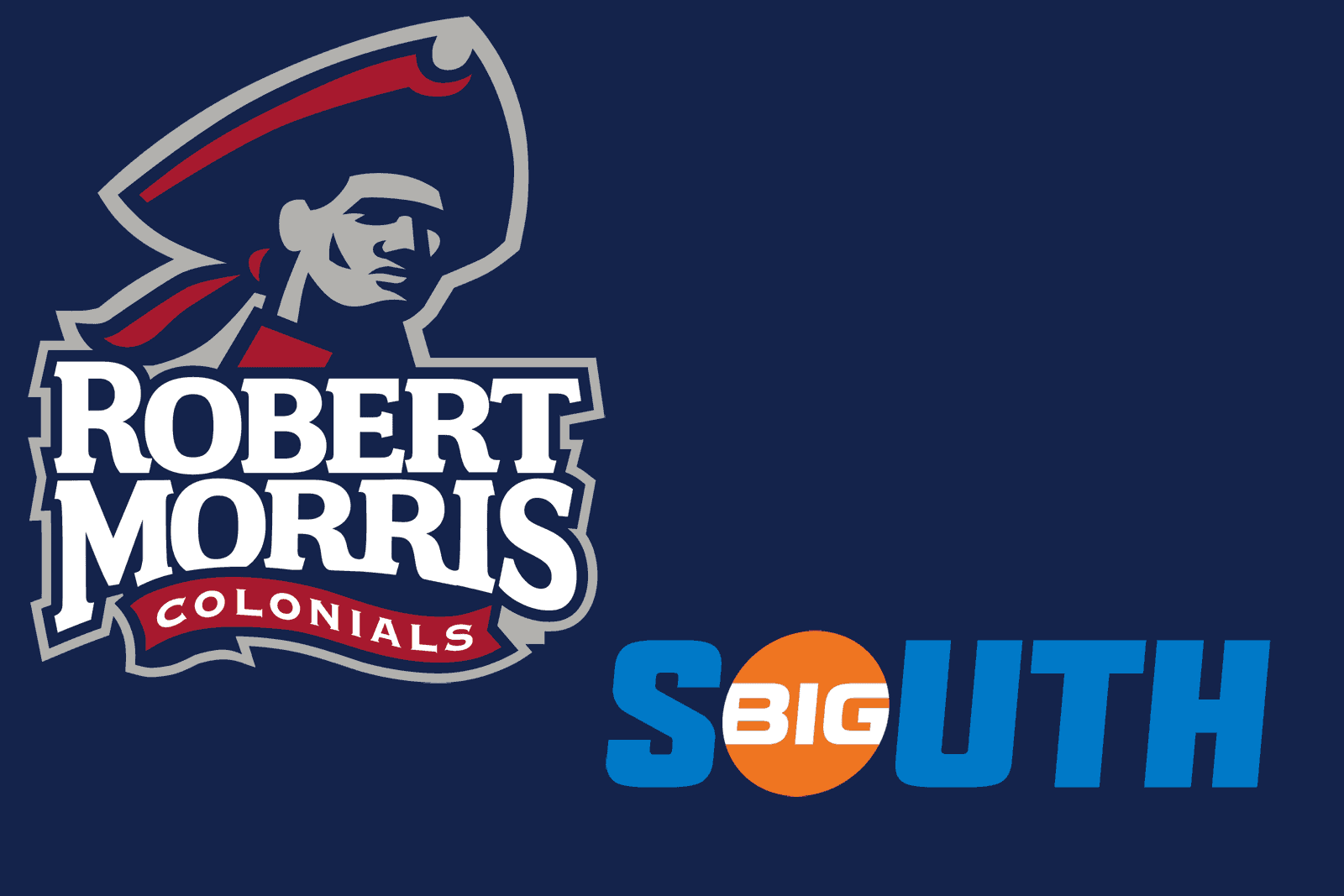 The Robert Morris Colonials football team will join the Big South Conference in 2021, the school announced on Monday.

“This is an excellent opportunity for RMU,” said RMU President Dr. Chris Howard, a former member of the College Football Playoff Selection Committee. “Football has had a tremendous impact at the university, and joining the Big South will allow Coach Clark, his staff and our student-athletes to take the program to even greater heights.”

Robert Morris began playing at the Football Championship Subdivision (FCS) level in 1994 and have competed in the Northeast Conference (NEC) since 1996.

Before joining the Big South Conference in 2021, Robert Morris will compete as an FCS Independent for the 2020 football season along with Dixie State, Presbyterian, and Tarleton State.

“This day signifies another milestone in growth of RMU athletics,” Robert Morris Vice President and Director of Athletics Chris King ’94 said. “We’re excited to join the Big South Conference as an associate member in football and become a part of a league that has sent multiple teams annually to the FCS Playoffs in recent years. We see this move as an opportunity for the football program to build new and exciting competitors, enhance recruiting and provide a focus on football excellence. We look forward to our football program building great traditions and rivalries in the Big South and contend for a Big South Conference championship and an FCS Playoff berth. Today is a great day for the university and athletics program.”

Beginning with the 2021 season, the Big South Conference will have a total of nine football-playing members. Five of the schools are core members (Campbell, Charleston Southern, Gardner-Webb, Hampton, and North Carolina A&T), while four are associate members (Monmouth, Kennesaw State, North Alabama, and Robert Morris).

The loss of Robert Morris drops the NEC down to eight football-playing members beginning in 2020 — Bryant, Central Connecticut, Duquesne, Long Island, Merrimack, Sacred Heart, Saint Francis U., and Wagner. Merrimack is currently in a four-year reclassification period and will not be a full member until the 2023-24 season.

As for Robert Morris’ 2020 football schedule, no changes were announced today. Their schedule currently includes a home game against VMI and games at Bowling Green and Dayton, in addition to eight NEC opponents.

At this point in the year, RMU’s schedule will likely remain unchanged. Since the Colonials will play as an Independent in 2020, they will have no league standings. RMU’s scheduled NEC games may end up counting in the standings for their opponents, but that’s speculation at this point.

Awkward Alert: Robert Morris plays a northeast conference schedule but not as a member

Yes I know why

RMU will most likely have to change the location of their scheduled games at Central Connecticut and at Wagner. It is extremely unlikely that these NEC teams will travel to RMU for a non-conference game. If new agreements can’t be made, it is possible that they will become open dates on the schedule.

RMU will not count in the NEC standings as a league opponent – they will simply be considered a non-conference opponent in the standing (just like Merrimack) for 2020.

Except that Merrimack wasn’t going to play a full conference schedule to begin with, so their games wouldn’t have counted anyway. I see it very unlikely that the games with Central Connecticut State and Wagner will be canceled or changed, at this point. There’s hardly any schools with games to schedule with as replacements.