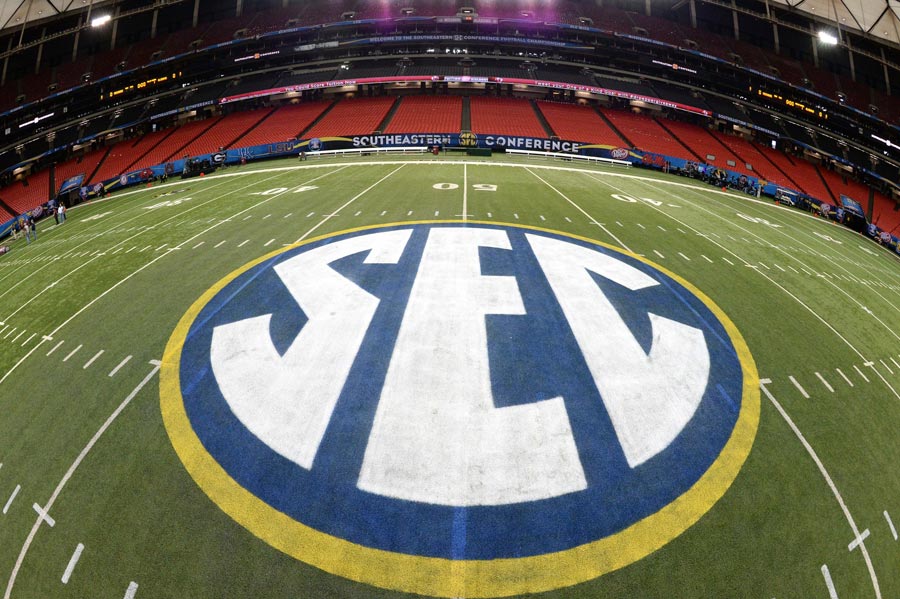 We are just over a week away from “Selection Sunday,” but first it’s Rivalry Week. Many SEC teams are locks for a bowl game throughout late December and early January. The SEC certainly brings some of the best teams to bowl season, creating some intriguing matchups. Let’s take a look at each bowl eligible team and where they’re projected to go.

*Kentucky is playing for bowl eligibility this Saturday against Louisville.

*Missouri is playing for bowl eligibility this Friday against Arkansas.

These matchups certainly look intriguing throughout the SEC. Heading into the final week, Alabama looks to be the powerhouse as they’re the only team projected to make the College Football Playoff. However, the non-committee bowl games should turn out to be great ones, giving college football fans a great treat.

The SEC currently has two ineligible teams heading in, Vanderbilt and South Carolina. There could be two more teams falling to bowl ineligibility if Kentucky and Missouri were to lose in the final weekend.

However, if those teams were to lose, there still may be hope. The NCAA may have to include some 5-7 teams if there aren’t enough bowl eligible teams to fill the slots. The NCAA said they aren’t sure how they’ll handle the situation, but a team from the SEC could make it in with seven losses. We shall see after championship week, as final rankings and bowl games will be announced throughout the day on Sunday, Dec. 6.

Alabama going to be the champions

All about those GATORS

Vols have just learned how to win! This will carry over to next year!

Sec beware VOLS are back and were coming for the title! GBO VFL

Were coming Exactly. Like 20 years ago, hillbilly. Go Noles

Too little regard for the Iowa Hawkeyes and the Stanford Cardinal. However, Clemson has everyone appearing to lag farther behind. Watch out for the Big12 champions!

In the near future, I can see the champions of the power five conferences being matched up against the greater at-large teams; however, there shall become necessary to include a sixth, seventh, and eighth contest to create evenness along the playoff path. None of the NCAA championship playoff committee are going to liken unto my additional week playoff venues!

My foresight for an open “true playoff” venue path means four stages where the fourth culminates in the National Championship Game. It may appear timely with the NFL ProBowl? Am I wrong about the championship being pushed back into February? When is the ProBowl? Damn………….

I do not approve of the NCAA making exceptions for teams with 5-7 records. Praise
the Spirit. Amen.

Hotly toddy. We are so lucky to have Hugh Freeze

The NCAA is a joke! They will let anybody in because they take no pressure what so ever

If Mizzou not in a bowl game…. They minus well protest it that seems to work.

I am predicting that The Vols will have a 11-1 Season Next year.