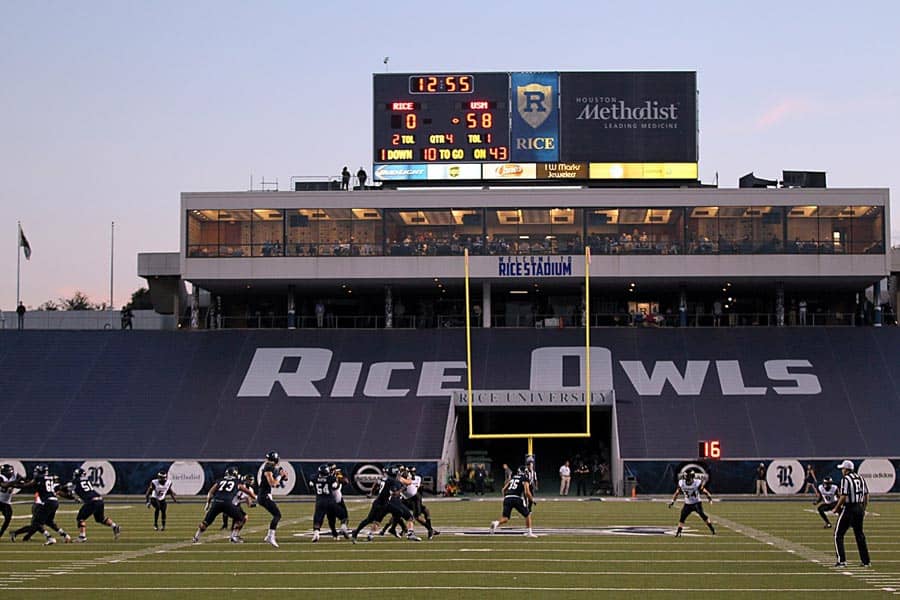 The Rice Owls will open the 2021 season at the Oklahoma State Cowboys, according to the Owls’ official website.

Rice will travel to take on Oklahoma State at Boone Pickens Stadium in Stillwater on Sept. 4, 2021. The two schools have met four times on the gridiron, most recently in 2009 in Stillwater. The Cowboys lead the series 3-0-1.

Oklahoma State is the first scheduled non-conference opponent for Rice for the 2021 season.

The addition of Rice tentatively completes Oklahoma State’s non-conference schedule in 2021. The Cowboys are also slated to host Tulsa on Sept. 11 and travel to Boise State on Sept. 18.

Rice has also published dates for a future home-and-home series with Northwestern. The Owls will travel to take on the Wildcats in Evanston on Sept. 14, 2024 and will then host NU the following season in Houston on Sept. 20, 2025.

I love that the photo attached to the post shows Rice getting beat 58 to 0. Might be a similar score when they play the Pokes