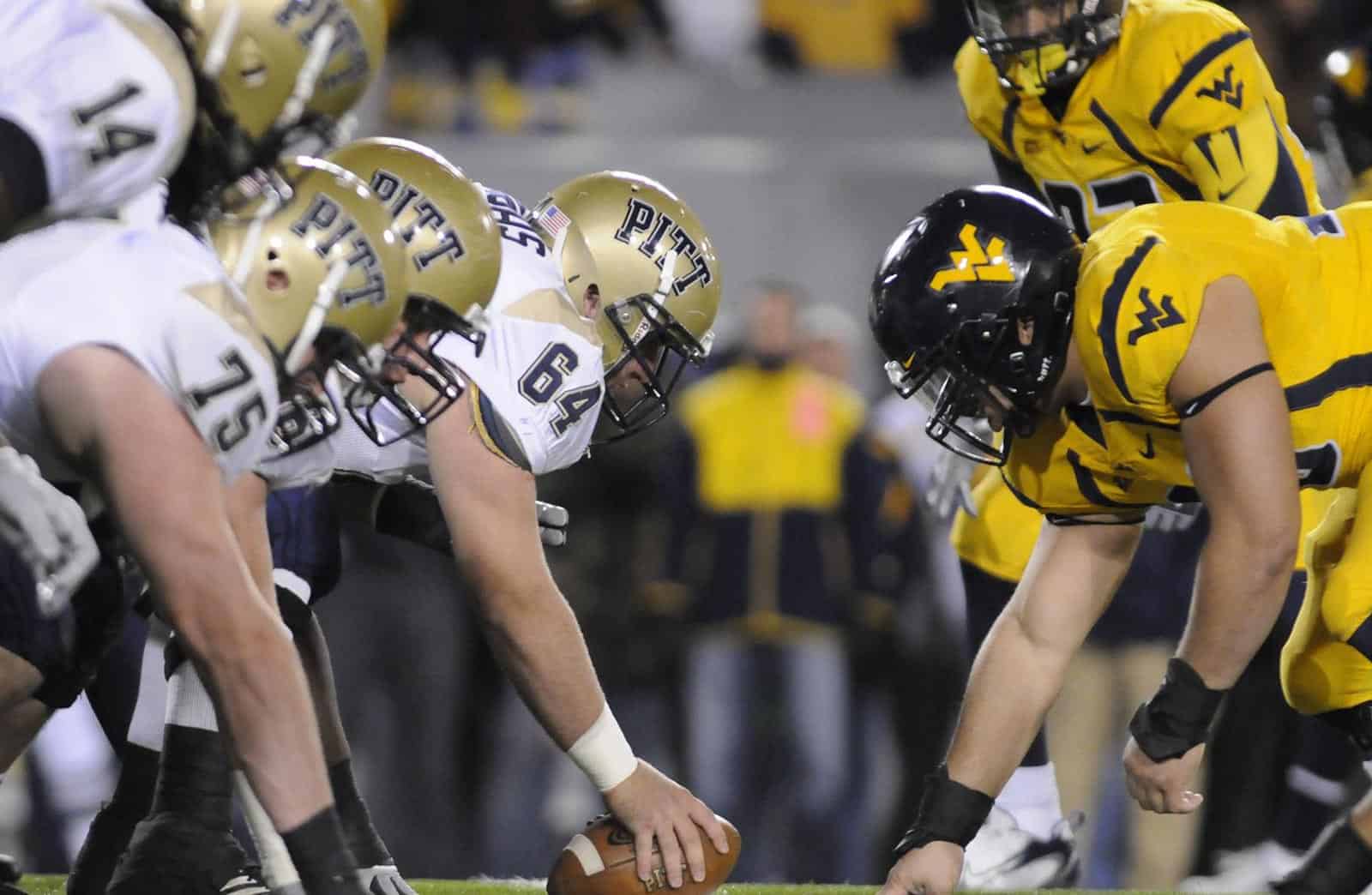 It’s been at least five years since the following rivals have clashed on the gridiron. Regardless of what caused the delay or sparked the reunion, each of these matchups deserve a hearty “Welcome Back!”

First introduced in 1957, the winner and score of each game is recorded on separate medallions placed on the oak stand that holds the Shillelagh. The Irish and Boilermakers battled for the traveling prize every year from 1957 until 2014, when Notre Dame partially joined the ACC. The Irish have won the Shillelagh 39 times (including capturing the last seven straight) vs. Purdue’s 19.

There was also a Shillelagh associated with the Notre Dame-Northwestern rivalry, but it’s now the property of an Omaha, Nebraska businessman.

The Razorbacks and Longhorns have only met five times since Arkansas left the old Southwest Conference for the SEC in 1991. Only three of these games (2003, 2004 and 2008) were played in the regular season. It’s a shame for two historic rivals who played consecutively from 1932-91.

According to ESPN the game was once the “nation’s best rivalry.” It was generally played the week after Texas’ standing date with Oklahoma in October and on many occasions had conference and national implications. Of the 24 times the two met between 1959 and 1982 both teams came into the game ranked 16 times, of these ten were played when both were members of the Top Ten. Texas leads the all-time series 56-22 but the two have split the last four.

East Carolina and Marshall clashed 15 times between 1967 and 2013, including playing in a wild GMAC Bowl in 2001 that ended in a 64-61 decision in favor of the Thundering Herd. The two shared conference membership in C-USA from 2005-13 when the Pirates joined the American.

According to the The Virginian Pilot, in 2020 “Marshall’s visit to Greenville will also commemorate the 50th anniversary of the tragic Southern Airways charter plane crash that claimed the lives of 70 passengers and five crew members returning from the Thundering Herd’s game in Greenville on Nov. 14, 1970, as depicted in the 2006 movie “We Are Marshall.”

ECU and Marshall have enjoyed a great rivalry, and this series presents an opportunity to recognize and properly pay tribute to a tragedy that ties the communities of Greenville and Huntington together. There is a special bond between our universities, and I am especially pleased we are able to come together in the spirit of support and cooperation. – ECU AD Jeff Compher

East Carolina leads the series 10-5 but the two have split the last four, the home team winning on each occasion. Two of the last three meetings were decided in overtime.

Referred to as the “Mid-South’s Oldest Rivalry” Arkansas State and Memphis have clashed 57 times since first meeting in 1914.  The matchup, also referred to as the Paint Bucket Bowl, has featured some memorable moments including a Hail Mary pass in 2006 (the “Bluff City” miracle), a bench-clearing brawl in 1992 and a controversial fifth down-play in 1987.

The “paint bucket” refers to the two schools designating “an area of campus that the winner of the Paint Bucket Bowl could color however it wished.” This was a move to squelch the “pranks” between the two schools during game week.

Memphis leads the all-time series 29-23-5 but the two have split the last four, the home team winning on each occasion. The two schools are located a mere 70 miles apart.

Nicknamed the “River City Rivalry,” Cincinnati and Pitt play for the Paddlewheel Trophy. Both pay homage to the shared connection as major cities on the Ohio river. Though the two met four times from 1921-81, the trophy was introduced in 2005 when Cincinnati signed on with the Big East. The duo clashed eight consecutive times as conference foes, each squad taking home the Paddlewheel four times. The active rivalry ended in 2013 when the Panthers joined the ACC and the Bearcats migrated to the American.

The trophy itself – a functional ship’s telegraph that lights up with the annual winner’s logo – is a whopper, standing four feet tall and weighing in at almost 100 pounds.

Ole Miss and Tulane have played 69 times previously, including consecutively meeting from 1950-65 and 1978-92. The two shared membership in the Southern conference from 1922-33 and the SEC from 1933-65 when the Green Wave declared its independence. The Rebels lead the all-time series 41-28 and have won nine straight. Tulane last won in 1987/88, back-to-back victories in New Orleans and most recently Oxford.

A costly victim of conference realignment, the 104-year old “Backyard Brawl” was suspended when West Virginia bolted the sinking Big East for the Big 12 in 2012. Athlon Sports recently ranked the rivalry at No. 11 in its Top 25 Rivalries in College Football History. The series dates to 1895 with the two meeting consecutively from 1919-39 and 1943-2011. The Panthers lead 61-40-3 but the Mountaineers have won three-straight. The two schools are located 75 miles apart.

Dubbed the “Braggin’ Rights” rivalry, Illinois and Missouri met consecutively in centrally located St. Louis from 2002-10 and also clashed at one another’s home fields regularly from 1975-80 and 1991-94. Mizzou holds a commanding 17-7 lead in the all-time series and has won six-straight. The two haven’t met since the Tigers joined the SEC in 2012.

In the 82-years the two shared membership in the Big 6, 7, 8 and 12 the two combined for a jaw-dropping 72 conference titles.

A long-lost rivalry that vanished when Penn State relinquished its independence for membership in the Big Ten in 1992, the Mountaineers and Nittany Lions met annually from 1947-92. Overall, the two have played 59 times since first meeting in 1904 – making the series the third-longest in Penn State’s football history behind Pitt (100) and Syracuse (71). The Nittany Lions hold a commanding 48-9-2 lead vs. West Virginia and have won four-straight.

2021 and 2023 are going to be good years for traditional rivalries.

Never said it was.

Need a few games to look forward to.

It would be nice to see Kansas and Missouri play again in Arrowhead Stadium a few times.

Agreed. Once a great rivalry. Needs to be revived.

Let’s not forget Texas vs. Texas A&M also. These returning rivalries should be played at the end of the regular season like they were in the past.

Tulane and LSU need to resume