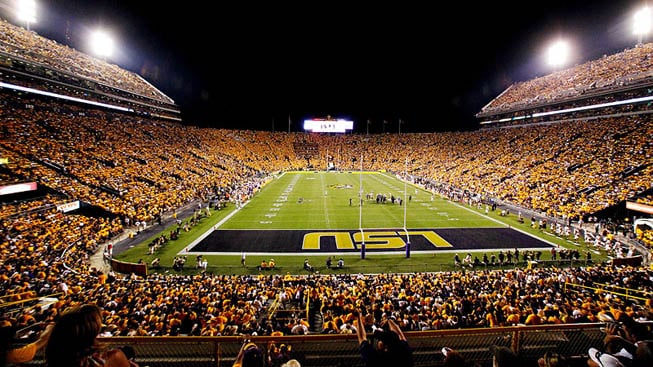 The LSU Tigers and the Syracuse Orange are working on a future football series, according to a report by Jeremy Fowler of CBSSports.com.

Fowler reported that the series will likely begin at Tiger Stadium in Baton Rouge in 2015.

The LSU-Syracuse report was later confirmed by The Advocate and Syracuse.com, with the former further stating that the second game of the series would likely be played in the Carrier Dome in 2017.

LSU and Syracuse have met twice in their history, both in postseason bowl games. LSU defeated Syracuse 13-10 in the 1965 Sugar Bowl, and then the Orange evened the series with a 23-10 victory in the 1989 Hall of Fame Bowl.

Syracuse currently only has one non-conference game announced for both the 2015 and 2017 seasons. The Orange are slated to host Central Michigan in 2015 (Sept. 19) and then again in 2017 on a date to be announced.