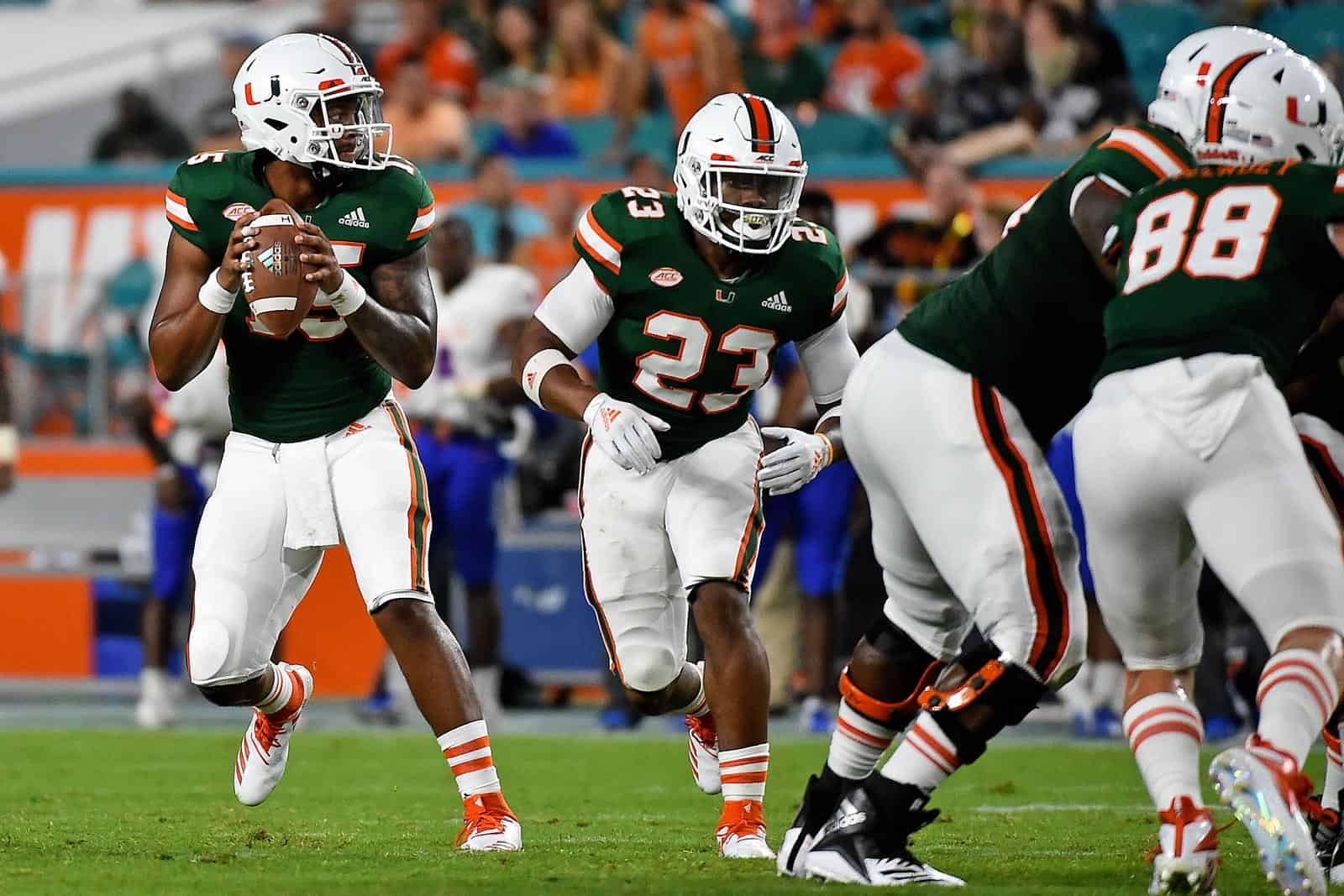 The Florida Gators and the Miami Hurricanes have agreed to a home-and-home football series in 2024 and 2025, according to a report by Brett McMurphy of Stadium.

Per the report, the Florida-Miami series will begin at Florida’s Ben Hill Griffin Stadium in Gainesville in 2024 before shifting to Miami’s Hard Rock Stadium in Miami Gardens in 2025. The two schools haven’t played a home-and-home series in consecutive seasons since 2002 and 2003.

Florida and Miami last met in Miami Gardens in 2013, which resulted in a 21-16 Hurricane victory. The two schools have met on the gridiron 55 times and Miami holds a slight advantage in the overall series, 29-26.

Back in 2016, now former Florida athletics director Jeremy Foley said the Hurricanes would not be a regular opponent on their schedule.

Florida currently has one non-conference matchup scheduled for the 2024 season and two for the 2025 season. The Gators close both seasons against their in-state rival Florida State (2024 away, 2025 home) and play host to South Florida on Sept. 6, 2025.

Miami has two non-conference opponents scheduled for both the 2024 and 2025 seasons. The Hurricanes are slated to host Florida A&M and play at Notre Dame in 2024, while in 2025 they will host both South Florida and Notre Dame at Hard Rock Stadium.

The Gators and Hurricanes are set to square off this season in Week Zero, Saturday, Aug. 24 at Camping World Stadium in Orlando, Florida. The game, dubbed the Camping World Kickoff, will be televised nationally via ESPN at 7:00pm ET.

I like Florida playing Miami, FL and Florida St in the same year. May they all be ranked in the top 25 when they play. Lots of credit two AD’s who are scheduling up.

They probably can’t play each year, but they should play more often than not. We all know it is about winning games and making the CFP, but college football attendance is down and one of the reasons may be games like Florida and Samford and Miami and Bethune-Cookman. Yes, going 10-2 as opposed to 11-1 or 9-3 versus 10-2 hurts, but the better the games, the better the interest and the better the attendance.