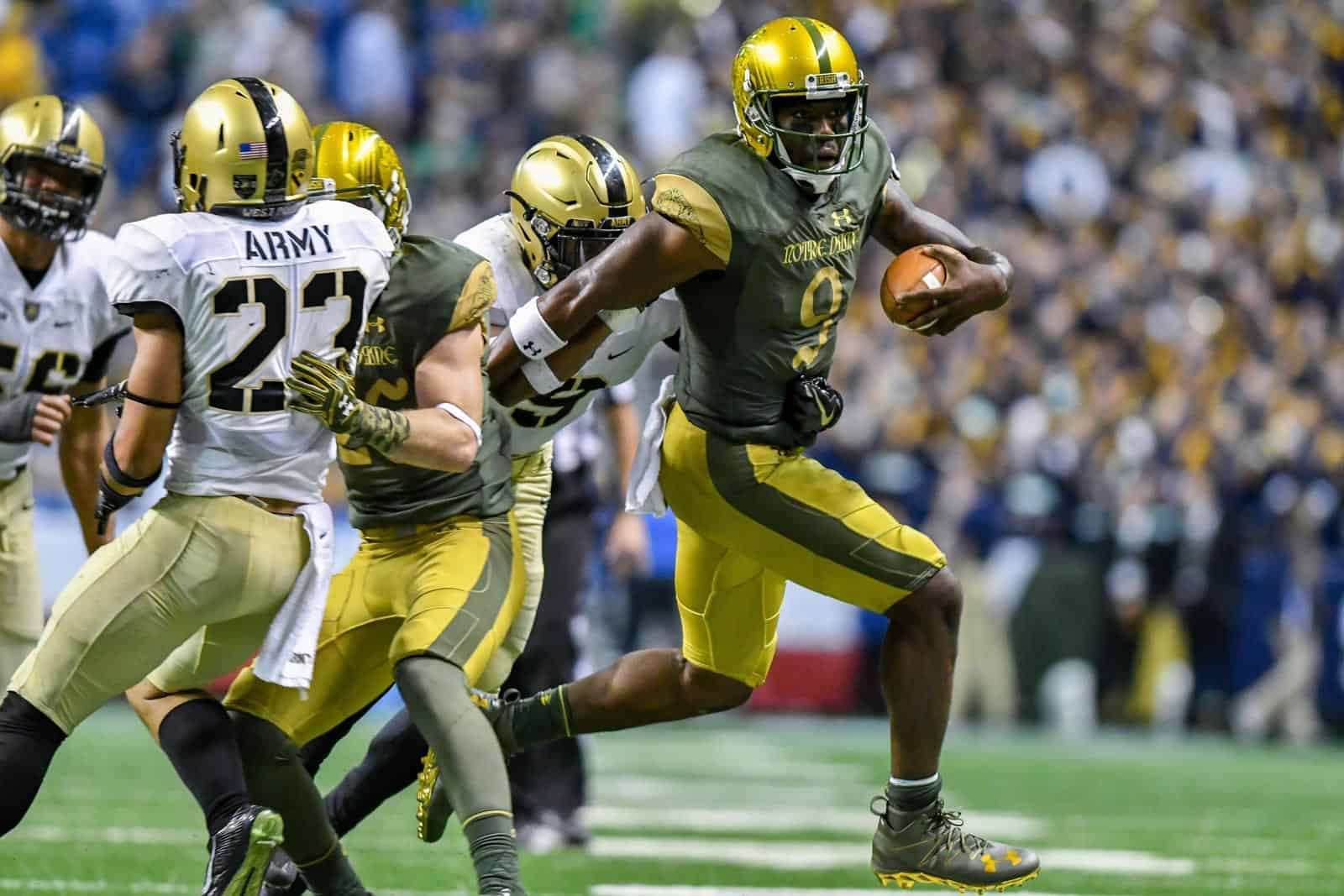 The Army Black Knights and the Notre Dame Fighting Irish will play in 2024, according to a report by Sal Interdonato of Black Knight Nation.

Army and Notre Dame, both Football Bowl Subdivision (FBS) Independents, first met on the gridiron on Nov. 1, 1913 at Army’s parade field, The Plain, in West Point, N.Y. The Fighting Irish defeated the Black Knights in that contest, 35-13.

In their most recent matchup in 2016 at the Alamodome in San Antonio, Texas, the Fighting Irish defeated the Black Knights 44-6 to extend their lead in the overall series to 39-8-4. Army has not defeated Notre Dame since a 14-2 victory in South Bend in 1958.

The 2024 game would mark 100 years since Army and the Fighting Irish played at the Polo Grounds in New York. The schools played on an annual basis from 1913 to 1947 with the exception of the 1918 postponement due to World War I.

The meeting in 2016 was actually at the Alamodome in San Antonio, Texas, not at South Bend. It was a “home” contest for Notre Dame as part of its Shamrock Series. The photo in your article was taken at that game. Note the Notre Dame uniforms that were worn in honor of Army. The green shirts were an Army shade rather than the Kelly green. The golden helmets featured a stripe down the middle similar to Army’s. Pregame ceremonies honored Notre Dame alumni that served in the Army.

Sorry, reference site had it as South Bend.