Ranking the Pac-12’s Cross-Division Schedules in 2016 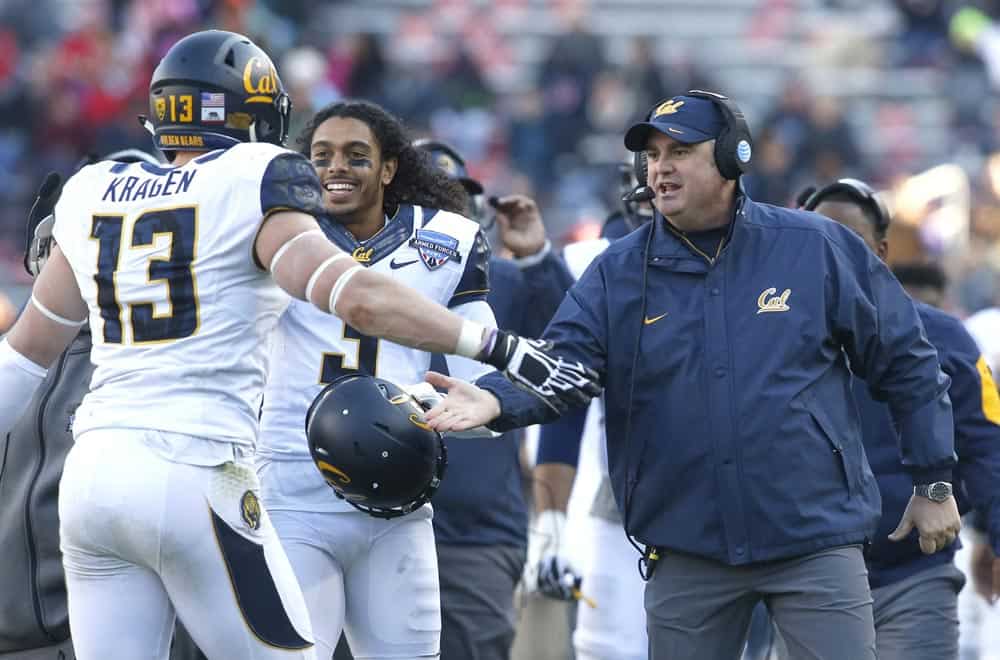 After evaluating the ACC and Big Ten’s cross-division schedules, this week we turn to the Pac-12.

With only 12 members, Pac-12 schools each play five divisional games and then four from across the conference in the other division.

It also means that no team in the Pac-12 avoids playing at least one difficult team from the opposite division.

Rankings are based on last season’s performance and projections for this year via Phil Steele.

Washington State’s four opponents from the South posted the worst combined record in 2015 of any cross-divisional package in the Pac-12.

The Bruins are the only one of the Cougars’ cross-division opponents expected to hit the preseason rankings, Phil Steele has them at No. 15.

Oregon State adds Utah to a road trip to UCLA, giving it a slight edge over Washington State.

Utah was the only program from the South to hit double-digits last season, finishing at 10-3 overall. Steele doesn’t have the Utes in his Top 25, but at No. 40 overall and No. 3 in the division.

The Ducks’ earn a paper-thin advantage over the Beavers by virtue of road trips to both USC and Utah. Also, they get Arizona State rather than Arizona, the Sun Devils earning a No. 41 mention in Steele’s overall rankings vs. the Wildcats not being mentioned at all.

Stanford draws the top two teams from the South, the Trojans and Bruins.

Steele has USC at No. 2 in the division, it returns a whopping 10 starters to an offense that averaged 33.9 points a game last season.

Working against the Cardinal in difficulty are Arizona and Colorado, Steele’s No. 5 and No. 6 picks in the division respectively.

Washington, which is expected to challenge Stanford and Oregon for dominance in the top-heavy North, won’t have to contend with UCLA, but is also one of only two North members that won’t play Colorado (Cal at No. 1 is the other). The Buffaloes have won only two Pac-12 games in the last three seasons.

The Huskies have dropped four straight at Arizona, last beating the Wildcats in Tucson in 2006.

Cal draws the four best teams in the South, also picking up road trips to Arizona State and USC.

Of the top three teams in the North—Washington, Stanford and Oregon—UCLA draws just one, the Cardinal, and it gets them at home.

At No. 10 nationally and No. 2 in the division in Steele’s predictions, Stanford won’t be easy, but the Bruins are the only team in the South to draw just one of the top three.

Utah gets Washington and Oregon, two of the North’s heaviest hitters.

Steele is high enough on Washington, which returns eight starters on offense and seven on defense, to have them at No. 8 overall and No. 1 in the division.

The good news for the Utes is they get both at home.

Colorado has to travel to both Oregon and Stanford, and then picks up Washington State, which Steele has at No. 4 in the North.

The Buffs haven’t beaten the Ducks since the 1998 Aloha Classic and haven’t won in Eugene since 1967. Their last win over the Cardinal was in 1990 and they’re 0-4 all-time in Stanford.

Like the Buffs, the Sun Devils will visit Oregon but replace the road trip to Stanford with a trek to Washington, again, arguably the best team in the Pac-12, at least in the preseason.

Cal, one of the most improved teams in the nation in 2015, should be a tougher challenge than the Beavers, who won only two games last season.

The Wildcats draw the top two teams in the North, but they get them both at home in Tucson.

The only way to know whether it’s the Buffaloes, Sun Devils or Wildcats who got dealt the hardest hand vs. the North is to let the season play out. Will Washington live up to the hype? Is it Stanford that’s really the best team, again? And what about the Ducks, are they suddenly the No. 3 program in the division?

USC faces the toughest set of cross-division opponents of any team in the Pac-12 in 2016.

Combined, the Trojans’ foes went 36-17 (67.92%) last season, the best in the conference. If that weren’t enough, they get the best-of-the-best, Stanford and Washington, on the road.

USC’s quest to become relevant again will be considerably more difficult because of its cross-division slate. Especially relative to UCLA, the South’s other legitimate contender in 2016.