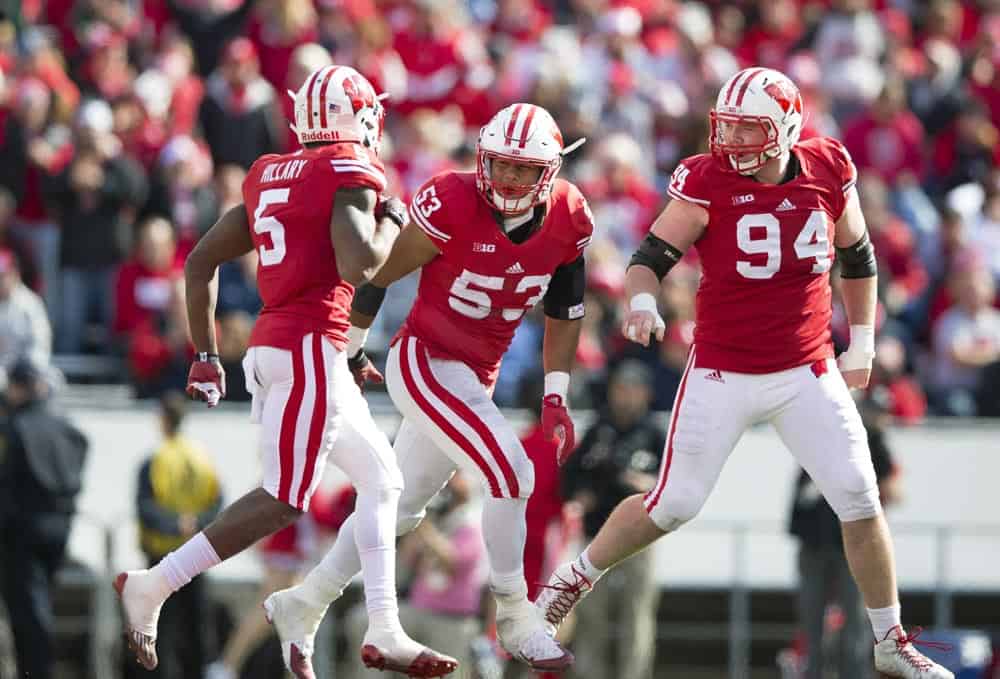 Last week, we evaluated the ACC’s cross-divisional opponents for 2016, this week we turn to the Big Ten.

It’s a new era in Big Ten scheduling, as in 2016 the league bumps-up the number of conference games each member plays from eight to nine. The additional game comes in the form of a cross-division opponent.

It aligns the Big Ten with the Big 12 and Pac-12, earning an edge over the ACC and SEC, both which still play eight league games plus one Power non-conference. It amounts to 10 of the 12 regular-season games being against full-fledged Power opponents as opposed to nine of 12.

Take a look at both the East and West divisions ranked by the strength of their three cross-division opponents in 2016.

Rankings are based on last season’s performance and projections for this year via Phil Steele.

Despite the road trip to Nebraska, where Maryland has never ventured in its football history, the Terrapins have the easiest cross-division schedule in the East.

Phil Steele has the Cornhuskers at No. 22 in his Top 25, but other sources, like ESPN, don’t mention them. Not one of Maryland’s three Western opponents posted a winning mark 2015, Purdue went 2-10 while Minnesota and Nebraska both finished at 6-7.

Even though Penn State draws the West’s preseason front-runner, Iowa, it pairs the Nittany Lions with two programs from the bottom half of the division.

Plus, it gets Iowa at home in State College where it went 6-1 last season. That amounts to six of its seven total wins.

Rutgers’ slate edges Penn State’s only because it plays Illinois instead of Purdue, the Illini posting a 5-7 in 2015 as opposed to the Boilermakers 2-10 mark.

The Scarlet Knights have only played two total all-time games against their trio of Western opponents. They’ve never played Iowa or Minnesota and split a home-and-home series with Illinois in 2005-06.

Indiana draws Nebraska and Northwestern, both who Steele has in his Top 40 at No. 22 and No. 36 respectively. Though the Wildcats may not vie for a divisional title, they did go 10-3 last season, picking up wins over Stanford, at Nebraska and at Wisconsin.

The Spartans are slated to play Wisconsin and Northwestern, two teams that combined for a 20-6 mark last season.

The good news is, Michigan State gets its fiercest cross-division competition at home. It has won four straight over the Badgers in East Lansing and hasn’t hosted the Wildcats since 2012.

Michigan’s football rebirth will be hamstringed by a road trip to top-dog Iowa and a visit from Wisconsin. The two combined for a 22-5 record last season, the best cross-division duo that any team from the East will face.

What prevents the Wolverines from earning the top spot is Illinois, which hasn’t posted a winning record in Big Ten play since 2007.

At the top of the heap is Ohio State, drawing the class of the West minus Iowa. The Buckeyes’ trio of opponents all received mention in Steele’s Top 47 rankings and are forecasted to finish No. 2 (Nebraska), No. 3 (Wisconsin) and No. 4 (Northwestern) in the division.

In addition, Ohio State has to travel to Wisconsin were it last lost in 2010—a significant defeat. If you take away the Bucks’ 6-7 finish in 2011, after the Jim Tressel fiasco, it marks the last time Ohio State suffered a road loss anywhere. They’re 18-0 in road games since.

Though a trip to Penn State is no picnic, the Nittany Lions come into 2016 after posting back-to-back 7-6 seasons, still trying to find an identity in the Big Ten’s toughest division.

Purdue’s slate is a small step-up from Minnesota’s because it gets Indiana instead of Rutgers.

While the Hoosiers aren’t exactly Ohio State, they are a program moving in the right direction, last year’s 6-7 finish their best since 2007. The losses included pushing Michigan to double-overtime (41-48) and Ohio State to the final play of the game (27-34).

The Cornhuskers not only have to visit Indiana, they’ll also visit Ohio State—arguably the best team in the Big Ten and a shoe-in for the preseason Top 10.

Iowa draws Penn State on the road and then hosts Michigan, effectively squaring off with two of the four best teams from the East.

Steele has the Wolverines at No. 12 nationally and No. 2 in the division. ESPN’s latest Way-Too-Early Top 25 put them as high as No. 3 overall.

Illinois’ quest to achieve bowl eligibility for the first time since 2014 will be two games more difficult with both Michigan teams on its slate.

The Spartans have suffered a mere five losses over the last three seasons, but return just four starters on offense and six on defense. Steele has them at No. 3 in the division and No. 13 overall.

Northwestern draws a lethal double-road trip to Michigan State and Ohio State and then hosts the rising Hoosiers.

The toughest cross-division slate in the West belongs to Wisconsin, who is set to face each and every member of the top-heavy East’s “big three.”

If that weren’t enough, they get both Michigan teams on the road.

It amounts to three additional games vs. Top 25, or perhaps Top 10 opponents. That’s a two-game disadvantage vs. Iowa and Nebraska, the other frontrunners in the West.

Well, what have we here?

Y’all split yours up by division, but with the exception of the order of Indiana and Rutgers, this is the exact same order I came up with.

Shep, big deal for Bucky. It all cycles. The previous two years Wisconsin played both Rutgers and Maryland (home and away) for their two cross over conference games and in 2017 they play Indiana, Maryland, and Michigan(at home). They’ve had it easy for awhile now, so I guess it’s their turn, no tears shed.